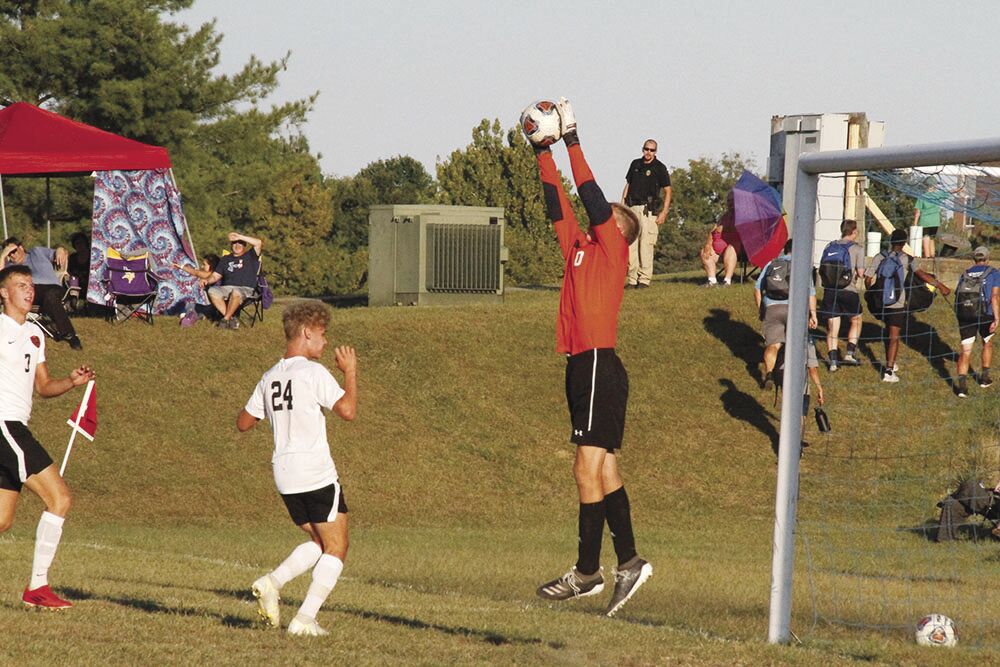 Canton goalkeeper Preston Brewer leaps up to make a save as Hannibal’s Maddox Tharp and Ashlin Sharkey approach in Thursday’s game at Culver-Stockton College. 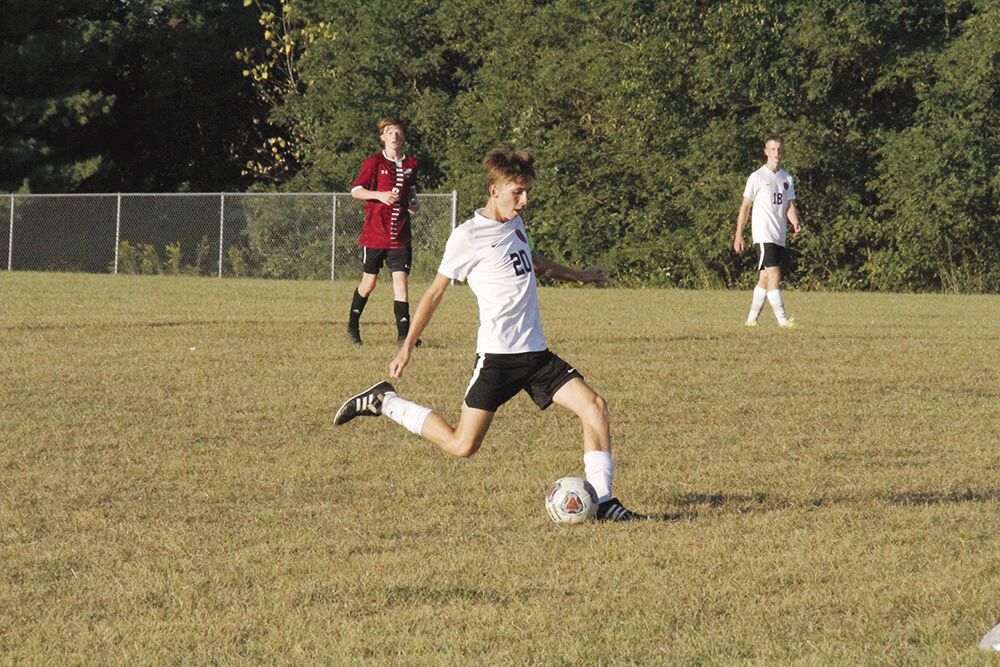 Hannibal junior midfielder Karson Westhoff kicks the ball during the second half of Thursday’s game against Canton at Culver-Stockton College.

Canton goalkeeper Preston Brewer leaps up to make a save as Hannibal’s Maddox Tharp and Ashlin Sharkey approach in Thursday’s game at Culver-Stockton College.

Hannibal junior midfielder Karson Westhoff kicks the ball during the second half of Thursday’s game against Canton at Culver-Stockton College.

CANTON, Mo. — There was not much offense during Hannibal’s 1-0 win against Canton at Culver-Stockton College on Thursday.

An early goal by freshman midfielder Maddox Tharp off an Treyton Hobart assist would be all the scoring as both team struggled to get any offensive rhythm going.

“DaeShon (Glasgow) has got those really good throw-ins and guys are getting good corner kicks for us, but we are not scoring very many goals off those things,” said Hannibal head coach Eric Hill. “I think that’s part of the fact we just don’t go up and challenge those things. We need to keep the ball on the ground, we need to move the ball and play with the feet.”

“It was a fight,” Mueller said. “It’s not like one team is better than the other. It’s not like Hannibal dominated. We had chances and we didn’t put them away. (Hannibal) put their chance away.”

“They are both doing a phenomenal job,” Mueller said. “Preston Brewer came in during the second half and he’s missed a week. He didn’t really miss a beat. We don’t really have a starting goalkeeper yet and we are working on that.”

Despite the win, Hill feels like Hannibal played flat on Thursday.

“I don’t think that we came here with the right mindset ready to play,” Hill said. “I feel like we need to get away from taking our time setting up and just hitting long balls. Got to move the ball, play the ball at the feet and make 10 to 15 yard passes instead of sending stuff in the air.”

The Hannibal junior varsity team won 3-1 in one half of soccer against Canton and now have a 3-1-1 record.

Mueller said the players will get rehydrated and be ready to play in a back-to-back game against MMA.