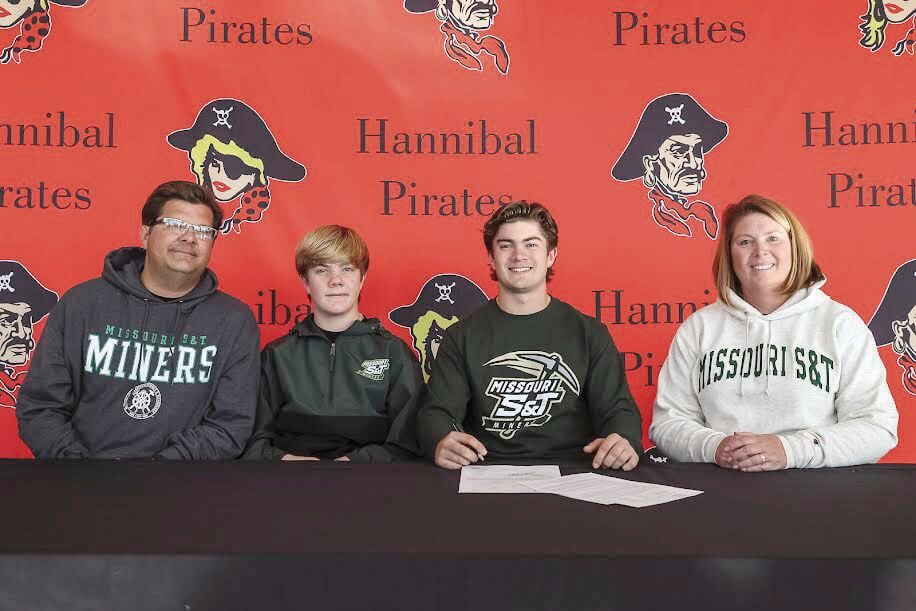 Hannibal senior Keaton Scott with his family after signing his letter-of-intent to play baseball for Missouri S&T after he graduates. From left to right: Troy Scott, Cooper Scott, Keaton Scott and Andrea Scott. 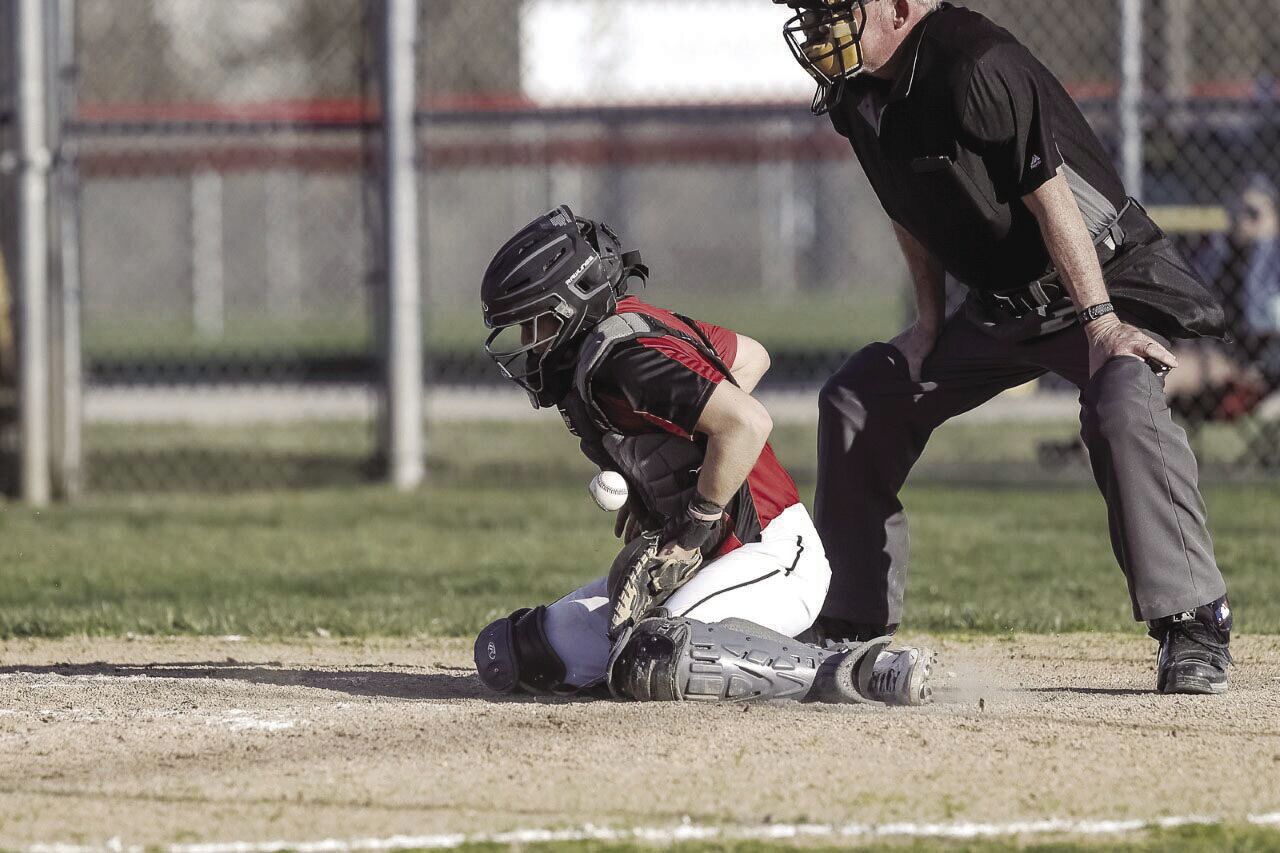 Hannibal senior Keaton Scott with his family after signing his letter-of-intent to play baseball for Missouri S&T after he graduates. From left to right: Troy Scott, Cooper Scott, Keaton Scott and Andrea Scott.

HANNIBAL — Hannibal senior Keaton Scott signed his letter-of-intent to enroll and play baseball for Missouri S&T during a ceremony at Korf Gymnasium on Tuesday.

“The way they see me fit into the program is where I want to be and see myself as,” Scott said. “I went down on my visit and loved campus and loved Rolla. We are going to compete for a conference title every single year. Going to compete in regionals and try to win a D-II national championship.”

Scott has been part of Hannibal’s baseball team since his freshman year and was the Pirates starting catcher on the 2021 team that set a school single-season wins record.

Hannibal head coach Ian Hatton said Scott has been an important part of the success the pitching staff has had in recent seasons.

“With the development of our pitchers, he’s been outstanding,” Hattons said. “We’ve been able to rely on (Scott) back there, who is as good defensively at blocking balls and throwing guys out as he is at calling a game. It’s a great plus for our team and me as a coach.”

Scott said Hannibal has a great pitching staff with Aaris Stolte, Tanner VanWinkle and Alex Friday in it.

“I would like to think I’ve contributed to their success a little bit, but at the end of the day they’ve got to execute pitches,” Scott said. “The starters do a great job and the bullpen comes in and they do a great job. I try to keep them level-headed.”

Scott’s defensive ability was recognized by the coaching staff during his freshman season, although he was not a starter at the time.

Hatton penciled Scott in at third base during the district championship game in 2019 so he could move his starting third baseman to another position.

“(Third base) is a tough position to play in high school, especially for a younger guy,” Hatton said. “He stepped in and made a couple of huge plays for us defensively in that game. We ended up losing that game, but at that point we knew what we had defensively (with Scott).”

Although Scott is known for his defense, Hatton feels that he will have a strong offensive year as a senior in 2022.

“He was dealing with some injuries last year and we are really going to need him to fill some spot at the top of the lineup and be great defensively,” Hatton said. “I think we know what we will get defensively ... but I really expect for him to take off offensively this year.”

Scott said hitting is actually the favorite part of his game.

“I love catching and love my craft,” Scott said. “Nothing quite beats the feeling of barreling the ball in the left-center or right-center gap. I love to hit, man. I love that feeling of stretching a single into a double.”

Scott added that Hannibal had a close-knit team last season in the return from the pandemic-canceled 2020 season.

“I think this year’s team is going to be the same way,” Scott said. “I hope the best memories are ahead of me. Hopefully a conference title and a district title. We’ll see what happens.”

Scott pointed to Yadier Molina and Albert Pujols as his favorite major league players and added he was a big Cardinals fan.

Once Scott graduates and attends Missouri S&T, he plans on majoring in business finance.

“Really what I want to do is go to law school eventually, and focus on contract law” Scott said. “Then I want to stay in baseball in a role as a player agent or a front office executive.”