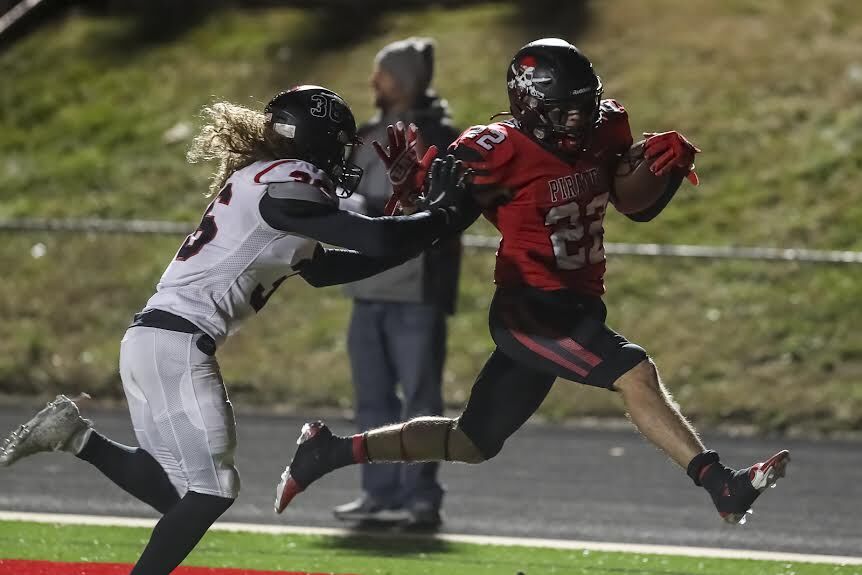 Hannibal sophomore running back Aneyas Williams high steps into the end zone during the Pirates Class 4 quarterfinal game against the West Plains Zizzers at Porter Stadium in Hannibal on Friday, Nov. 19. 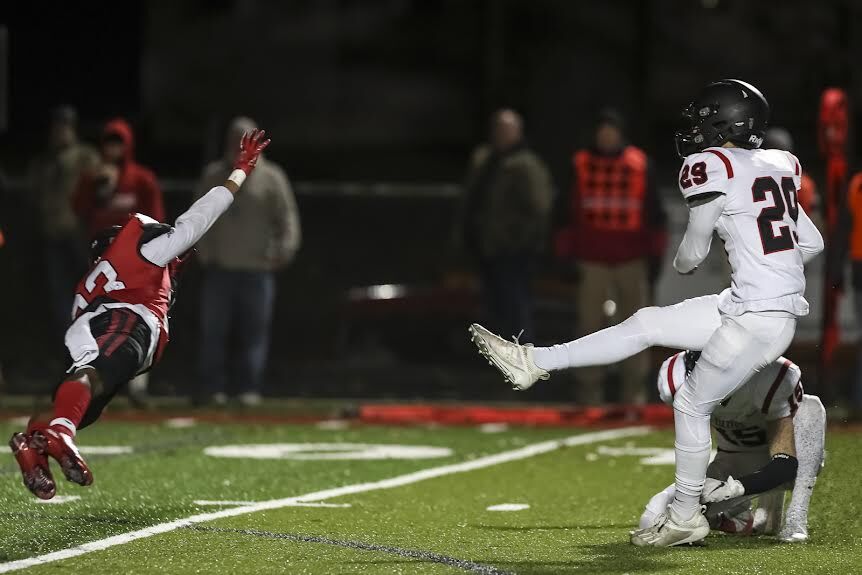 Hannibal sophomore running back Aneyas Williams high steps into the end zone during the Pirates Class 4 quarterfinal game against the West Plains Zizzers at Porter Stadium in Hannibal on Friday, Nov. 19.

HANNIBAL — Hannibal has reached the state semifinals for the first time in 15 years as the Pirates hope to continue their postseason run on Saturday.

The Pirates have had a record-setting season with a couple of players having historic seasons for Hannibal.

Hannibal senior quarterback Courtland Watson broke the single-season records for passing yards (1,792) and passing touchdowns (32), which were previously held by Gabe Worthington in 2018 and Watson in 2019.

Williams also broke the single-season touchdown record with 42 after a five-touchdown performance last week. He has 859 rushing yards for the season as well.

Hannibal junior defensive back Markahl Humphrey is coming off a big game against West Plains, coming up with an interception and a key blocked field goal that prevented the Zizzers from getting the lead.

All-Conference senior defensive back Kaiser Greenwell also had an interception late in the game to seal the win for Hannibal.

Besides defeating West Plains in the Class 4 state semifinals last week, Hannibal also defeated Warrenton 76-6 and Jefferson City 47-0 on its way to the Class 4 District 5 championship.

North County is coming off a 49-24 win over Vashon in the Class 4 state semifinals. The Raiders defeated DeSoto 55-14, Farmington 56-20 and Hillsboro 24-0 on its way to the Class 4 District 1 championship.

Raiders junior Jobe Smith is coming off a huge game for North County. Smith rushed 18 times for 180 yards and four touchdowns, while also returning an interception and a punt for a touchdown.

North County quarterback Nolan Reed completed 4-of-6 passes and had 10 carries for 53 yards in last week’s quarterfinal win over Vashon.

Hannibal fans will need to purchase tickets through the MSHSAA website for the Class 4 state semifinal against North County at Bonne Terre. No tickets will be sold at the gate.