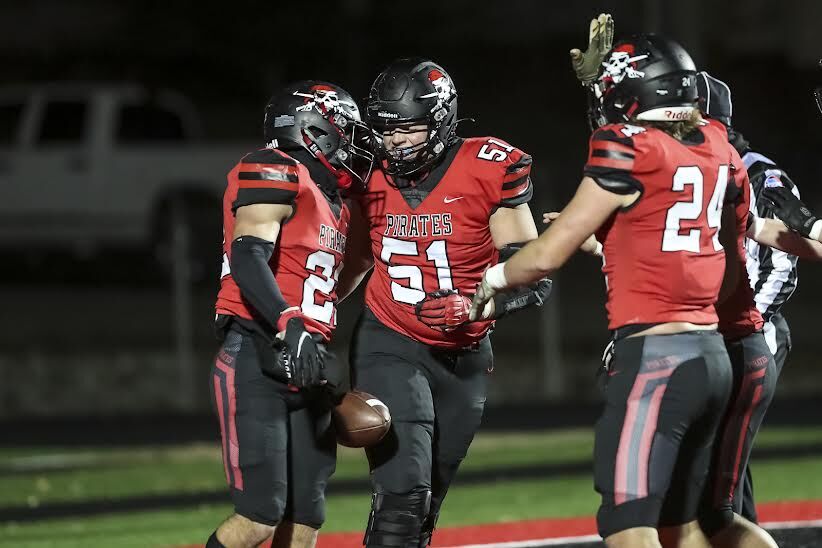 Hannibal’s Aneyas Williams (22) celebrates with Caden Selle (51) and teammates after scoring a touchdown during the Pirates district championship game against the Jefferson City Jays in Hannibal Friday. 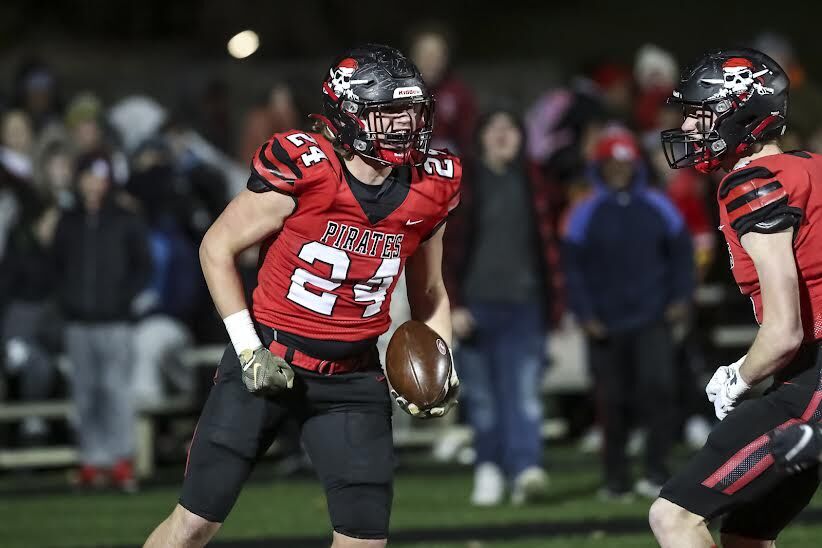 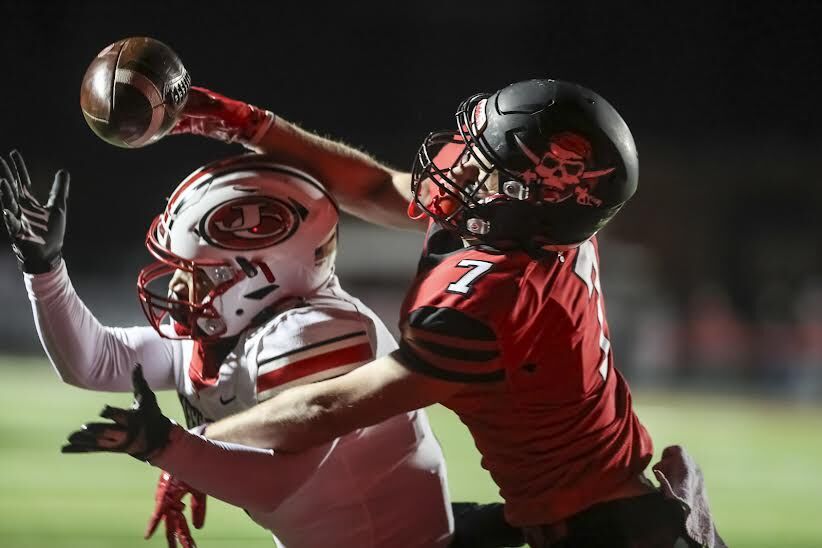 Hannibal’s Kaiser Greenwell (7) knocks the ball away from a Jefferson City receiver during the Pirates district championship game against the Jays in Hannibal Friday. 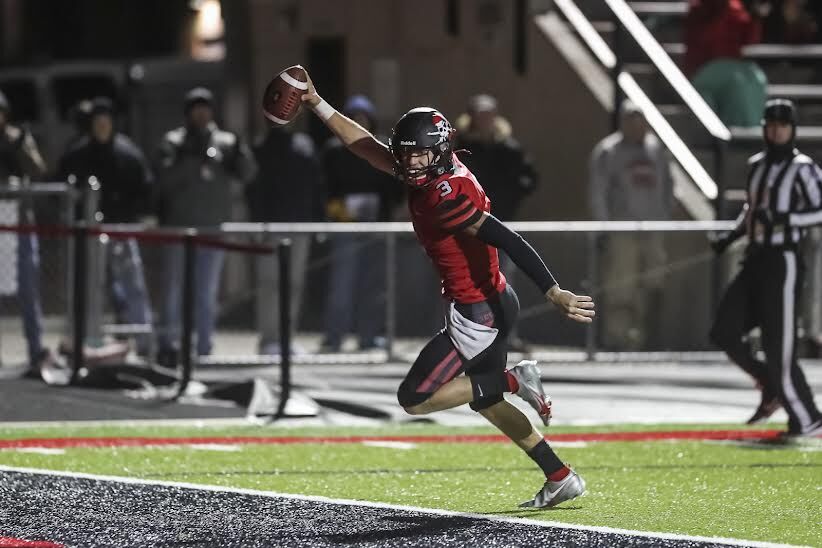 Hannibal’s Aneyas Williams (22) celebrates with Caden Selle (51) and teammates after scoring a touchdown during the Pirates district championship game against the Jefferson City Jays in Hannibal Friday.

Hannibal’s Kaiser Greenwell (7) knocks the ball away from a Jefferson City receiver during the Pirates district championship game against the Jays in Hannibal Friday.

HANNIBAL — The journey continues for Hannibal, with the Pirates defeating Jefferson City 47-0 in the Class 4 District 5 championship game at Porter Stadium on a chilly Friday night.

It was the second time this season that the Pirates defeated Jefferson City, with Hannibal also winning the Week 2 regular season matchup.

The Pirates took no time on their opening possession, taking six plays to find the end zone with a 24-yard run by quarterback Courtland Watson.

Jefferson City’s opening possession would have several first downs but would not be able to capitalize and turn the ball over on downs.

The Pirates answered again on their next possession with another quarterback run by Watson for 31-yards giving them a 12-0 lead.

In Hannibal’s opening possession in the second quarter, they would need two plays to find the end zone with a 73-yard run from Aneyas Williams.

The Jays offense would continue to struggle as Williams would force a fumble from the Jays at their own 15-yard line and Kane Wilson would pick it up and run it in for a touchdown for the Pirates giving them a 27-0 lead.

“It was the best moment of my life,” Wilson said. “It is all I have ever dreamed about. It wasn’t just me. It was my teammates. They were all making tackles and coaching. They made the right call and we all executed on that play.”

The Jays struggles would continue with penalties and would be forced to punt to the Pirates. The Pirates would answer right back with those mishaps and have several runs by A.J. Thomas.

The Pirates would take four plays to find the end zone on a 25-yard pass from Watson to Williams giving the Pirates a 34-0 lead.

Williams would return a punt for a 64-yard touchdown, giving the Pirates a 41-0 lead before halftime and enforcing the running clock in the next half.

The Pirates defense would come out strong to start the third quarter. John Clubine would have several stops for the Pirates.

Williams would find the end zone on a screen play going 34yards for a touchdown, giving the Pirates their last touchdown of the night.

“Kids came out great tonight,” said Hannibal head coach Jeff Gschwender. “They executed well offensively and defensively. They played class act football. We kept our heads on and kept playing hard regardless of what the score was. There were times it could have gotten pretty chippy out there and calming down and playing great football.”

Williams had 117 yards on eight carries with a touchdown, while having three catches for 98 yards and two touchdowns. Thomas had 96 yards on 13 carries.

“We are going to come out and prepare like we have every single game this week,” Gschwender said. “We have a great group of kids and coaches. Our seniors are outstanding in making sure everyone is preparing themselves. They have had a goal from the beginning of the year and this is the next step in that goal.”