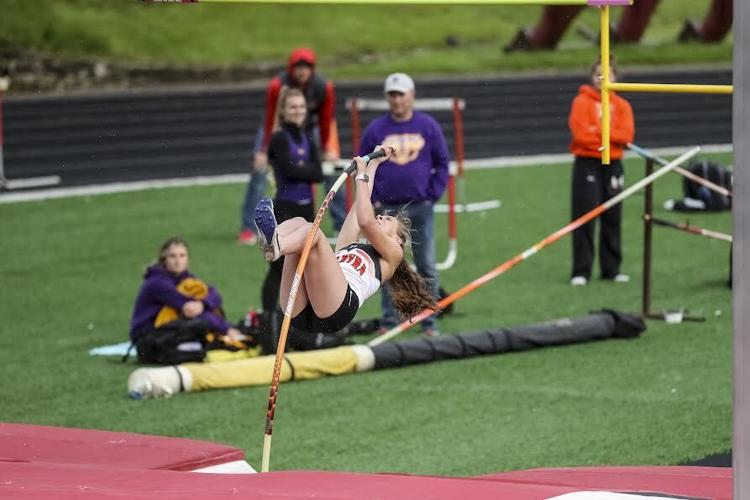 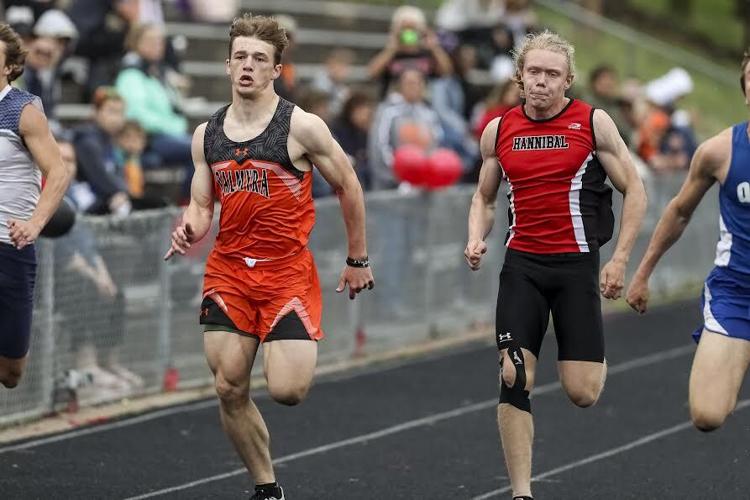 File photo of Palmyra junior Hayes Miller running in the 200-meter dash during the Mark Twain/Becky Thatcher Relays on Friday, April 29 at Porter Stadium in Hannibal.

File photo of Palmyra junior Hayes Miller running in the 200-meter dash during the Mark Twain/Becky Thatcher Relays on Friday, April 29 at Porter Stadium in Hannibal.

PALMYRA, Mo. — It has been a season of change for Palmyra as it enters the Class 3 state track and field championships this weekend.

Not only did Palmyra move up to Class 3 from Class 2 this season, it also debuted two new head coaches with Macy Bross leading the girls squad and Nick Powell leading the boys squad.

“Looking at what we have to compete against (at state), we know we are going to have to have our best (performances),” Bross said. “They’ve been working hard all year. So, we’ve been competing in a lot harder competition this year to try to get better since we knew we were Class 3.”

Sophomore Candra King returns to the state meet after winning the girls discus and placing second in shot put.

“A few weeks back I was going through a slump and my brother (Weston King) kind of helped me get out of it,” King said. “In districts, I was just trying to get by and then in sectionals, I really changed my mindset because shot put wasn’t going great. I came out with the first throw and it was pretty good, so I felt like I could relax in the last three throws.”

During practice, King did heavy lifts on Monday, focused on shot put on Tuesday and then focused on discus on Wednesday. On Thursday, King and the track team went down to practice at Jefferson City.

King is hoping to improve upon her results from last year’s state meet, where she placed seventh in shot put and 15th in discus.

“This year, my mentality is more like let’s go in and do some work,” King said. “Honestly I’ll just do my thing because last year my mindset was not at the right place. This year, I kind of know where I need to be.”

Redd was the Class 2 girls pole vault state champion in 2021.

“It would mean great things for us (to have a good showing at state),” Redd said. “It would show everyone how much work we actually put into this, how much of our time we put into this and how much it actually means to us.

Loman placed eighth in pole vault in Class 2 as a freshman last year.

“I think it means a lot (for us to make state) because we both worked really hard this season and last season,” Loman said. “We help each other a lot and I don’t think either of us would be as far as we are without each other.”

Both athletes have formed a bond over the past couple of years.

“(Loman) came up with us last year and now has this experience,” Redd said. “Now that she’s a lot more experienced, she’s done a lot better this year. It’s so fun going to track meets with her. She’s become my best friend, so going to state in the same event with my best friend is great.”

Loman is also part of the 4x800-meter team that qualified for state as its second runner.

The 4x800-meter relay team placed fourth at the sectional meet, and has Jeorgia O’Brien leading off, with Aly Noland as the third runner and Laurin Sheputis as the closing runner.

“We kept trying to tell (O’Brien) that she’s just got to stay up there with the pack,” Bross said. “We didn’t expect her to be second or third, but just didn’t want a huge gap between her and that group of girls. Coming out of the gate, she did excellent with it.”

O’Brien ran three seconds faster than she did at the previous meet.

“Then my other two runner before Laurin — Alaina and Aly — did great by moving up in spots to try to get us up into that position for Laurin in that last leg,” Bross said.

Senior Jansen Juette placed second in girls triple jump at sectionals, and will close out her high school career on Saturday morning at the state meet.

Juette had a jump of 10.44 meters in her first attempt, which put her in good position to advance early on.

“Glad we got that one out of the way before the weather starting getting bad again on Saturday,” Bross said. “She did really good and it was a really tough field. A lot of great jumpers there.”

Freshman Sydney Compton is competing in the girls 110-meter hurdles after placing fourth in the sectional meet with a time of 17.34.

“I was extremely happy, but also surprised because with the field of hurdlers that were there was going to be extremely hard,” Bross said. “She worked extremely hard all week long on her three-step and working on being more explosive off the blocks. It really paid off.”

Junior Hayes Miller will compete in three events at the state meet, the boys 100, 200 and 400-meter dashes.

Miller placed third in both the 100 and 200-meter dashes at sectionals.

“I didn’t run my best race, but that’s ok because I was able to go on to state, which is my main goal,” Miller said. “The only thing that really matters is the state race. So, I was just blessed and thankful to get enough time that I was able to advance.”

Miller placed second in the boys 400-meter dash with a time of 50.42 at the sectional meet.

Miller has been working on block work during practice to shave milliseconds of time in his races.

“If it happens, it’s great and all glory to God,” Miller said about what a good showing at state would mean to him. “If it doesn’t, I’ll just keep grinding to do better and won’t let it get me down.”

“(Pennewell) is going to do some great things there,” Miller said.

Palmyra will compete in the Class 3 state track and field championships on Friday and Saturday.

“I know they are going to do great, rather if they make the podium or not,” Bross said. “I’m just excited for them to have this experience and see what all of their hard work all year is going to come down to.”