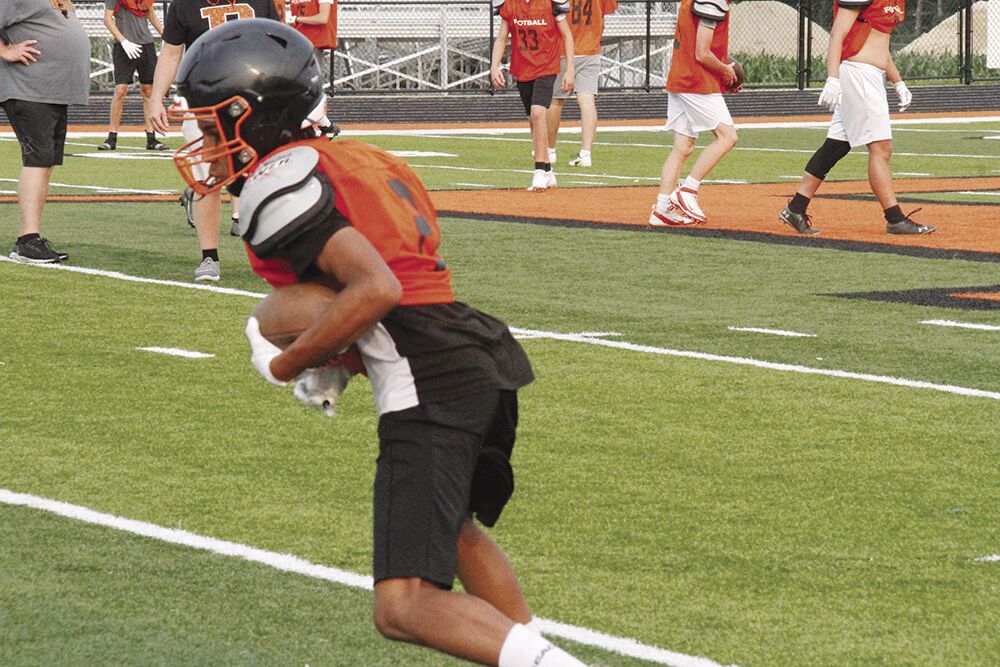 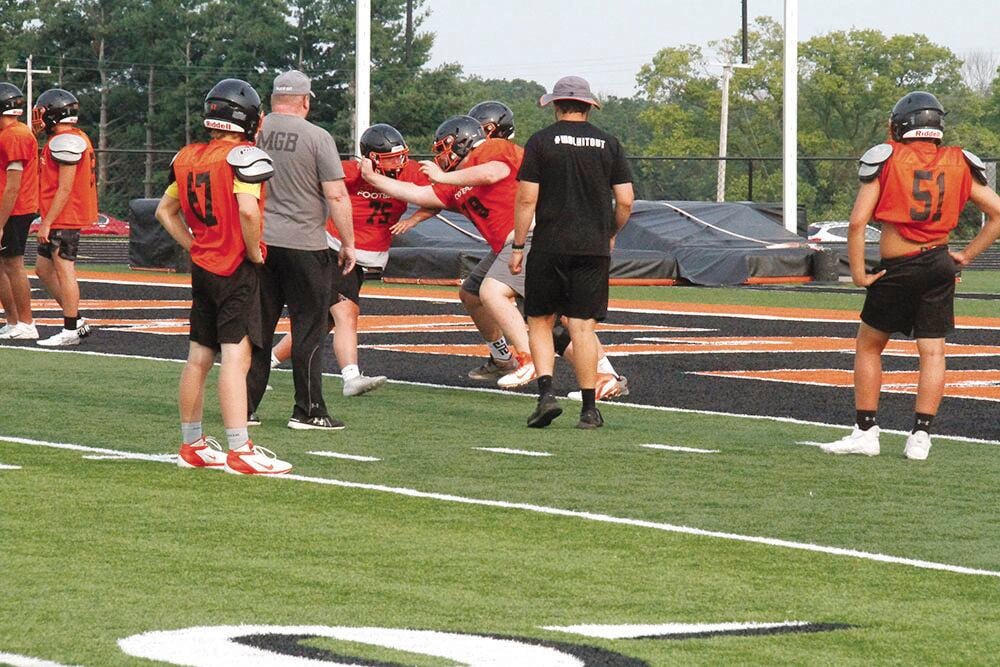 Coaches and players watch sophomores Zeke Meyers and Gage Barnett participate in a blocking drill during practice at Palmyra High School on Tuesday.

Coaches and players watch sophomores Zeke Meyers and Gage Barnett participate in a blocking drill during practice at Palmyra High School on Tuesday.

PALMYRA, Mo. — Palmyra has been one of the powerhouse teams in the Clarence Cannon Conference the past decade and are coming off a 12-1 season that took the Panthers all the way to the Class 2 state semifinals.

It’s only natural that conference opponents have extra motivation going into their matchup with Palmyra with the aim to knock them off their perch.

“I think Palmyra always does (have a target on its back),” said Palmyra football head coach Kevin Miles. “I think everyone wants to knock us down and knock us off the pedestal that somebody put us on. We don’t put ourselves on a pedestal, but I think a lot of other schools think that we are the team to beat.”

Beating Palmyra is not an easy task.

Consider that the Panthers outscored their opponents by a 398-202 margin in 2020. The defense shutout two teams and limited three other teams to just one score last season.

“I think there are a lot of teams that come into that week and think that we want to knock Palmyra out,” Miles said. “So that becomes a bit of a challenge for us, but it also helps fuel our kids. We know our kids are going to be competitive and we are going to push and we are going to continue to work hard.”

The formula has worked for Palmyra and they have not had a losing season since 2011. Since 2012, the Panthers have had a 82-35 record and three district championships.

The Panthers hunger for more after coming within a game of the state championship last year.

Junior quarterback and safety Collin Arch wants to bring home a state championship with a team that will look a lot different than last year’s version.

“They have big shoes to fill, but I think they will definitely be able to do it,” Arch said. “I think it’s more of a motivation for us (to prove) we are ready to fill the roles.”

Senior defensive back and running back Landyn Smith said he only has team goals entering his final season and that is to return to the state tournament.

“We know the capability to go last year and we (lost) in the semifinal game,” Smith said. “That gives me more fury to get back there.”

Still, the Panthers have plenty of talent returning for 2021.

“Right now, we just want to make sure we are doing things right,” Miles said. “Making sure we are being physical, but we are doing it in the way it needs to be done. Taking care of the little things and keep holding that tradition we built here over the past 10 years.”