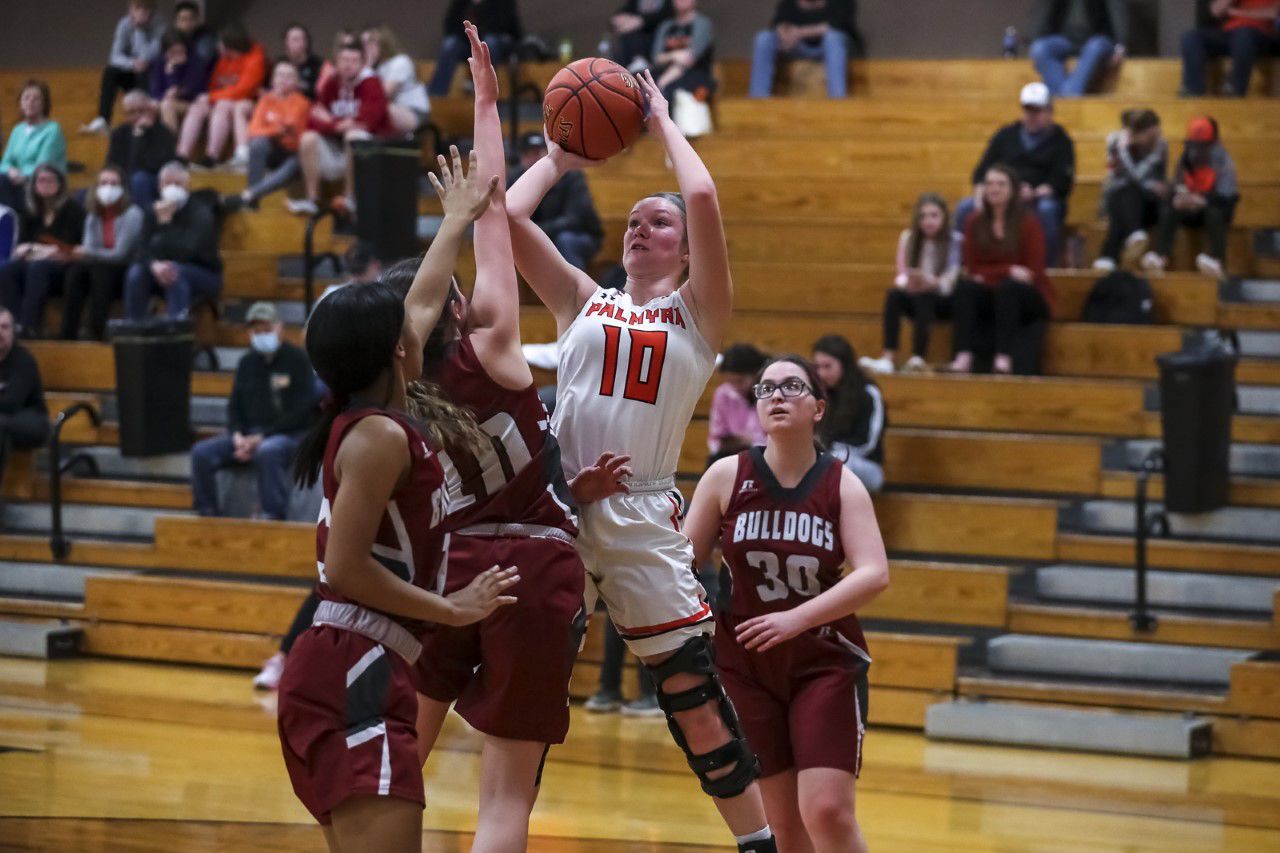 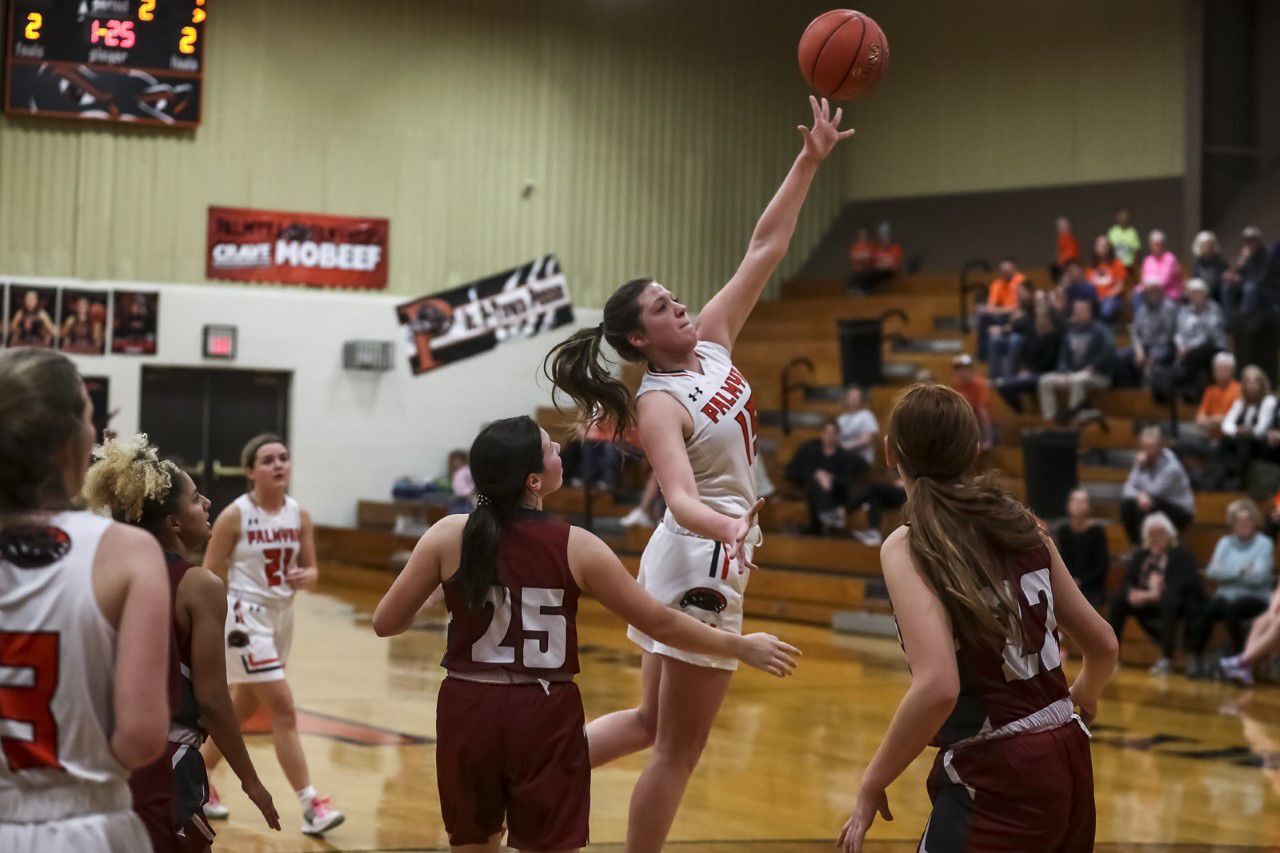 PALMYRA, Mo. — Not much got past the Palmyra defense during Tuesday’s Class 3 District 6 first-round game against Louisiana.

Louisiana was held to 12 points, as Palmyra cruised past the Lady Bulldogs on its way to a 60-12 win.

“Our defense has been good all year,” said Palmyra head coach Alex Brandenburg. “I was really happy to see us step up to the challenge tonight and hold them to few points. We knew we could give them problems defensively and we executed pretty well.”

Palmyra continued to put more distance between Louisiana as the game went on. The Lady Panthers held a 14-2 lead at the end of the first quarter and took a 30-5 lead to halftime.

Palmyra continued its dominance in the fourth quarter, holding Louisiana scoreless for the quarter.

The Lady Panthers also dominated the boards, with Palmyra pulling down 24 rebounds compared to 11 from Louisiana.

“We have players that are really good on the boards, so I was pleased with the effort on rebounds,” Brandenburg said. “I was happy with the fact that we beat them. Especially on the offensive end, we got a lot of second chances.”

Palmyra was led offensively by senior forward Rylie McKinney, who scored a team-high 12 points and pulled down four rebounds.

Brandenburg said McKinney has been playing great for the past month.

“I’m really happy with how she’s been playing offensively,” Brandenburg said. “She’s been good defensively all year for us. It’s fun seeing her put the whole thing together here in the final stretch when you want it the most.”

Brandenburg said Redd had an outstanding game against Louisiana.

“Abbey plays with a ton of energy, so she did a good job tonight,” Brandenburg said. “She attacked the basket and did a lot of really good things.”

“Megan works hard ... and she plays really hard,” Brandenburg said. “She is the senior leader that we need. She has a way to be in the right spot to find the ball a lot of times, and can hit those shots.”

Louisiana freshmen Tyonna Campbell and De’Prisha Chatman tied for the team lead in scoring with four points. Campbell was the Bulldogs leader in rebounding with three.

“Elsberry has won a lot of games this year and they can score it inside,” Brandenburg said. “So, we got to be ready to defend the ball inside.”