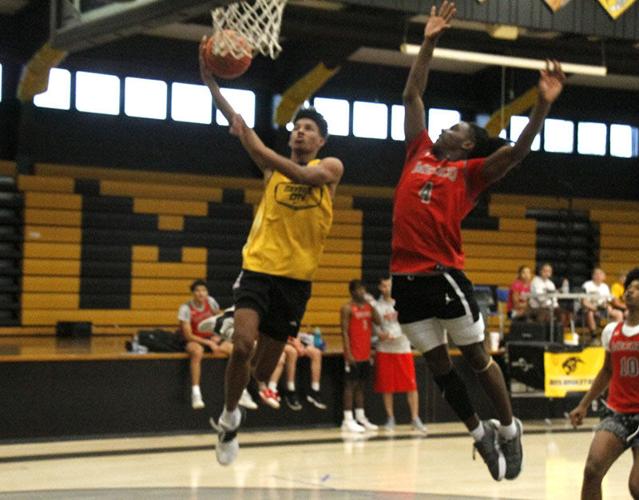 Monroe City’s Jaylyn Countryman goes in for a layup in a game against Mexico during the Monroe City Summer Shootout on Tuesday. 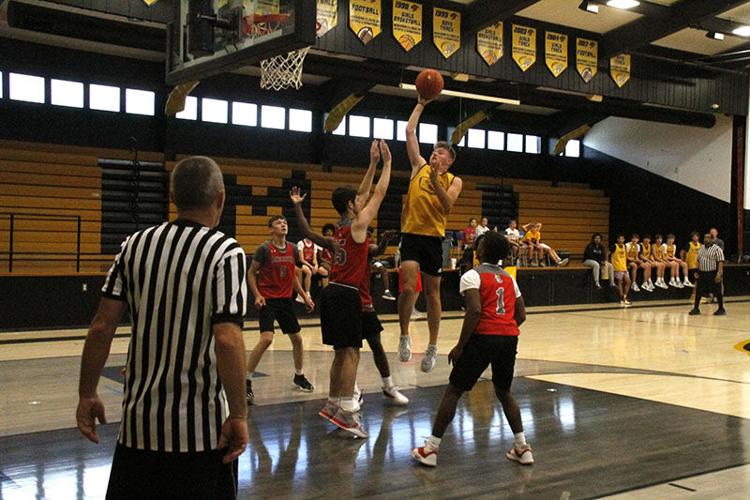 Monroe City’s Jaylyn Countryman goes in for a layup in a game against Mexico during the Monroe City Summer Shootout on Tuesday.

MONROE CITY, Mo. — It’s a fresh start for Monroe City boys basketball after the graduation of 10 seniors, including all five starters from last year’s team.

The Panthers started preparing for the future this week, holding the Monroe City Summer Shootout with numerous schools from Missouri, Iowa and Illinois in attendance.

“Teams will play teams they don’t normally get to play and maybe from some different classes (and states),” said Monroe City head coach Brock Edris. “We try to set the schedules up that help each program and what that coach is looking for to play against. I think we are in a great location and we’ve had some really great basketball programs come here to play.”

While Monroe City is in transition to a new group of players, experiences such as the Monroe City Summer Shootout help them gel together and improve.

“I think anytime in the summer when you get to see your players and try to get to know them a little bit better and try to implement some things that you are planning on using during the season is beneficial,” Edris said. “Also, to see what you have and see what strengths your team needs to play at to compete. It’s been good to see a lot of new faces and try to put those puzzle pieces together and see what works best for us.”

Monroe City is also trying to mix in players who played on the junior varsity squad last season.

“If you are playing hard and you are competing, you have a chance to see what you can do,” Edris said. “If we go to every game and try to compete and get a little bit better at the things we are trying to accomplish, it will be good for us.”

“We played some tough teams (on Tuesday),” Edris said. “We played Camp Point Central earlier this morning that returned a lot of guys and are really stout. When you play a team that is super athletic like Mexico, you just want to see your players just play hard.”

Monroe City has three more shootouts planned this summer, including one at Central Methodist next week.