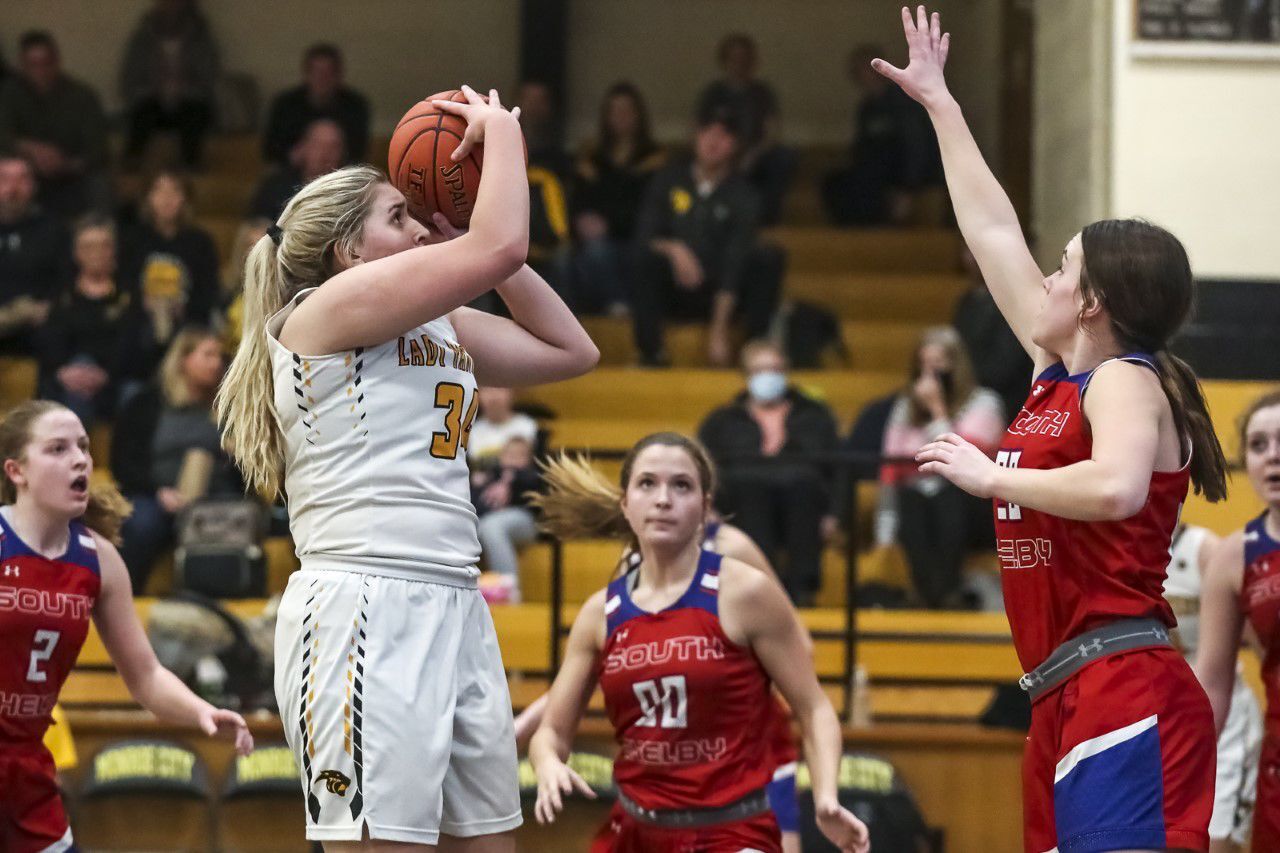 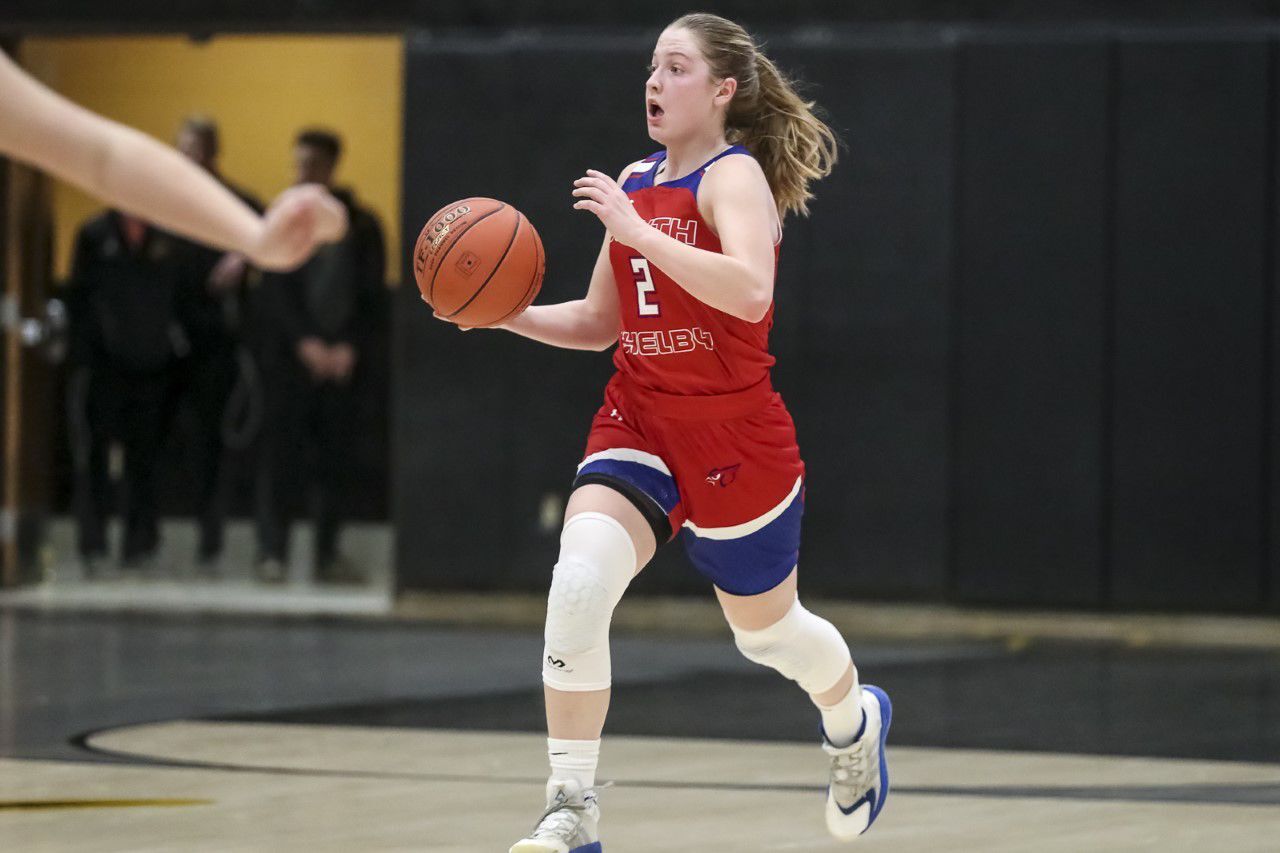 The advantage went to Monroe City decisively, with the Lady Panthers out-rebounding South Shelby by a 39-20 margin.

“We would have liked to have rebounded better and we thought that would be the difference in the game,” said South Shelby head coach Luke O’Laughlin. “We thought we could had come out with a win if we rebounded good enough. (Riley) Quinn and (Haley) Hagan are a load around the glass ... and we just gave them too many second chances.”

Monroe City used that rebound advantage to earn a 69-65 win over South Shelby, which was the second win over the Lady Cardinals this season for the Lady Panthers.

The momentum was not always on Monroe City’s side, with South Shelby getting off to a 9-2 start during the first two-plus minutes of the game.

That is when Monroe City head coach Cody Leonard called a timeout to calm his team down.

“We were rushing too much stuff,” Leonard said. “I didn’t like the looks we were getting and we weren’t defending much at all.”

Monroe City narrowed South Shelby’s lead down to three points by the end of the first quarter, with the Lady Cardinals holding a slim 18-15 lead.

Momentum shifted to Monroe City’s way in the second quarter, outscoring South Shelby by a 21-10 margin. The Lady Panthers entered halftime with a 36-28 lead.

Leonard said he knew what to expect from South Shelby due to the familiarity with them.

“It’s no secret what they do,” Leonard said. “They are going to try to jack a lot of three’s. I think we did a decent job of guarding the three-point line but we gave up way too many drives to the basket.”

South Shelby did not give up and outscored Monroe City by a 37-33 margin in the second half.

With South Shelby starting center Milli Mozee-Williams out, O’Laughlin adjusted his strategy to spread the floor with his outside shooters.

“We were just doing a good job of getting to the rack and shooting high-percentage shots,” O’Laughlin said. “That was the big thing offensively. We did a really good job of making them play some defense and we were able to take advantage of that.”

“Miranda is a heck of a player and works her tail off,” O’Laughlin said. “She is going to give it everything she’s got. It doesn’t surprise me when she does stuff like that. It’s kind of what I expect out of her because that’s what she expects out of her.”

Monroe City had four different players reach double-digit scoring, which is what Leonard aims to do every game. Senior guard Clara Minor finished third on the team with 12 points. Senior guard Hallie Dyer added 11 points and was tied for second with eight rebounds.

Leonard said he thought MInor had a really good game in Tuesday’s win.

“She kind of chips in where she is needed,” Leonard said. “She gets big shots and has good drives and I thought she played good defense.”

Leonard said his team has some things to improve upon before Friday’s game, despite the win against South Shelby.

“I thought (South Shelby) outplayed us,” Leonard said. “They played with a heck of a lot more energy than we did and they got some extra chances because of that. We’ve got some work to do.”