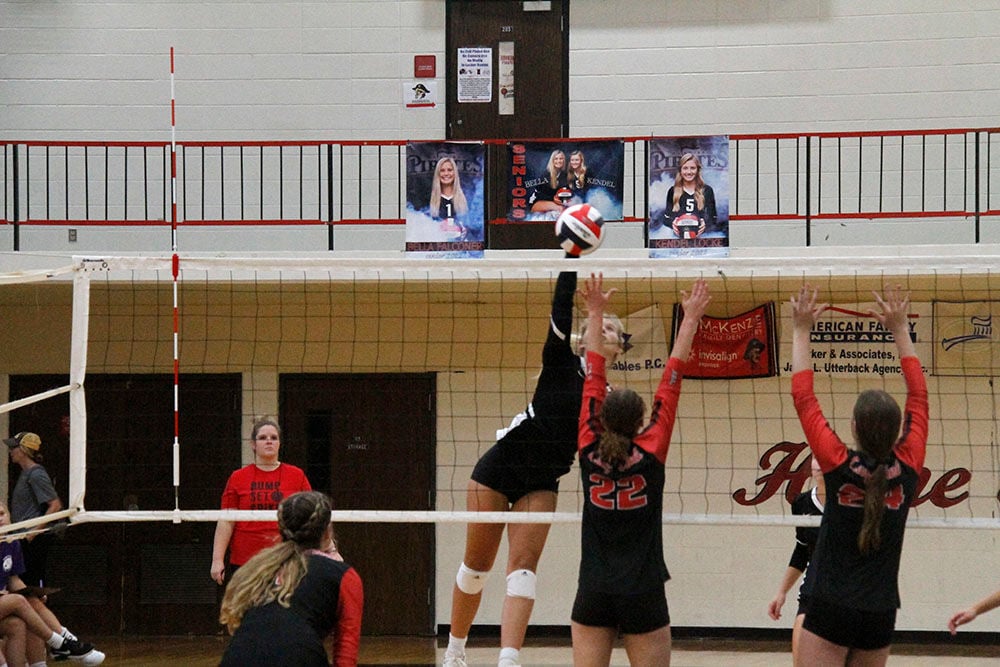 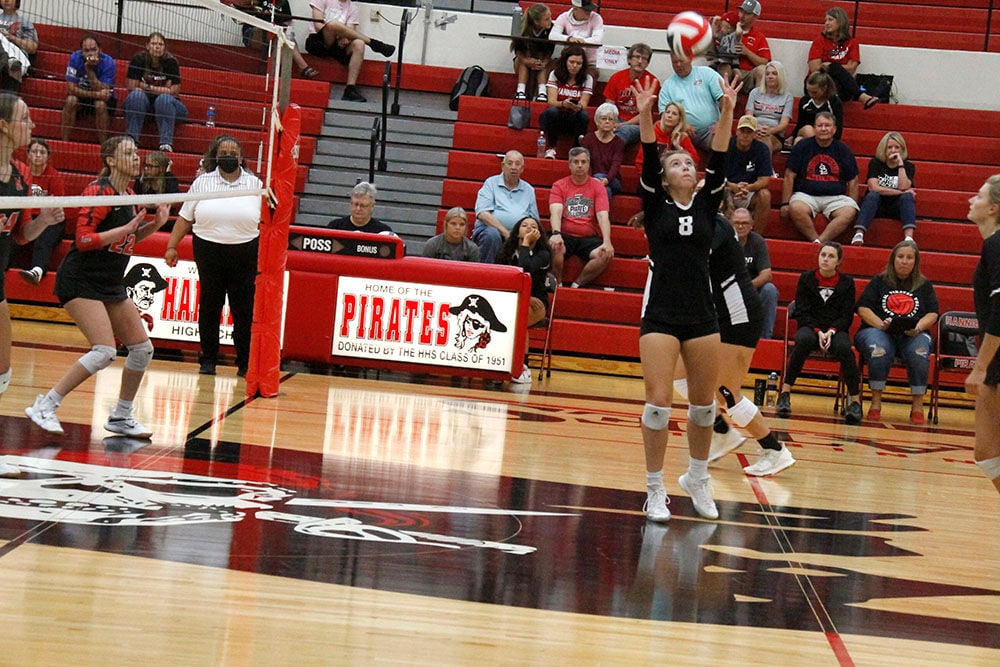 Hannibal head coach Megan Phillips said Marshall graduated a lot of talent from last year's team, but they are always a tough competitor.

"We had some really good serves," Phillips said. "We were able to run a really good offense against them, which is nice. Lots of kills, lots of different plays and getting all of our hitters involved instead of always going to Bella (Falconer) or Kate (Maune)."

"They are all really versatile," Phillips said. "I have girls on the bench that are able to come up and play any position."

Kendel Locke had six kills, an ace, four digs and a block. Ashlyn Hess had 12 set assists and two aces.

Hannibal (9-5-4) will play at Troy Buchanan (7-9) in its next match on Monday at 6 p.m. It will be the first of four matches next week for the Lady Pirates.

The Lady Pirates will host Mexico (1-9) on Tuesday and host Rock Bridge (26-4) on Thursday before competing in the Quincy Senior High Volleyball Tournament on Saturday.

"It's a very busy schedule coming up," Phillips said. "So any win we can get to kind of boost our confidence coming in to these tougher games (is good). Especially Thursday night going against Rock Bridge. It will be key for us to have that confidence going into there."