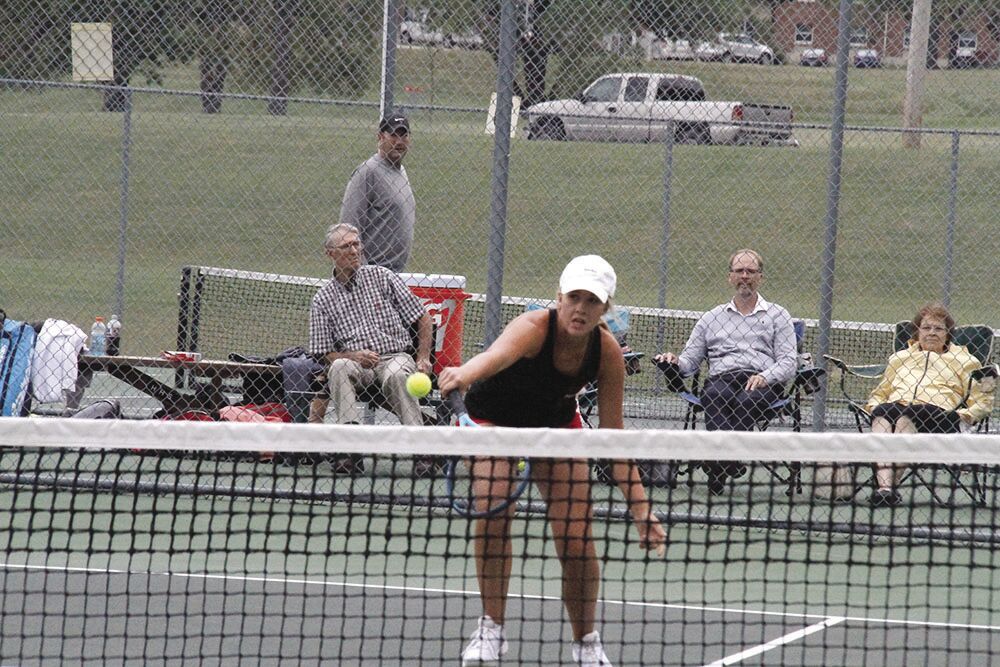 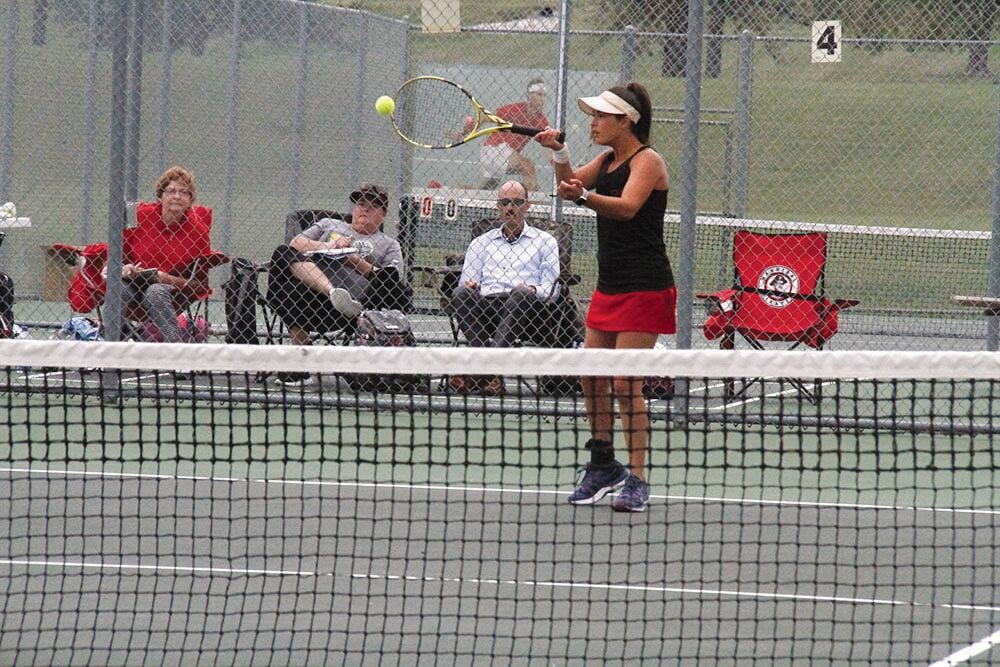 Hannibal No. 5 player Lanie Privett serves the ball during Tuesday’s district semifinal in a doubles match against Parkway North at Hannibal High School. 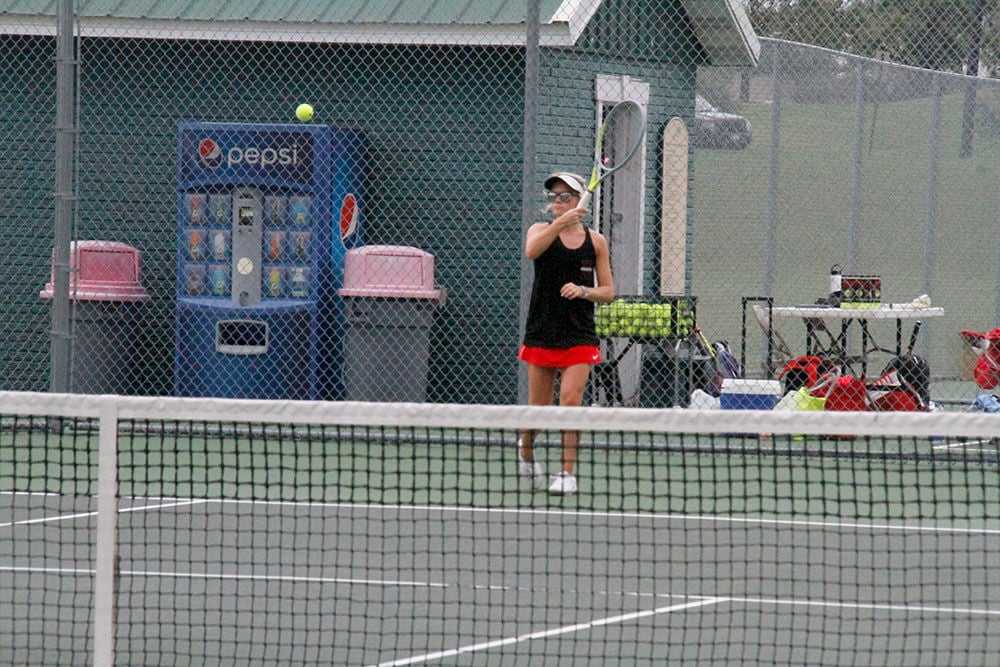 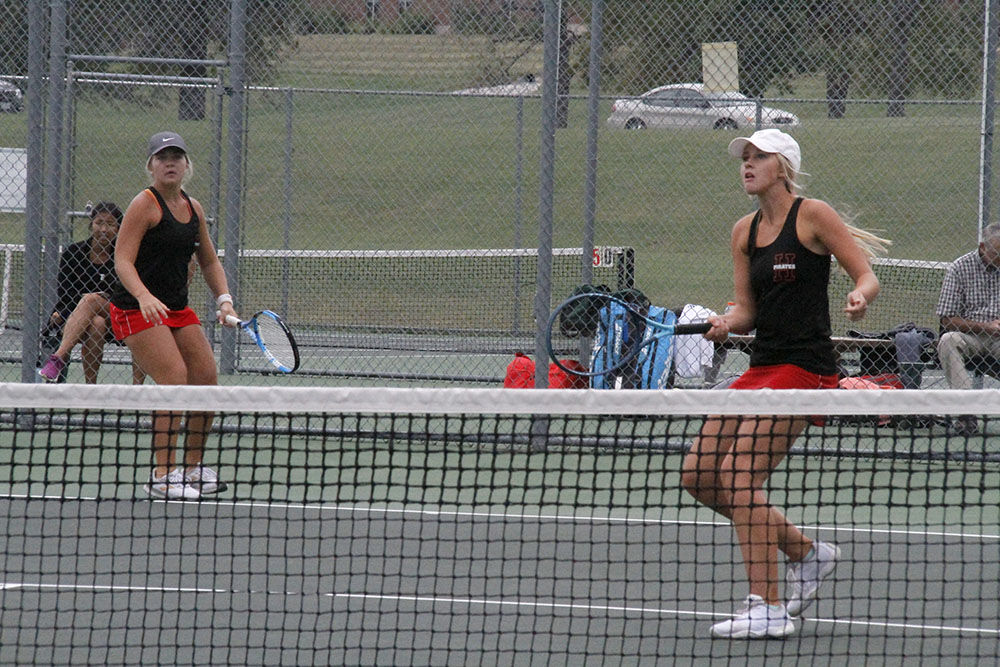 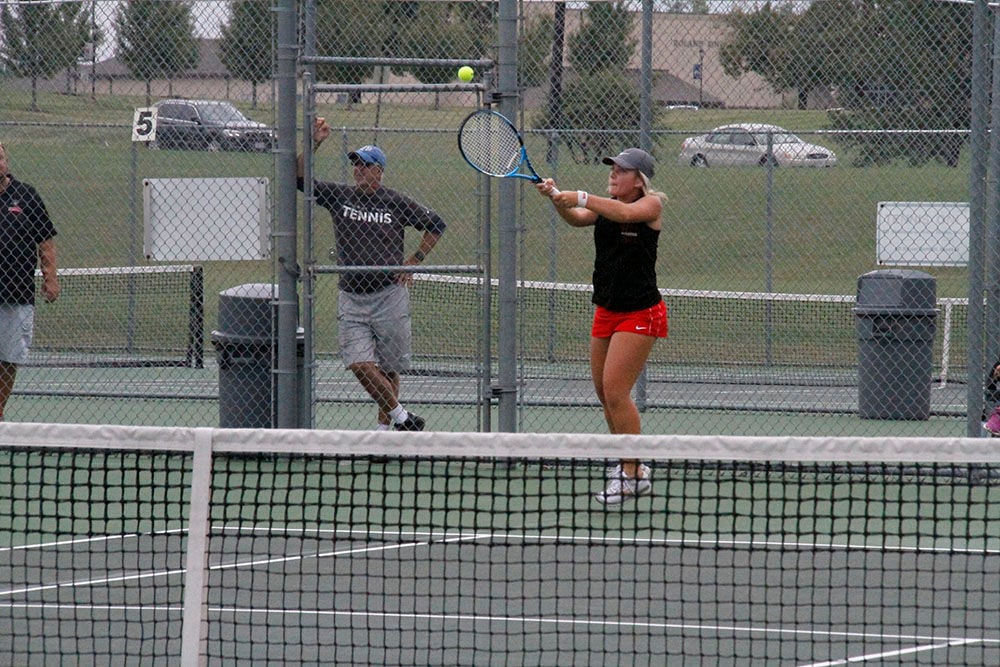 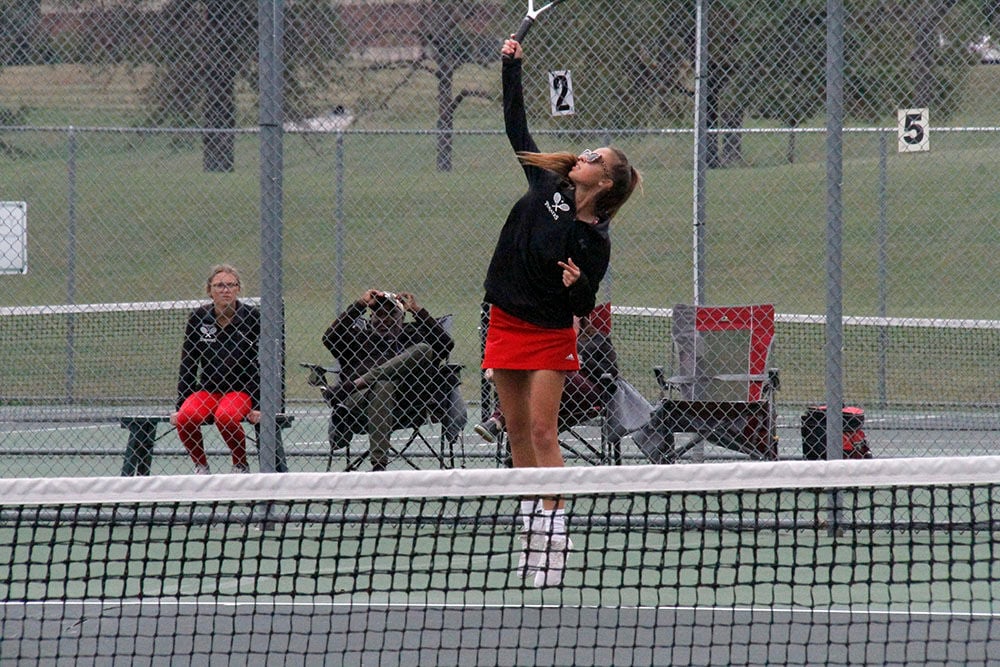 Hannibal No. 5 player Lanie Privett serves the ball during Tuesday’s district semifinal in a doubles match against Parkway North at Hannibal High School.

HANNIBAL — The Hannibal girls tennis team is just one game away from a district championship after defeating Parkway North 5-1 in the Class 2 District 3 semifinal on Tuesday.

Hannibal will attempt to win its first district championship since 2010 against Parkway Central (8-5) on Wednesday in the Class 2 District 3 title game.

“The girls have come a long way this year and I am glad to see their constant dedication showing through this late in the season,” Jeffries said. “Each and every one of them should be very proud of themselves. They have grit that just won’t quit.”

The No. 1 Hannibal doubles team fell short to Parkway North’s top duo of Yvonne Shannon and Emily Koo, falling 8-4. It would be the only loss for the Lady Pirates.

“The girls came out ready tonight,” said Hannibal assistant coach Tony Kuse. “When it comes down to it, these girls fight to the end. We have had some tough practices leading up to our conference tournament and districts. All of them have punched the clock and it’s paying off now.”