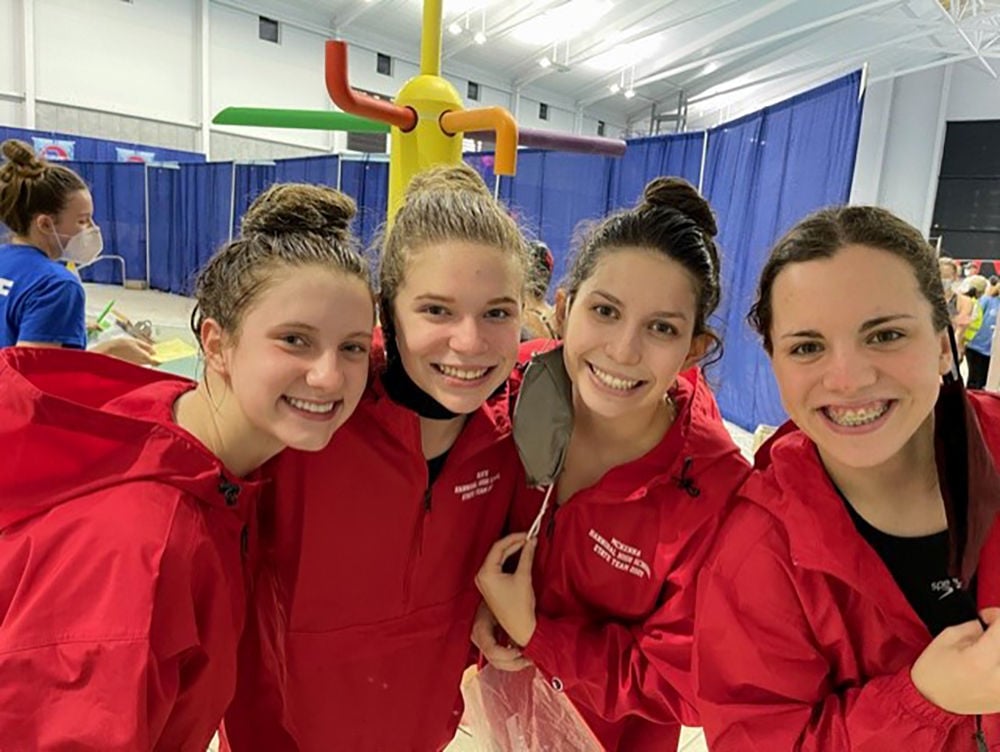 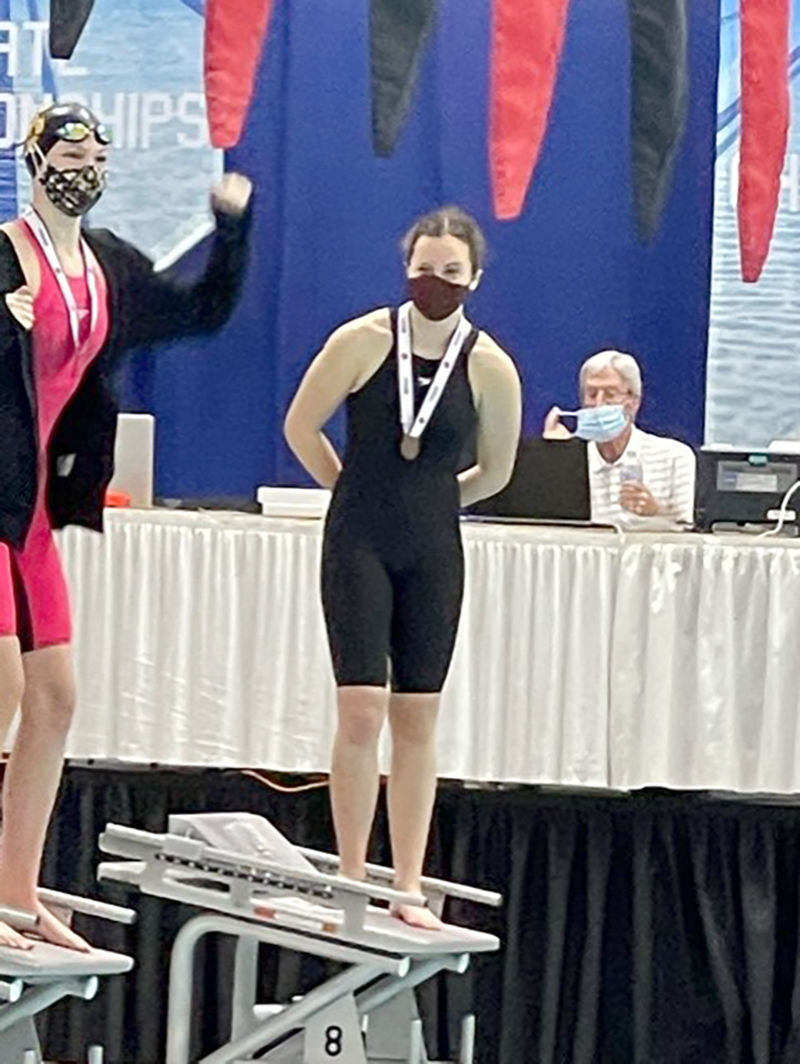 Hannibal swimmer Madelyn Johnson poses with her eighth-place medal in the 500-free from the Class 1 state meet on Saturday. 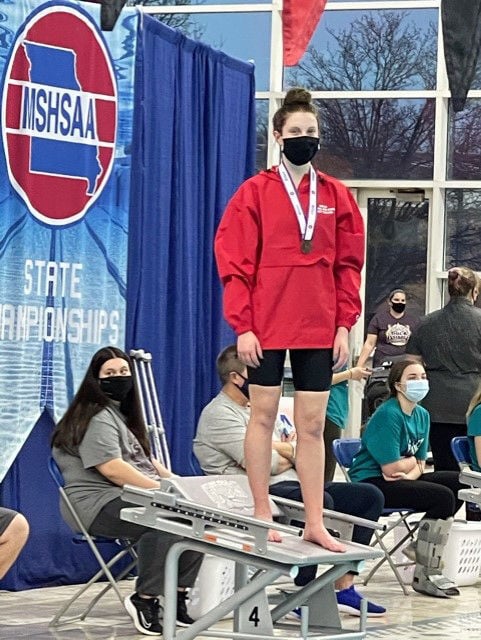 Hannibal swimmer Madelyn Johnson poses with her eighth-place medal in the 500-free from the Class 1 state meet on Saturday.

ST. PETERS, Mo. — The Hannibal girls swimming team finished 12th out of 41 teams competing at the Class 1 state meet on Saturday at the St. Peters Rec-Plex.

“Words cannot describe how proud of the Lady Pirate swimmers and their performances at state this season,” said Hannibal head coach Mindy Prenger. “They rose above the challenges of COVID-19 quarantines, injuries, masks, meets being canceled and pool time that was limited due to the weather. The ladies swam personal best times and accepted every challenge and left everything in the pool on Saturday.”

Hannibal’s Ainsley Bennett set two new individual school records in the 500-free and the 200-IM, which have been on the board for over 10 years.

The Hannibal 200-medley relay team of McKenna Grimmer, Bennett, Kate Maune and Madelyn Johnson finished 10th overall with a time of 1:54.37. It beat their previous season-best time by 3.92 seconds.