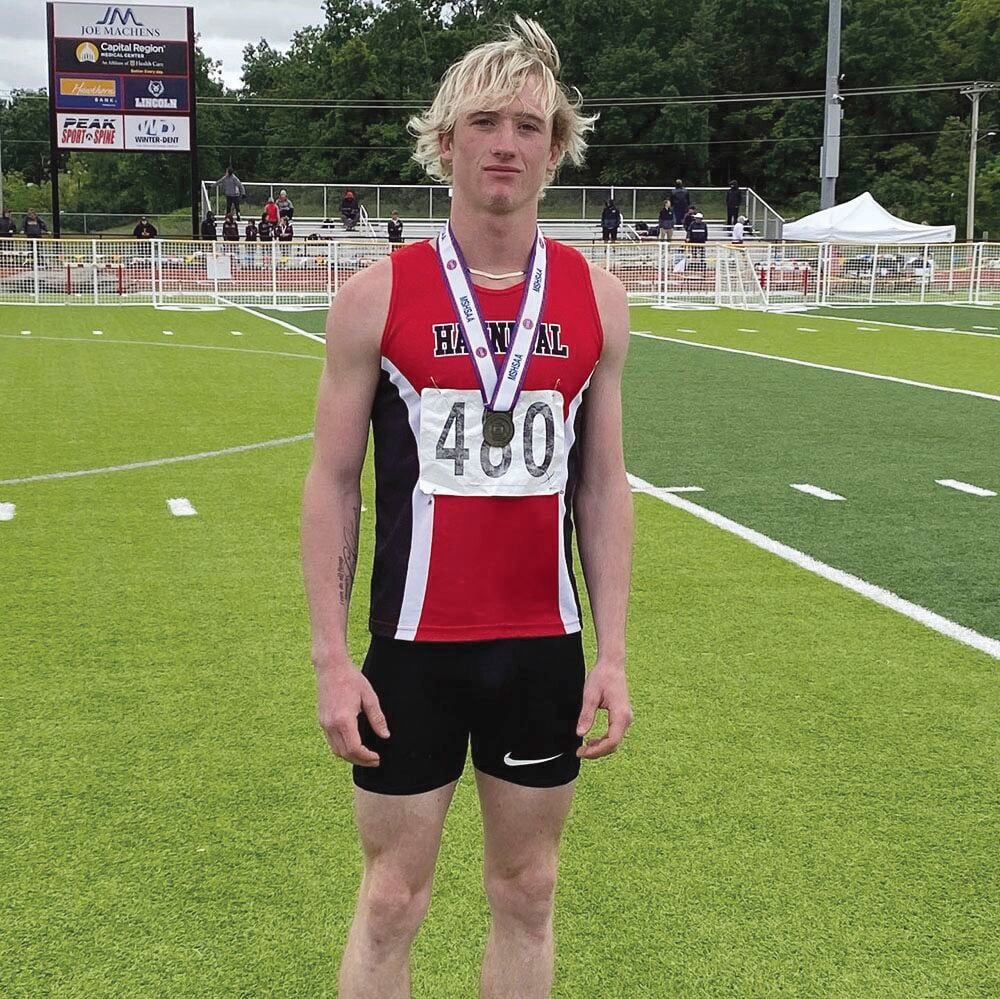 Hannibal junior John Clubine poses with his first-place medal in javelin at the Class 4 state track and field meet at Jefferson City on May 28. 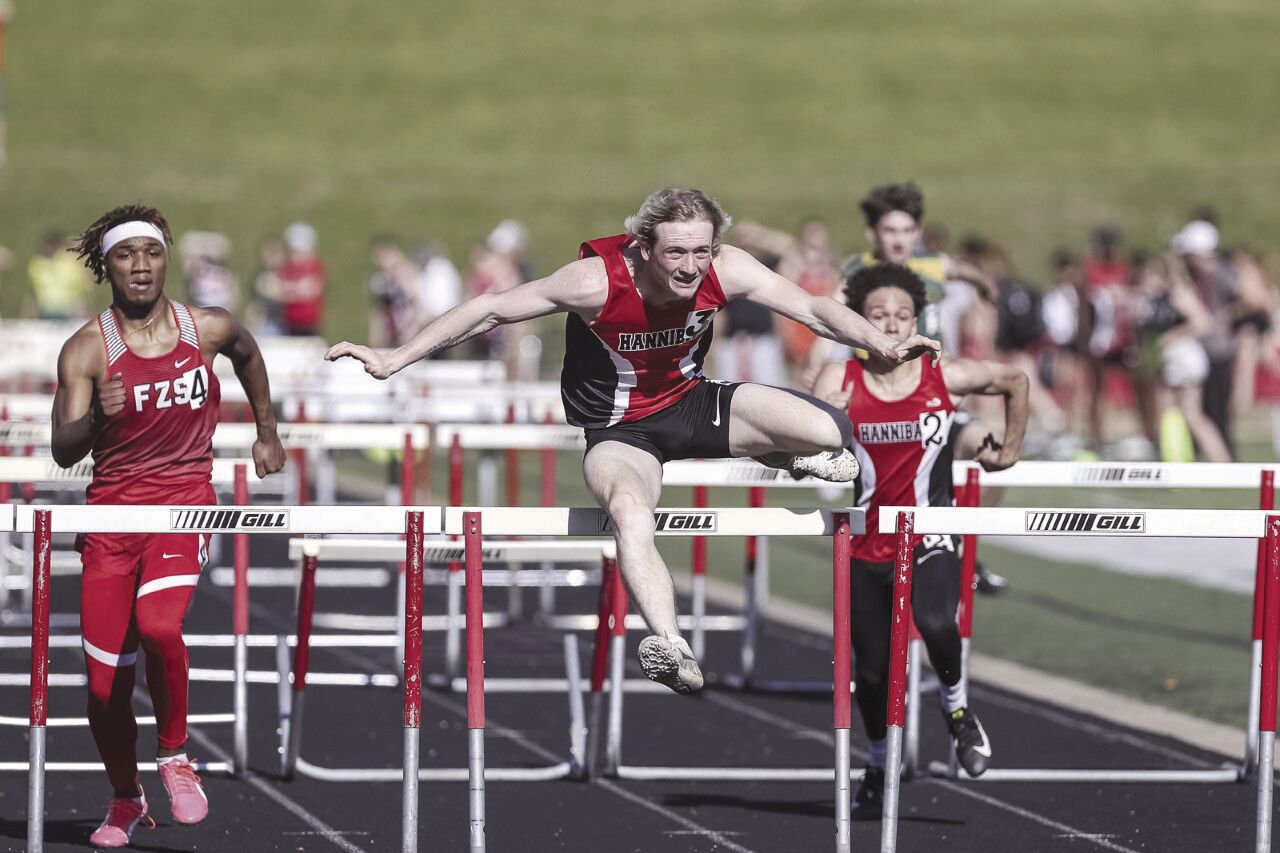 Hannibal junior John Clubine competes in the 110-meter hurdles during a April 30 meet at Porter Stadium in Hannibal.

Hannibal junior John Clubine poses with his first-place medal in javelin at the Class 4 state track and field meet at Jefferson City on May 28.

Hannibal junior John Clubine competes in the 110-meter hurdles during a April 30 meet at Porter Stadium in Hannibal.

HANNIBAL — Going into the Class 4 state track meet, Hannibal junior John Clubine knew there was a roadblock in his way if he wanted to win the javelin.

Going into Clubine’s final throw at the Class 4 state meet, he was in third place behind Harvey and Festus senior Austin Anderson. Clubine was able to set a personal record of 54.23 meters on his final throw to win the state championship.

“It was a very proud moment for me and my family, and obviously (javelin coach Kelsey Scherder),” Clubine said. “She was over there itching to see something happen in my last throw. I just made something happen.”

It was a joyous moment for Clubine to be able to win the javelin championship, after placing fourth at state in 2019 as a freshman and seeing his sophomore season wiped out in 2020 due to the pandemic.

“We really focused on his technique and it paid off,” Gschwender said. “Coach Scherder does a fantastic job (with) the javelin throwers on their technique and all of the little stuff, as far as building speed into the throws.”

For his senior season, Clubine would not only like to repeat as state javelin champion, he has set a goal to qualify for state in the hurdle events.

Clubine was on his way to qualifying after placing first in both the 110-meter and 300-meter hurdles in the Class 4 District 4 meet at Mexico High School on May 15.

However, Clubine placed fifth in both hurdle events at the Class 4 Sectional 2 meet on May 22, just missing out on qualifying for state.

“I like running the hurdles and seeing (Gschwender) happy when I’m doing good,” Clubine said. “With how much work we put in throughout the season and during practice, I was disappointed when I didn’t qualify. I went in there with a good seed in a good heat and I just couldn’t get it done.”

Gschwender said it came down to Clubine just having an off-day on hurdles at the sectional meet. He added that he tells his team that anything can happen in the hurdle events.

In fact, Clubine qualified for state in the 110-meter hurdles as a freshman in 2019. He placed 16th in the preliminary round.

Between now and next spring’s track season, Clubine plans to put in a lot of work to refine his skills.

“I do a lot more hurdle work than I do javelin,” Clubine said. “I do both everyday. It just depends on what we are doing that day (in practice).”