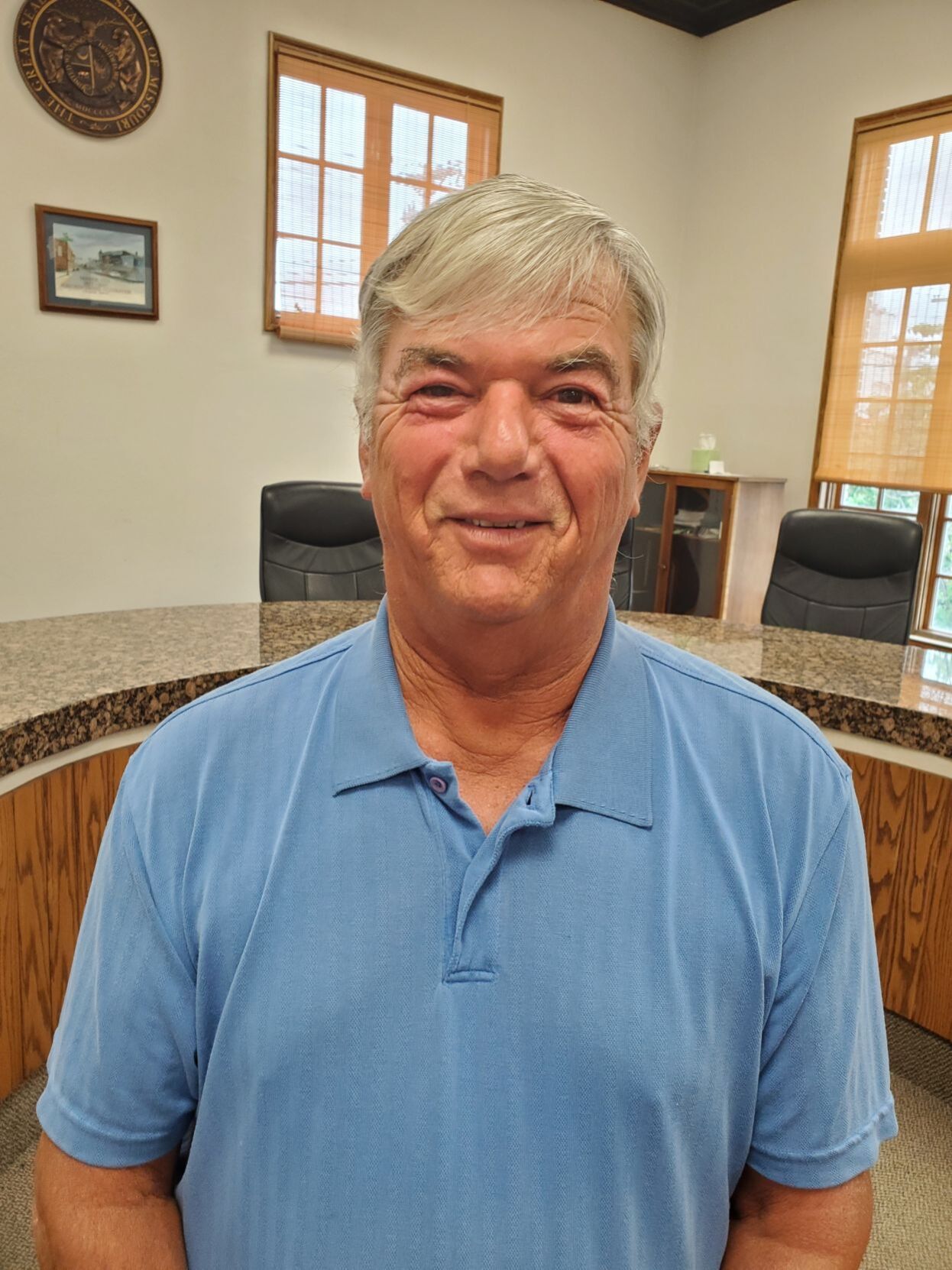 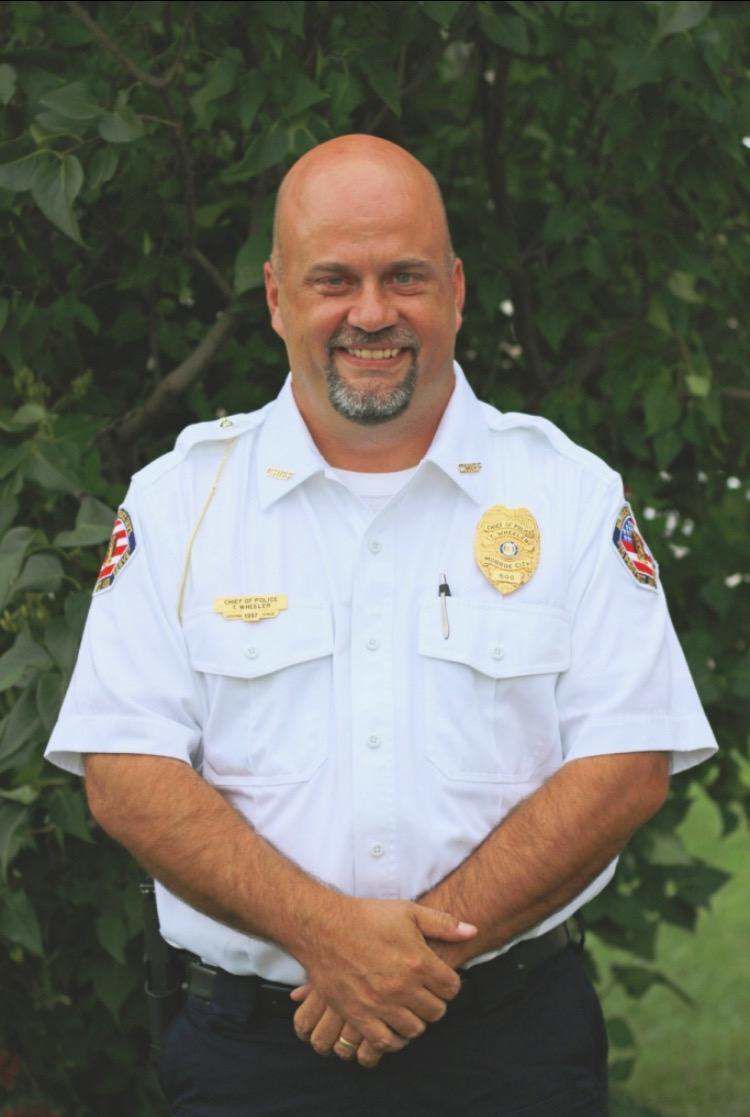 MONROE CITY, Mo. — The tension between Monroe City’s police chief and mayor boiled over Thursday night when a routine discussion of renewing a contract for the school resource officer was derailed at the last minute.

Although posted on the official agenda and packet 24 hours prior to the meeting, Mayor Jerry Potterfield sent an email to City Clerk Chris Ellison instructing her to distribute an anonymous complaint to the board about Sgt. Brian Walters, the school resource officer.

The contract, which ends in June, was on the agenda to give the board and City Attorney John Russell plenty of time to review details, Potterfield said. However, the discussion was postponed.

Monroe City Police Chief Tyler Wheeler said he was blindsided. Moreover, he said the insertion and distribution of a document into the published agenda and supporting packet appears to violate the spirit if not the letter of the Missouri Sunshine Law. At least two Monroe City aldermen shared his view.

Wheeler said late Thursday night that he intends to file a Sunshine Law complaint with the Missouri Attorney General’s Office against Potterfield.

“What he did and the way he did it was wrong, and it violated the Sunshine Law,” Wheeler said.

Potterfield said there was no intent to violate the Sunshine Law, nor does he believe that it was a violation.

“We add items to the agenda packet all the time,” Potterfield said. “I received the complaint at 3 p.m. and believed that I needed to share with the council. I was not going to let this sit around for two weeks until our next meeting.”

But Wheeler said that he was more concerned with the way that Potterfield handled potential issues with the school resource officer.

“I am very angry. If the mayor has complaints about an officer – an employee of the police department – he should bring it to me, not slip some anonymous note to the Board of Aldermen,” Wheeler said. “I was an alderman for five years. This is not the way to conduct business. I was totally blindsided.”

Again, Potterfield disagreed with Wheeler, saying that he had no obligation to discuss complaints with Wheeler.

“I am 100% confident that I handled this correctly,” Potterfield said. “This is a city issue. The city funds the police department. The SRO contract is done by the council. It is a council matter to decide what needs to be done. If I had just taken it to the police chief, then I would have council members asking me why they did not know.”

The Hannibal Courier-Post obtained a copy of the mayor’s email on Thursday night, and from the city via a Sunshine Law request on Friday. The email contains vague references to interactions Walters has with students. The Courier-Post will not quote directly from the email because of the anonymous and unconfirmed comments and the mention of teachers by name.

Monroe City R-1 Superintendent Tony DeGrave was on the Zoom feed of the city meeting waiting to talk about the school resource officer position with the board when Potterfield tabled the contract. He was caught off guard.

DeGrave, who is in his first year as superintendent, said that school district leaders and teachers are pleased with the school resource officer and want to renew the contract.

“We are not looking to get caught in the middle of something. I just try to stay focused on if is good for our district,” DeGrave said. “The SRO position has been excellent for our district. Mr. Walters has done a great job. I am in my first year and want to continue developing my expectations of the position. All I can say is that he (Walters) does fine job.”

DeGrave said that he has heard of no complaints from teachers or the community about Walters.

“If there are concerns from the community, we would look into that but so far, everyone is pleased,” DeGrave said.

Alderman Jason Osborne, who is a teacher with the school district, was unhappy with Potterfield’s actions.

“There are Sunshine Law issues, and we have been to training for Sunshine Law,” Osborne said, “Plus, it is just so negative.”

When the anonymous note was discussed, Alderman Connie Painter, who chairs the board’s Public Safety Committee, said she refused to acknowledge the accuracy of an anonymous complaint and would take no part in a discussion of it and did not. However, Painter said later she would investigate the allegations.

Painter, who favors renewing the contract, said she has communicated with school officials about the school resource officer and they did not report having any complaints about him or his performance.

She said that adding an item to the agenda packet only an hour before the council meeting was a violation of the Sunshine Law, but she was so upset at the contents of the anonymous note she did not say anything.

Alderman Rusty Rothweiler stated during the short discussion of the SRO contract that he was in favor of renewal. He asked why the contract was on the agenda since it did not need to be approved until June.

“I hear so much good about him,” Rothweiler said of Walters. “If there was a problem, a complaint should have been brought to the police chief and to the superintendent. Not sent in anonymous email to the mayor.”

Rothweiler said he has grandchildren in various grades who always spoke highly of the school SRO, but their best recommendation was that the SRO “made them feel safe.”

“Any positive thing we can do in the school should be a priority. We want our children to be and feel safe,” Rothweiler, said.