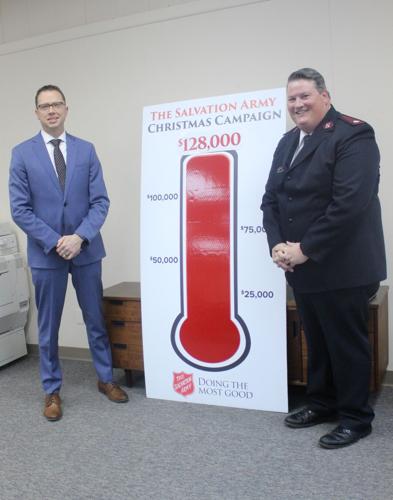 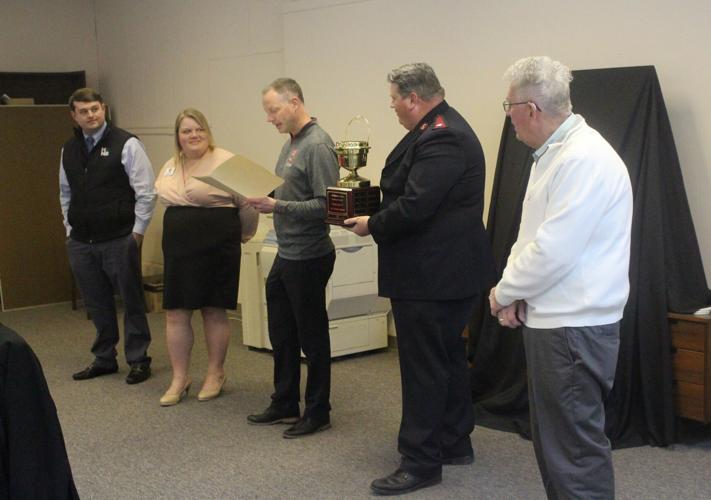 Volunteers and community service clubs contributed to the holiday fundraising efforts, including 103 individuals who donated 319 hours of service during the campaign. Major Trevor McClintock and Campaign Co-Chairs Brad and Sara Kurz were delighted with the generosity reflected during the campaign that helps the Salvation Army share its services with those in need.

"Throughout the Christmas Campaign, we were reminded, once again, of how generous the people of Northeast Missouri are and how blessed we are to call Hannibal home," Sara Kurz said. "We attained our fundraising goal again this year with the generosity of our friends, neighbors and our region's business community. We can't thank everyone enough for their support."

Representatives from the Early Bird Kiwanis Club, Evening Kiwanis Club and Rotary Club competed for the "Golden Kettle" award to reflect the group that raised the most funds in the familiar red kettles throughout the area. Salvation Army Donor Relations Coordinator Chad Douglas announced that the three clubs collected a total of $12,135.81. Early Bird Kiwanis Club members raised $1,822.24 and Evening Kiwanis Club members raised $1,891.38. This year, the Rotary Club received the Golden Kettle after collecting $8,422.19.

McClintock thanked everyone who was a part of the successful campaign, including countless individual donors, the Hannibal Fire Department and other local groups. He said this year's "Bucket Blitz" and other efforts reflected the generosity of the community.

The Salvation Army shared its mission in Hannibal and received support for the campaign during local events like the Victorian Festival of Christmas Living Windows displays and the parade downtown.

The Christmas Campaign helps to fund local outreach such as a new partnership with Manpower to provide weekly employment assistance. This season, the Salvation Army provided 668 food boxes containing a full Christmas meal to families in Marion, Lewis, Ralls, Monroe, Shelby and Pike counties. In partnership with the Northeast Missouri Toys for Tots program, 6,625 toys were given to 1,325 children in the area.

The Pathway of Hope program makes a positive impact as well — McClintock explained how it helps people "with the hurdles that they face in life every single day". He said barriers related to employment, transportation, childcare and other issues are addressed.

McClintock was thankful for everyone's role in making this year's Christmas Campaign a success, commending the Kurz family for demonstrating "leadership by example".

Brad Kurz recalled highlights of this year's Tree of Lights Christmas Campaign, including the enthusiasm and celebratory energy during the kickoff luncheon in November and fond memories while he rang bells with his family.

Kurz looks forward to the difference to the coming year, witnessing how the community's collective generosity supports the Salvation Army's dedication to its mission.

"This money is often the seed to get new programs started or to enhance a current program, but their commitment to keeping it sustaining throughout their recurring revenue streams is what is so impressive," he said. I think that's why hard-working communities like ours are more inclined to give to an organization like the Salvation Army, because every dollar means more and does more when they're so focused on the sustainability of building those long-term programs."