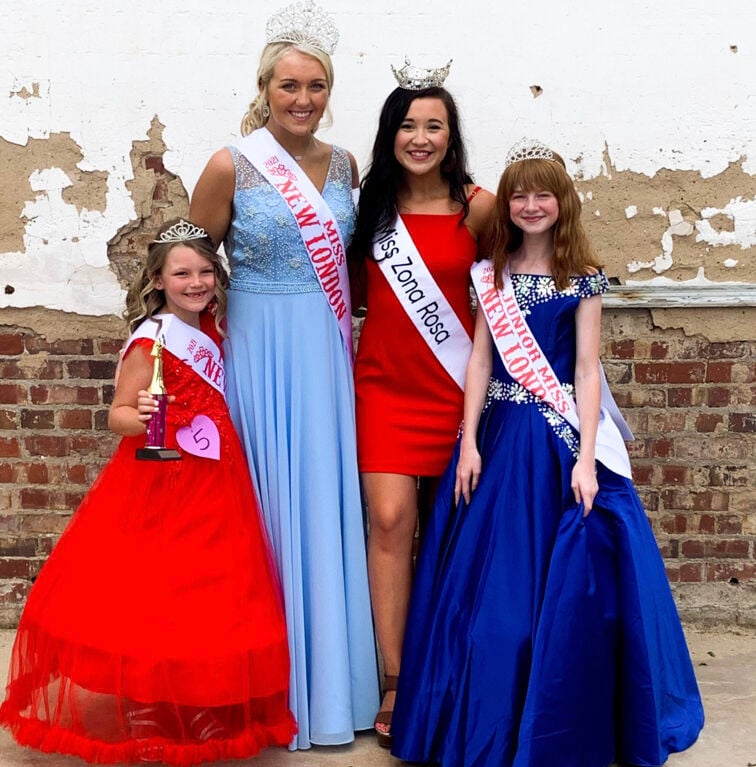 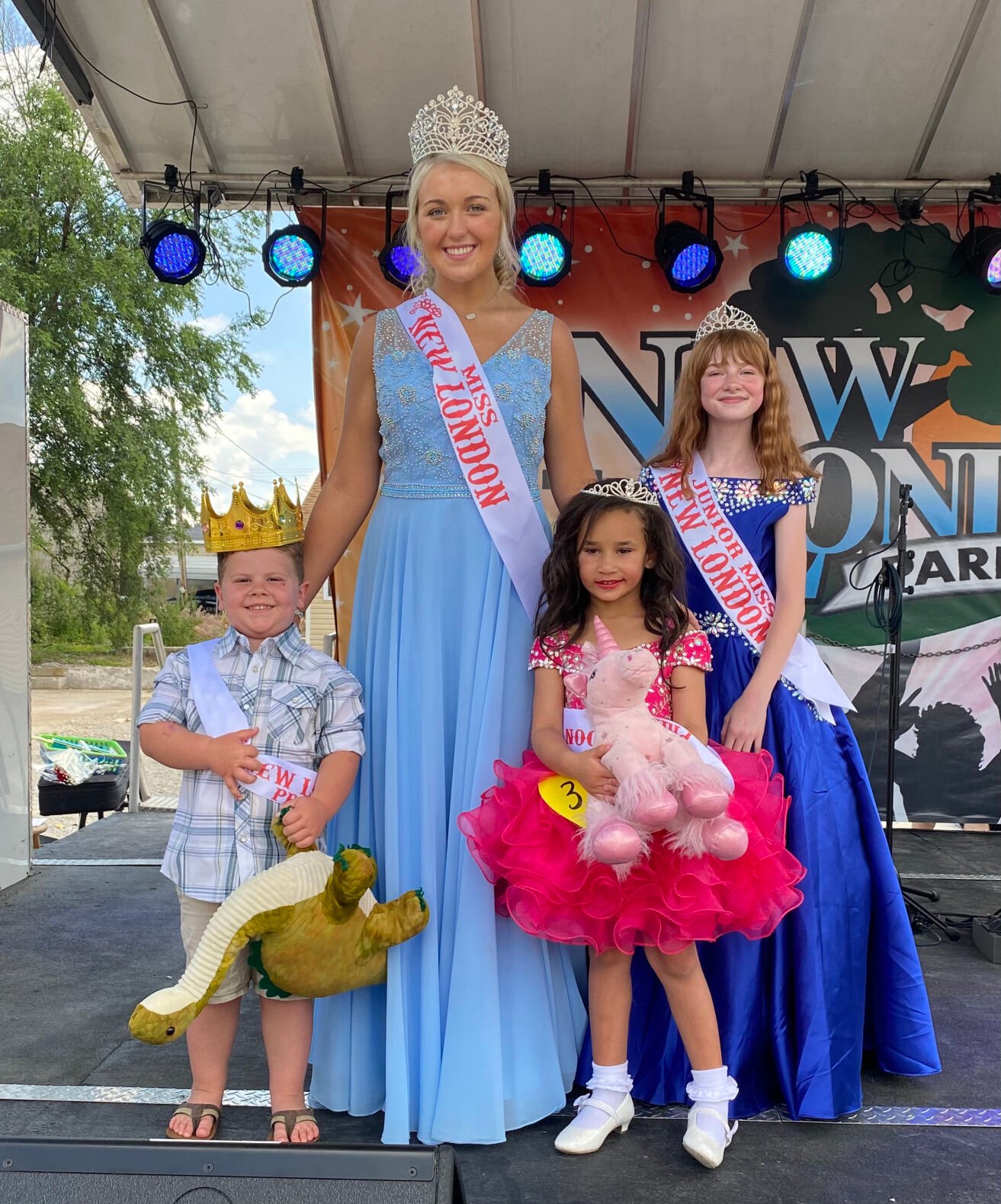 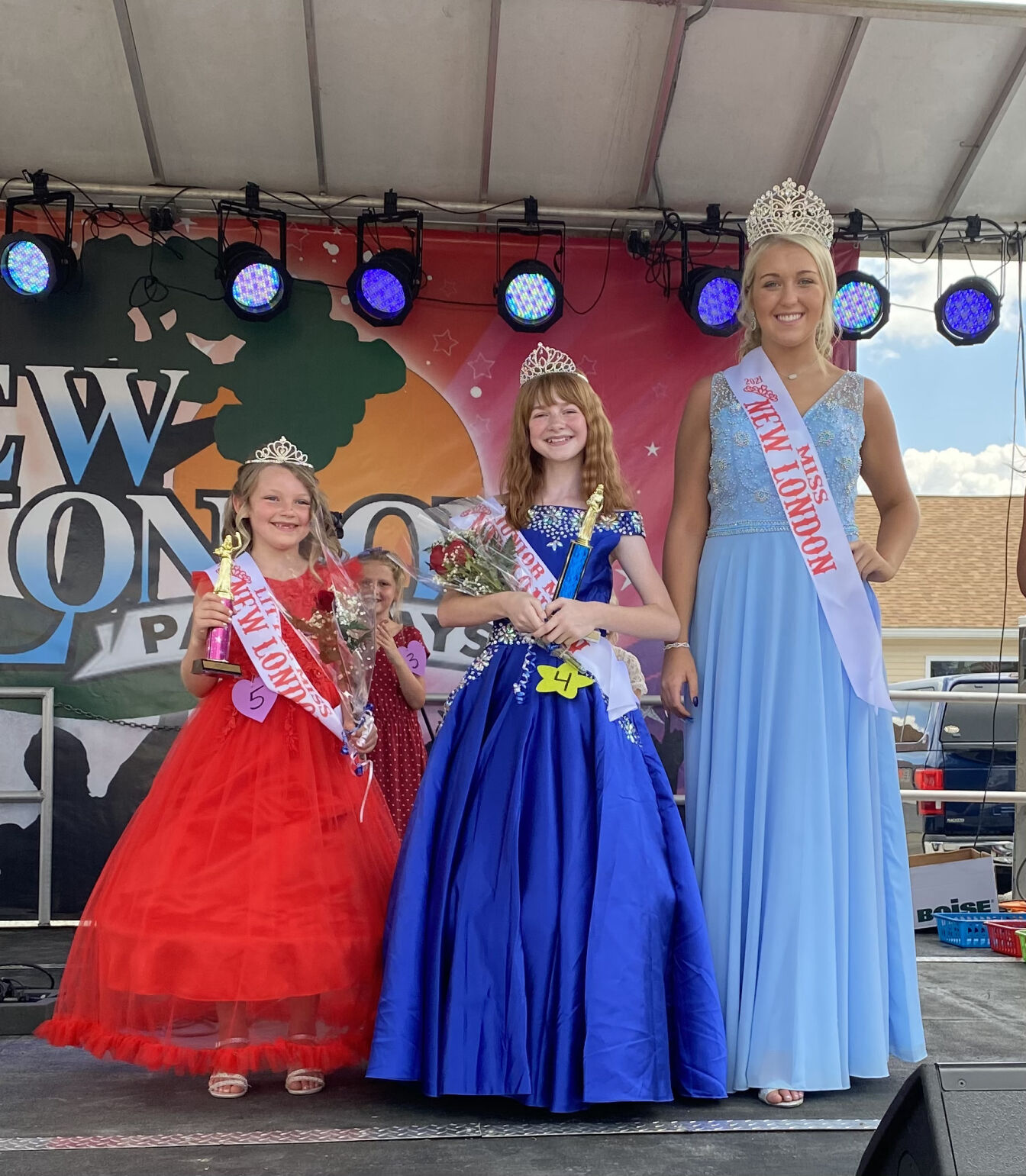 NEW LONDON, Mo. — Three queens, a prince and a princess were crowned at the Miss New London Pageant at New London Park Days on Saturday.

Taylor Stratton of New London was crowned Miss New London. She is the 17-year-old daughter of John and Debbie Stratton. Taylor is a senior at Palmyra High School.

Junior Miss New London is Avery Trower. She is the 12-year-old daughter of Mike and Kim Trower. She lives in Palmyra, and is a seventh grader at Palmyra Middle School.

The pageant was emceed by Miss Zona Rosa, Callie Cox, from Columbia.

The newly crowned royalty will represent the New London community throughout their reign. They will ride in local parades, attend community events and make appearances throughout the area.