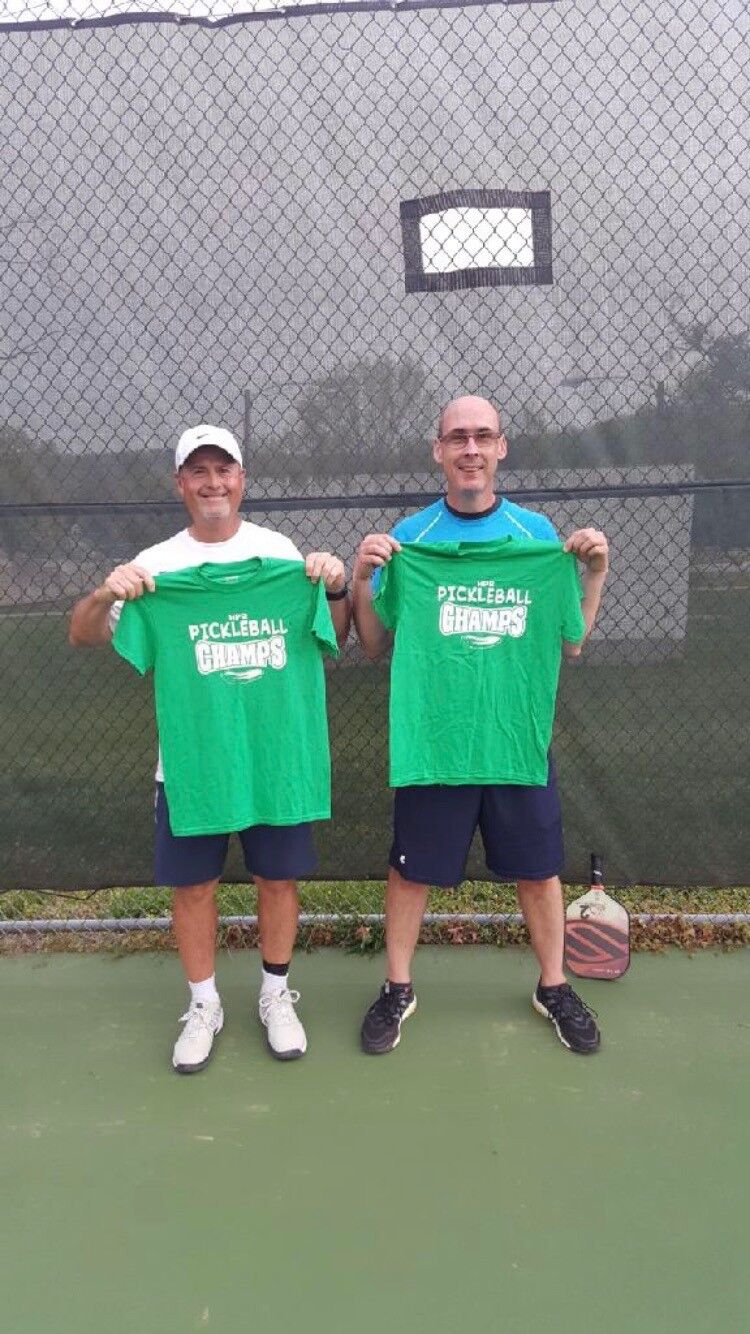 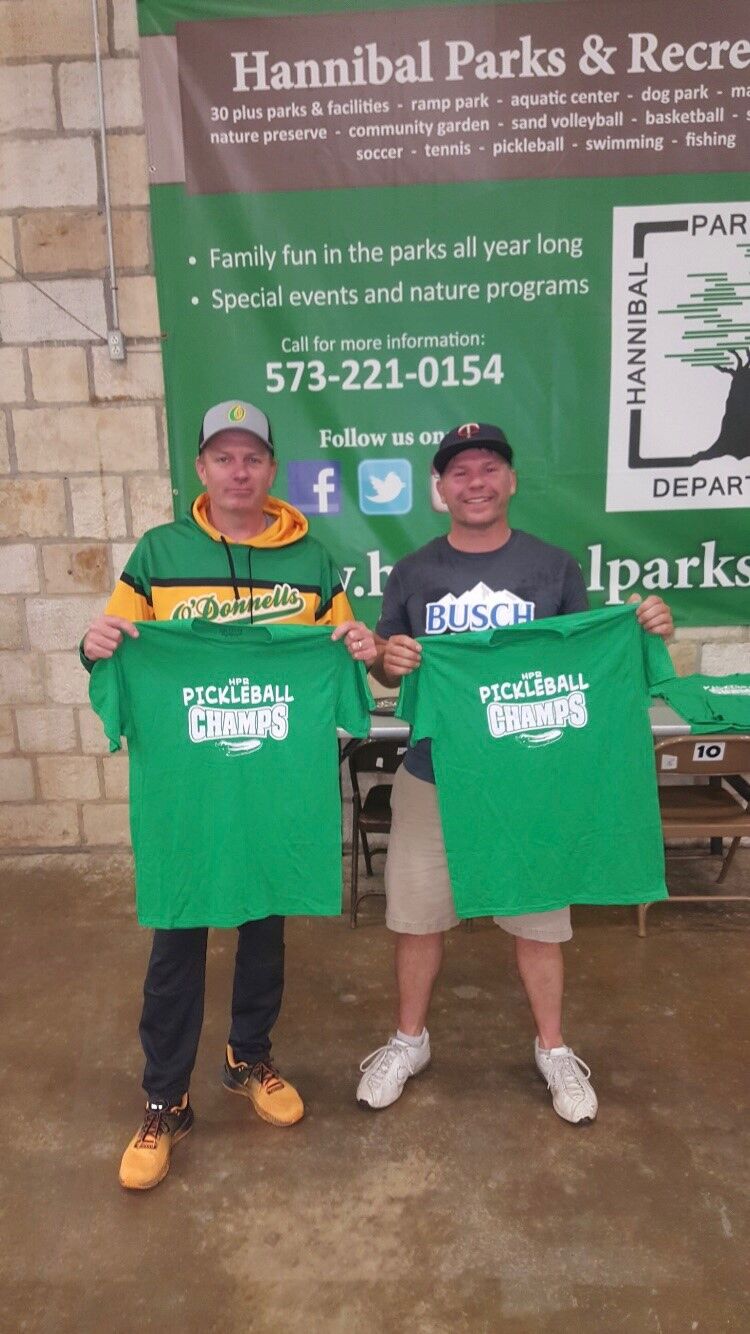 Kevin Mundle and Andrew Kestner won the intermediate division in the pickleball tournament.

Kevin Mundle and Andrew Kestner won the intermediate division in the pickleball tournament.

HANNIBAL — The Hannibal Parks & Recreation Spring Pickleball league ended this week, after a challenging six weeks of playing at both the Admiral Coontz Recreation Center and at the Huckleberry Park courts.

In the intermediate division, the overall best record was earned by Kevin Mundle and Andrew Kestner; with Jeff and Laurie Curl earning second; and Christy Tuter and Austin McGee earning third.

“Each court provides its own challenges and the players appreciated getting the chance to improve their techniques in different atmospheres,” she said.

The next pickleball league sponsored by Hannibal Parks & Recreation will be in the fall.