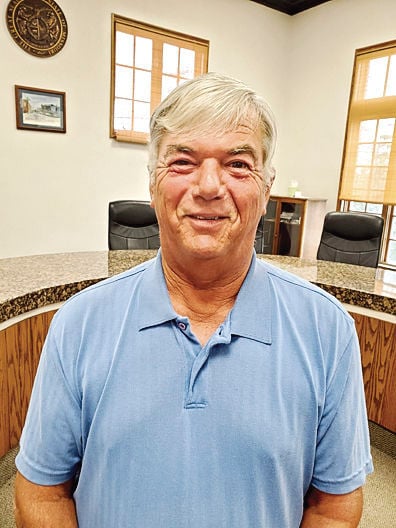 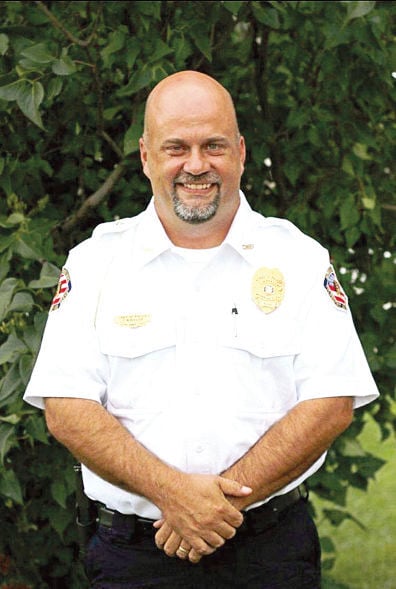 MONROE CITY, Mo. — The feud over how to run the Monroe City Police Department shows no signs of ending anytime soon.

Since he took office after the delayed June Municipal Election, Mayor Jerry Potterfield has been increasingly critical of Monroe City Police Chief Tyler Wheeler and his department’s performance.

Of his many issues with the police, Potterfield’s core issue is that he believes that officers should be primarily concerned with enforcing city ordinances and codes.

“The No. 1 job of the police department is to enforce city codes. One of the promises I made when I ran for mayor was to clean up the city – the junked cars, (bad) properties,” he said. “The chief has balked at enforcing our ordinances.”

Wheeler, though, said that his department’s first mission is prevent and solve crimes. He said that officers have ticketed people for code violations, but it is not the top priority.

Because Monroe City is located along U.S. 36 – the major four-lane east-west highway across Northern Missouri, the city is a target for drug dealers.

Part of what frustrates Potterfield is that Wheeler also is an elected official. Wheeler’s job is called “city marshal” under Missouri laws covering Class IV cities.

While most smaller cities in Missouri have eliminated the elected city marshal – and in some cases eliminating entire police departments – voters in Monroe City have consistently voted to keep the elected police position.

Potterfield made it clear in his campaign that he wants voters to make the police position appointed but says there is no support for that position. That means the mayor has no supervisory control over the police department. The only leverage is the police budget.

Potterfield’s issues with the Police Department do not stop with code enforcement. He believes the police department is overstaffed and fails to produce adequate fine revenue for a city the size of Monroe City. And he is sharply critical of the fact that it has taken the department more than six months to get newly purchased police vehicles modified for road use.

“We have $10,000 a year in fines. Palmyra, which is larger than Monroe City, has $100,000 in fines,” Potterfield. “Palmyra has fewer officers and a smaller budget than Monroe City.”

When he first took office, Potterfield floated an idea to outsource police to county sheriffs.

“That idea did not fly,” Potterfield said.

For his part, Wheeler said he does not intend to change his department’s priorities.

“We are not going to leave a domestic dispute to deal with a junk car,” Wheeler said.

Sgt. Brian Walters, who has been a target of the mayor’s criticism over the Blue Santa program he spearheaded, says that the dispute between Potterfield and Wheeler is affecting morale and causing turnover.

“Chief is the best boss I have ever worked for, and what the mayor is doing is not helping,” Waters said. “Some of the younger guys are not certain how to handle this, and some have left.”

Monroe City Alderman Connie Painter said the feud between Potterfield, and the police department has reached a critical point that she finds embarrassing for the city.

“When the mayor was elected, I was pleased. I felt his business background would be an asset to the city. I thought he would be aggressive in working with the city’s water and sewer problems. Instead, he has gone off on his personal agendas. One of them is the police department,” Painter said. “I have been accused of favoring the police department, and maybe I do in a way. I talk with the police chief and the officers on a one-to-one basis all the time because, as with all small towns, we have a huge drug problem and I like to know what is going on.”

Painter said she has encouraged fellow aldermen to visit the police station and talk with the officers, especially if they have questions or concerns.

“I honestly feel we have a great police department,” she said. “We need a police department in this town. One that goes one-on-one serving our elderly residents and presenting a positive face to youngsters. I will back then and their families to the limit.”

Painter said that she believes the primary job of the police department is to enforce laws and protect citizen of Monroe City, while preventing and solving crimes.

“Yes, I agree and support the mayor’s efforts to improve the appearance of the city by removing junk cars and keeping weeds cut. We all want our town to be an attractive place to live,” Painter said. “But I could care less about those things when I see drug deals going on, especially, in a house where there are children.”

Voters will not have an opportunity to offer their opinion on the feud until the Municipal Election in April 2022, when both the mayor’s office and the police chief will be up for election. Neither Potterfield nor Wheeler have indicated whether they will run again.

However, Potterfield makes it clear that he would not support Wheeler if he stood for re-election.

“Not based on his current performance, no,” Potterfield said.