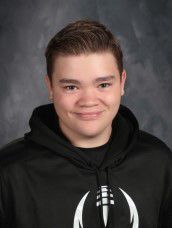 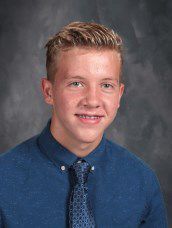 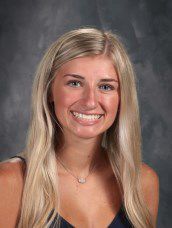 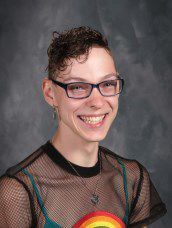 HANNIBAL — Staff and faculty at Hannibal High School selected the students of the month for December.

Dawson Behl is the son of Danny and LaRhonda Behl. He competes in the HHS swim team. Dawson's motivation for success in school is: "the feeling of guilt if I get bad grades." He has been swimming for nine years and is a member of the jazz band. Dawson's hobbies are swimming and band. His future goals are to work at NASA or make Olympic Trials.

Callie Christine Wright is the daughter of Christy and Brian Wright. She is a member of the National Honor Society and the Pre-Med Club. Callie competes in the HHS swim team. She has been named to the A Honor Roll and has received the student of the month award. Callie's motivation for success in school is "working hard to have a successful future." She has one sister and two dogs. Callie's hobbies are traveling, swimming and being with family and friends. Her future goals are to attend college at Mizzou and major in nursing.

Cole M. Owen is the son of Katie McCulloch. He used to compete in Sparkle Square. Cole's motivation for success in school is " the support that helped me so much, and I keep in mind love, hope, joy." He is always helpful for anyone and he'll always be there for anyone, always staying optimistic. Cole enjoys dancing, playing video games, drawing, being with friends, hikes and making fashionable clothes. Cole's future goals are to make the world a better place, starting in Hannibal, and open his own clothing store with his own line of clothes.