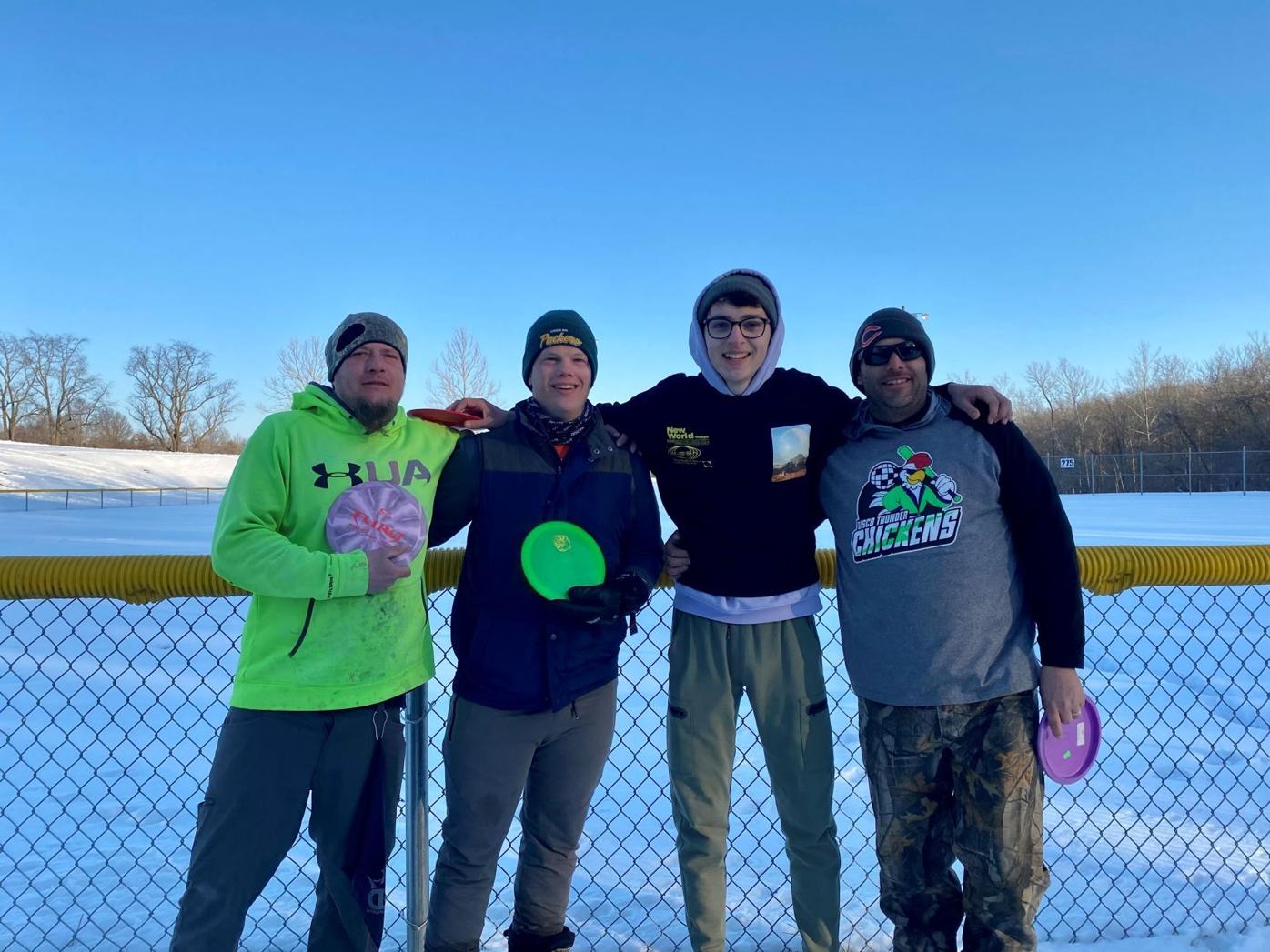 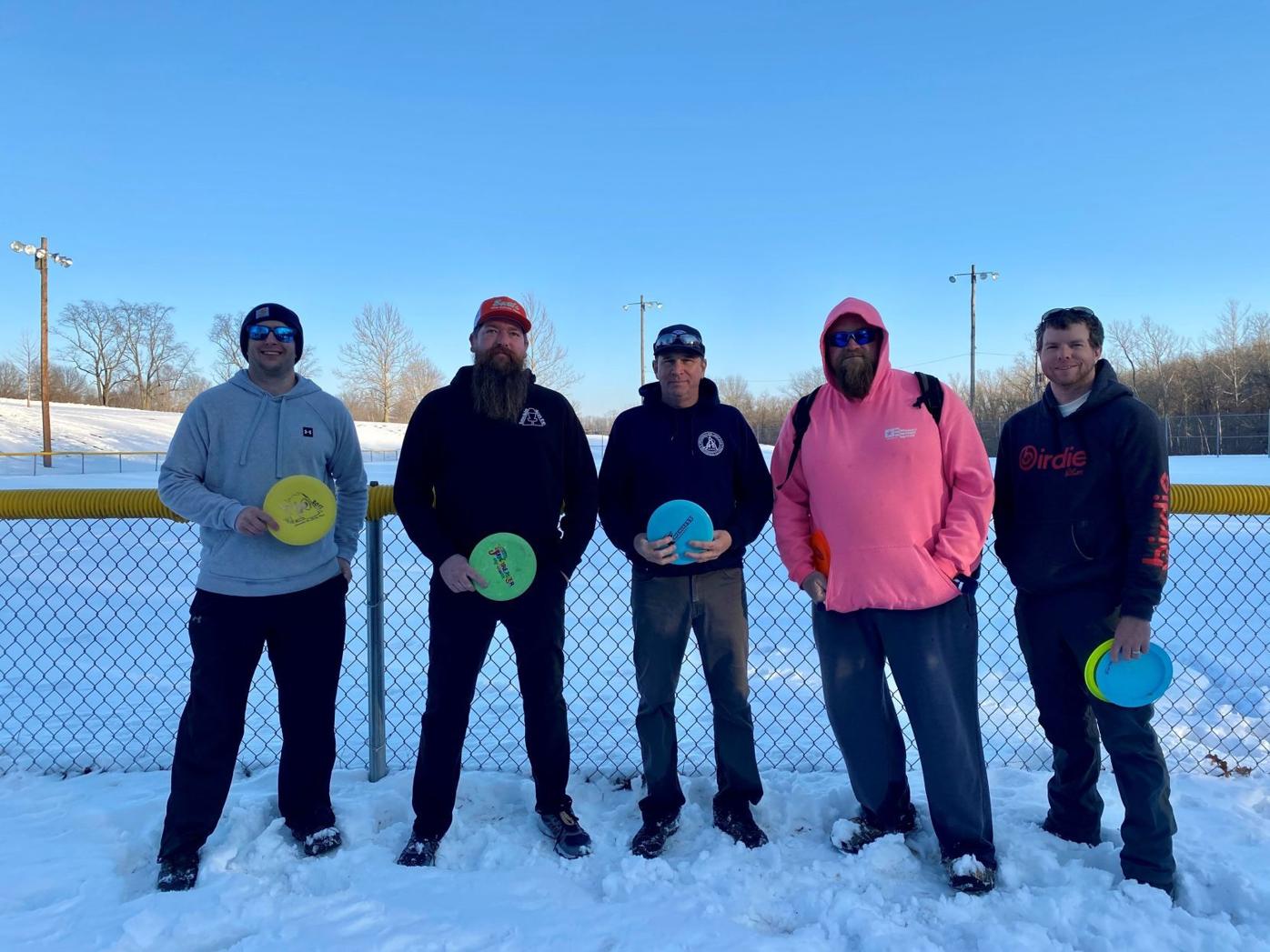 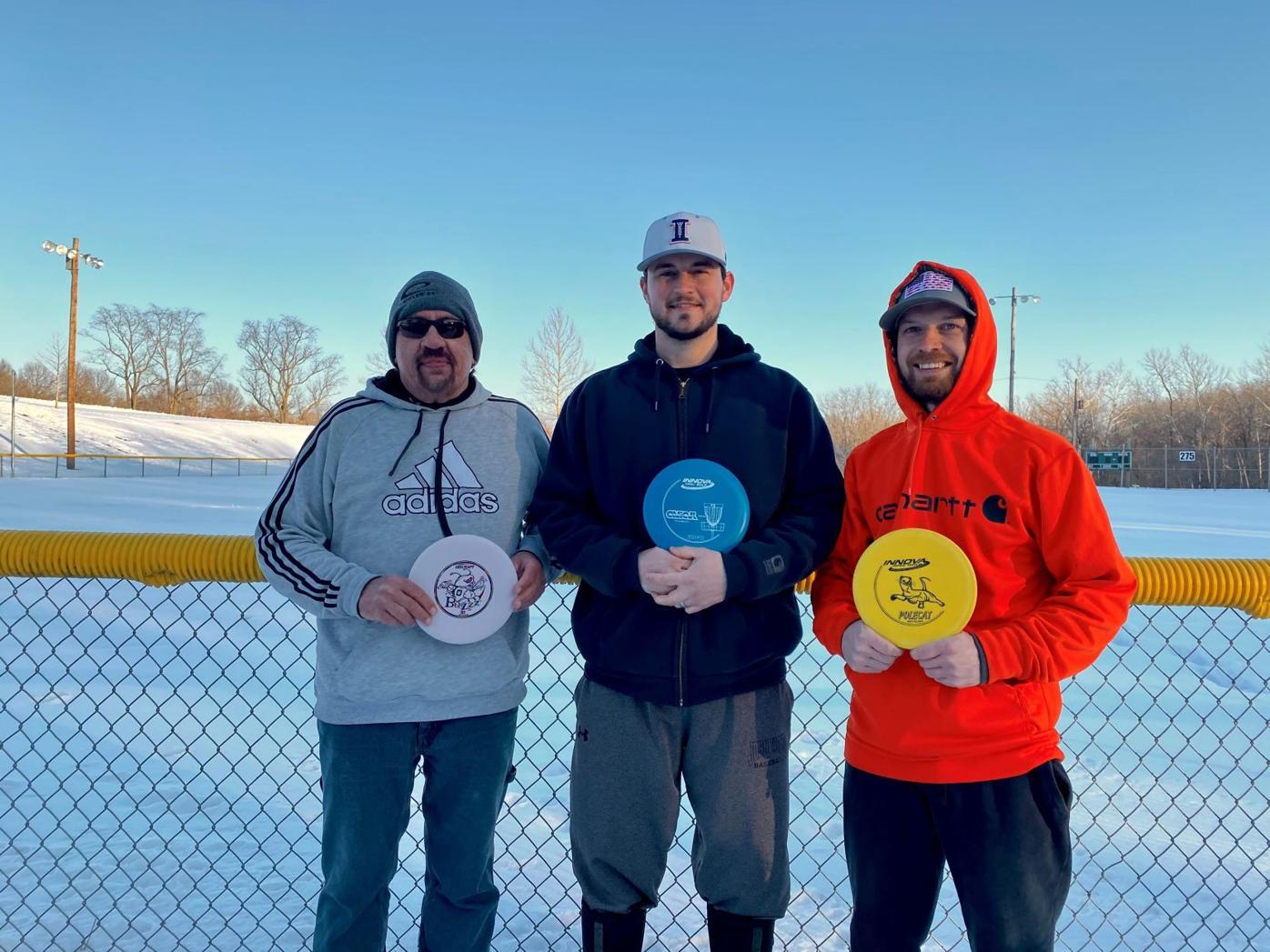 This 15th annual Ice Bowl was played at the Don Crane Disc Golf Course in Huckleberry Park, sponsored by the Hannibal Parks and Recreation Department with prizes donated by Excitement Disc Golf and Porter Auto Sales.

Proceeds from the $10 entry fee went to the Buddy Pack program, which benefits more than 400 children from Hannibal public and parochial schools children each week.

Mary Lynne Richards, recreation supervisor for Hannibal Parks and Recreation said the Buddy Pack program is needed now more than ever. “It provides kid-friendly nutritious food on the weekends. The goal is to make sure low-income children stay fed, healthy and productive.”

The weather cooperated for the Ice Bowl, Richards said. It was cold but, temperatures were above freezing in the afternoon.

Brad Fink said disc golf is becoming popular, with new courses added in several cities within a 100-mile range of Hannibal, and more tournaments planned. “It’s all for a good cause,” such as the Buddy Pack program in Hannibal, Fink said. Food pantries also benefit from the events, he said, including one in Fort Madison, Iowa, where he played last week. “It was the coldest one I’ve played at, with negative 12 degrees,” Fink said.

The Hannibal Disc Golf Club plays on Tuesday Thursday and Sunday in all kinds of weather. The tournament Saturday was helped by sunshine, Fink said, and “Everybody got sunburned from the reflection off the snow.”

At the tournaments, each player competes at 18 baskets in two rounds. The highest scorers in round 1 next compete in A Flight, followed by B and C flights. Each flight has three winners. Beginners may be in C flight, and Fink enjoys helping them.

“Once everyone finds out what it’s for (raising funds to help communities) it’s growing every year. There were 12 courses put in just last year in a one-hour radius of Hannibal. Palmyra just put one in, the Palmyra Flying Disc Golf Club,” Fink said.

With disc golf being played at safe distances, “It’s a great sport” during the COVID pandemic, Fink said, and the local club welcomes new players. Club details are posted on Facebook.