First National Bank of Vernon, Calif., where William A. Schanbacher, previously of Hannibal, Mo., was working at the time of his planned marriage, April 29, 1924. Los Angeles Times, Jan. 1, 1921.

Advertisement for the Vaportorium in Los Angeles, Calif., where William A. Schanbacher, previously of Hannibal, Mo., was treated for, and believed cured of catarrh. Los Angeles Daily times, Dec. 10, 1919. 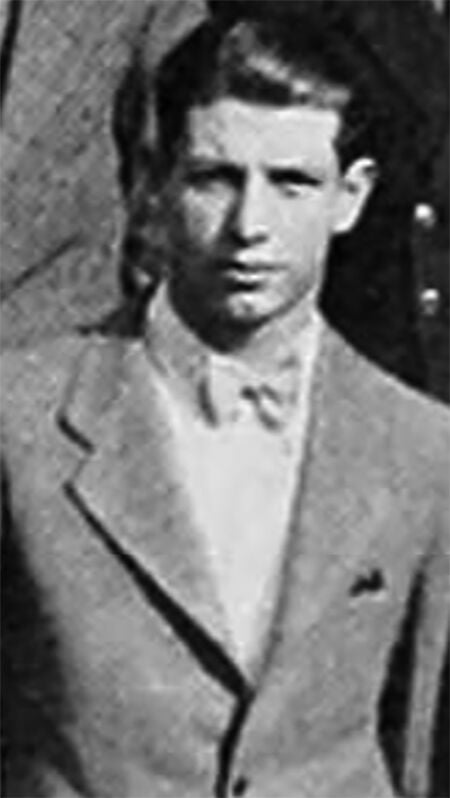 Harold Schanbacher, younger brother of William A. Schanbacher, pictured while a student at Loyola University in 1928. 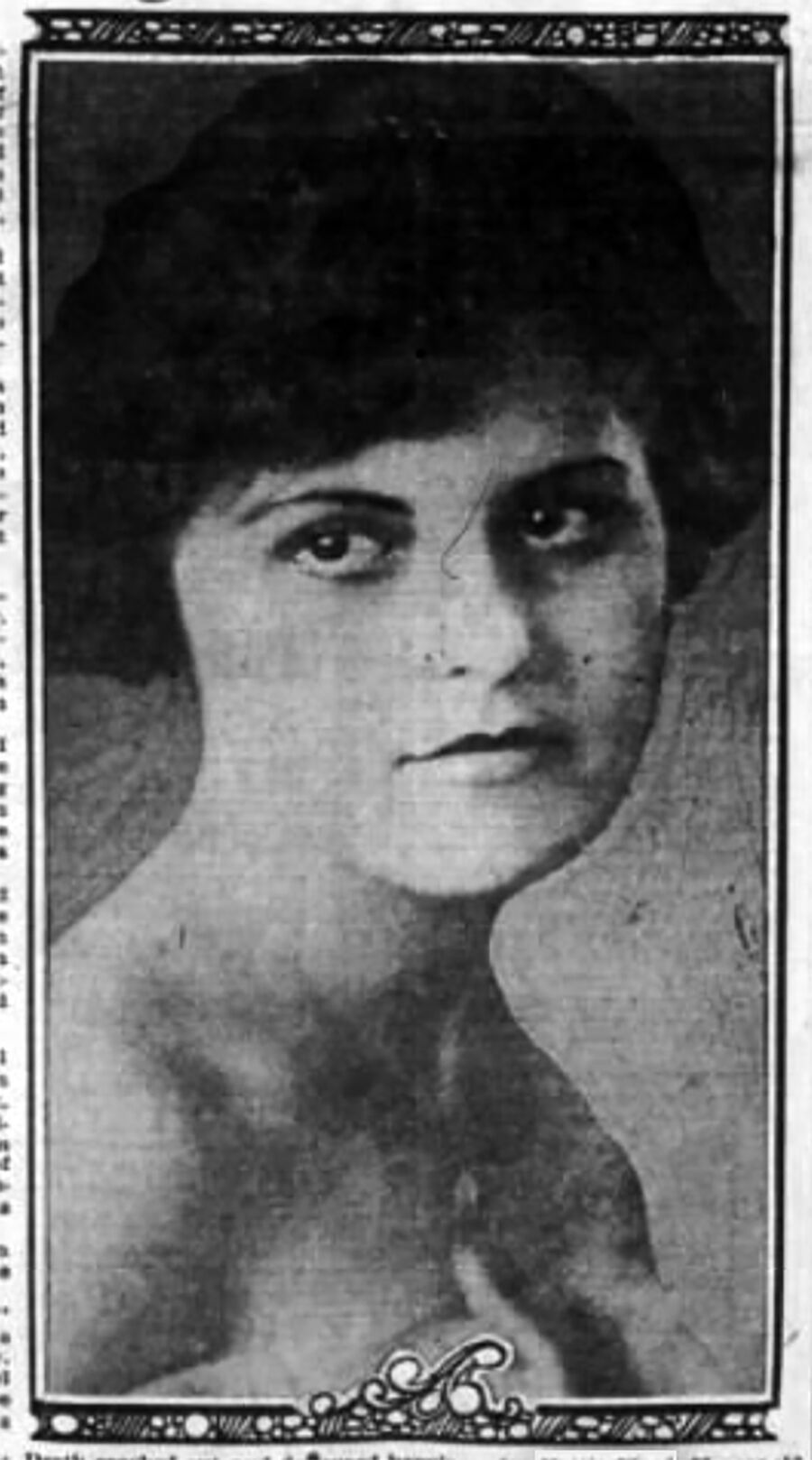 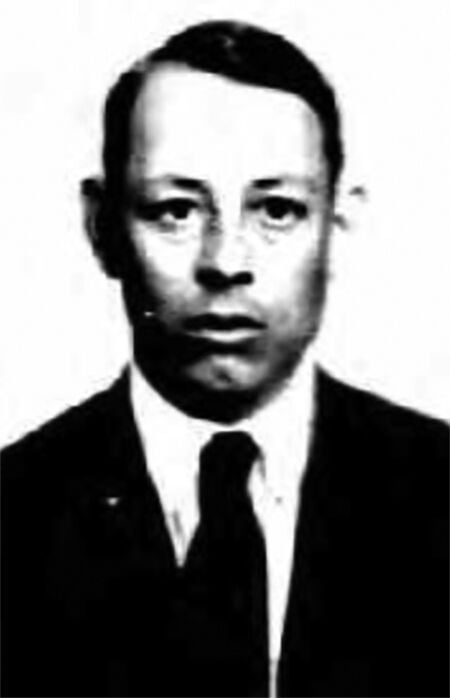 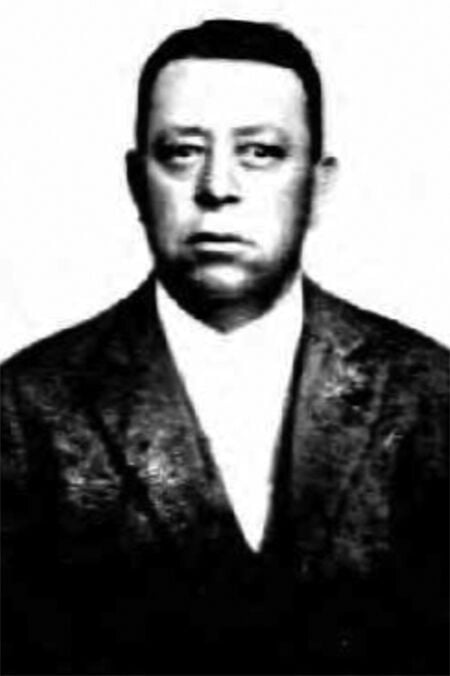 First National Bank of Vernon, Calif., where William A. Schanbacher, previously of Hannibal, Mo., was working at the time of his planned marriage, April 29, 1924. Los Angeles Times, Jan. 1, 1921.

Advertisement for the Vaportorium in Los Angeles, Calif., where William A. Schanbacher, previously of Hannibal, Mo., was treated for, and believed cured of catarrh. Los Angeles Daily times, Dec. 10, 1919.

The evening before her wedding, April 28, 1924, Hattie Flood was giddy with anticipation. At home in her parents’ small, pastel stucco house, located in a residential area at 837 East 23rd St., in Los Angeles’ Historic South Central District, she marveled at all the gifts on display from friends, co-workers and family.

The crowning jewel on display, however, was her wedding gown, hand crafted by Rose Flood for her only daughter, the progress of which had been hidden from view each time Hattie’s fiancé paid a call.

For 27-year-old William A. Schanbacher (a native of Hannibal, Mo.) to see the gown before the wedding day, was, of course, bad luck.

Schanbacher had recently been named assistant cashier at the First National Bank in nearby Vernon, Calif. During the short time of his employ at the new bank in Vernon, he apparently won the esteem of the bank’s employees and directors, because the most spectacular item of all on display at the Flood home that evening was a chest of silver, gifted by the bank’s employees and board members.

After dating Hattie for four years, Schanbacher finally felt financially secure enough to start a family. He had won the admiration of Hattie’s father, George Flood, who described his future son in law as thus: “A good fellow, always jolly and kidding everyone along, a friend of the whole family.”

William had already been through a lot in his 27 years. Following his service in the World War, Schanbacher was suffering with catarrh, a swelling of the mucus membranes. He subsequently found a “cure” under dry-vapor treatments from A.H.B. Roberts at the Vaportorium, located at 220 S. Bonnie Brae in Los Angeles.

So appreciative of his cure, Schanbacher invested in and went to work for the A.H.B. Roberts’ Vaportorium, serving as the corporate secretary in 1920. During this time Schanbacher formed a relationship with Thomas and Robert O’Donnell, funeral directors from his hometown of Hannibal, and they invested in A.H.B. Roberts’ dry vapor treatment as well.

Back to health in 1924, a new job and a wedding date established, Schanbacher looked forward to the future with optimistic anticipation.

The wedding was to be the morning of Tuesday, April 29, 1924, at St. Paul’s Catholic Church, on West Washington Blvd., just blocks from his family’s home, 2134 Ninth Ave., in LA’s Mid City District.

William A. Schanbacher, born in 1896, spent his youth on Hannibal’s West End, influenced by the early steam railroads that passed through his neighborhood and the unpredictability of Bear Creek. His parents, William F. Schanbacher Jr., and wife, Bertha Woodson Schanbacher, operated a saloon at the corner of Lindell and Gordon, near the Market Street intersection. And that’s where William, his brothers, Frank and Harold, and sister, Virginia, grew up.

William’s father, a second-generation Hannibalian, saw the Pacific coastal states as an enticing lure, filled with favorable weather and financial opportunity. Not satisfied to spend his lifetime as a liquor dealer in Hannibal, as his father had before him, in 1906 he went on a trip to Spokane, Wash., hoping to find an environment more suited to his tastes.

After his return to Hannibal, he resigned to the practicality of tending to business at the saloon on Lindell Avenue. But by 1917, his wanderlust returned.

This time he set his sights on Los Angeles, where quite a number of Marion County, Mo., residents had already — and would in the next few decades — settled.

He closed out his saloon circa 1918, and subsequently transferred possession of the building to Walter M. Griggs, proprietor of Granny’s Lunch Room.

Two items of historical note were taking place at the time the Schanbachers moved to California. First was the World War, which would end with the German surrender on Nov. 11, 1918. The other was the movement known as Prohibition, which went into effect nationwide on Jan. 17, 1920, and would have ultimately closed down the Schanbacher liquor business in Hannibal.

William A. Schanbacher registered for the draft June 5, 1918, in Los Angeles. The family was living at 1325 Reid St. By the spring of 1920, they had purchased a house at 2132 Ninth Avenue. It was in that neighborhood, not far from St. Paul’s Catholic Church, where the Schanbachers lived in the days leading up to William’s marriage to Hattie Flood.

Hattie and William had an apartment all set up in which to live, and they had gone grocery shopping together in order to stock the pantry. But they wouldn’t occupy the apartment as a couple until after the wedding.

At 9 p.m., on Monday night, April 28, 1924, the phone rang at the Flood house. Probably William, calling to say goodnight, Hattie thought when she picked up the receiver. But no, it was someone else, someone who asked to speak with Mrs. Flood. Hattie handed the phone to her mother, who took the receiver to her ear.

George Flood grabbed his car keys and raced the few miles to the Schanbacher house. He ran through intersections and missed stop signs in a race to confirm if what he had just heard was true.

William, at his parent’s house at 2134 Ninth Avenue, had been listening to the radio when, without warning, his heart gave out. A well-respected doctor nearby tried to resuscitate William, to no avail. A minister living across the street was summoned, and gave last sacraments. William, at just 27, was dead, 12 hours before the scheduled wedding ceremony.

George Flood returned to his home where Hattie awaited. He didn’t need to say a word; she knew by the forlorn look on her father’s face that William was gone.

Services for William A. Schanbacher were conducted at St. Paul’s Catholic Church, the same church where he was to have been married. He was buried at Calvary Cemetery, in his wedding clothes.

Hattie Flood, who had previously worked as a stenographer, went back to her trade. She married in 1926, but that marriage ended in divorce. Hattie Flood Burrows died in Nov. 8, 1972 in Los Angeles.

Note: Among the sources for this story was a bylined feature written by Marjorie Butler, a 1922 graduate of Pamona College, for the Los Angeles Evening Post Record, published April 30, 1924. newspapers.com