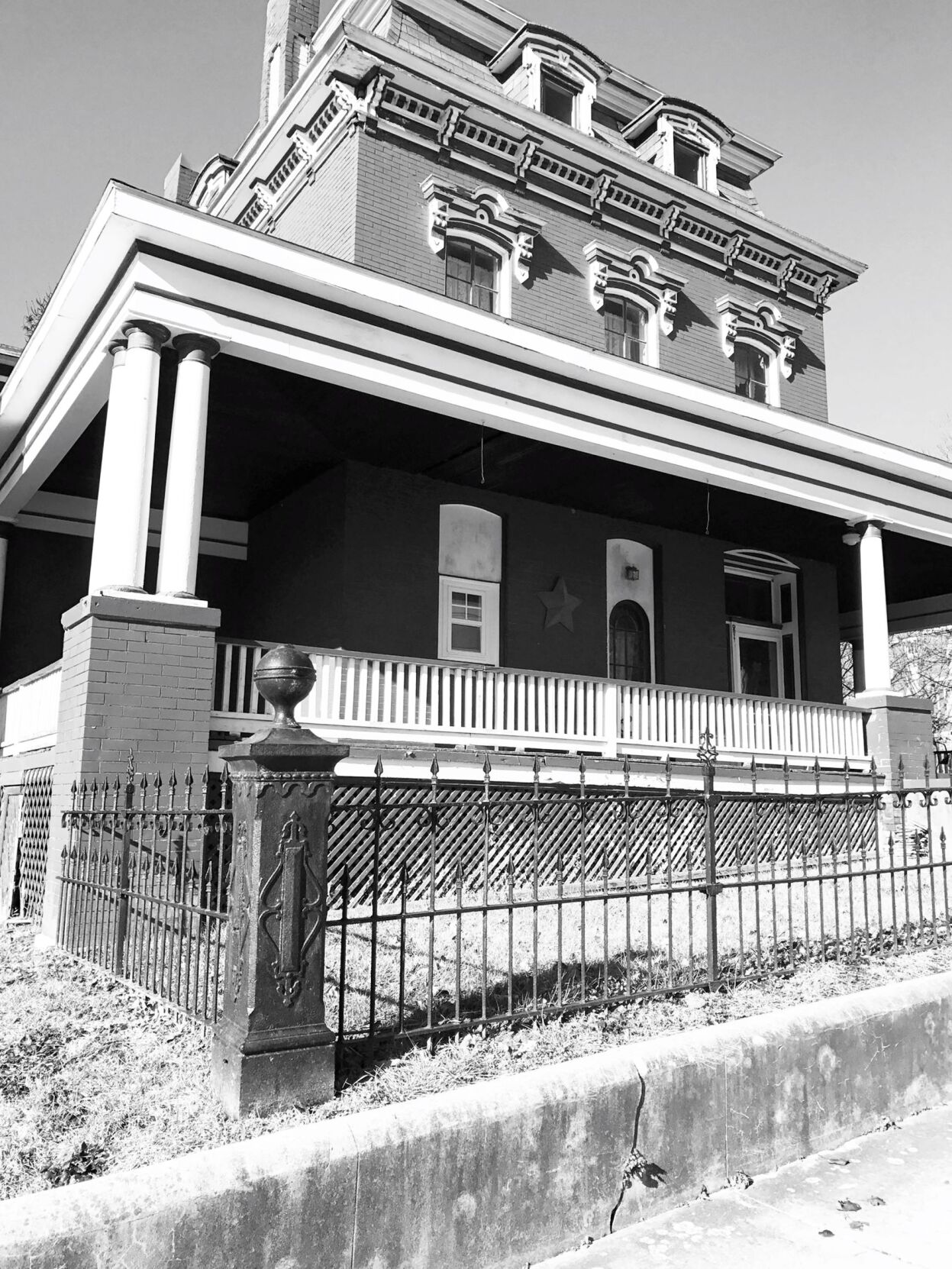 The A.J. Settles House, photographed by Mary Lou Montgomery in 2016. It was constructed by John M. Patton in 1872. 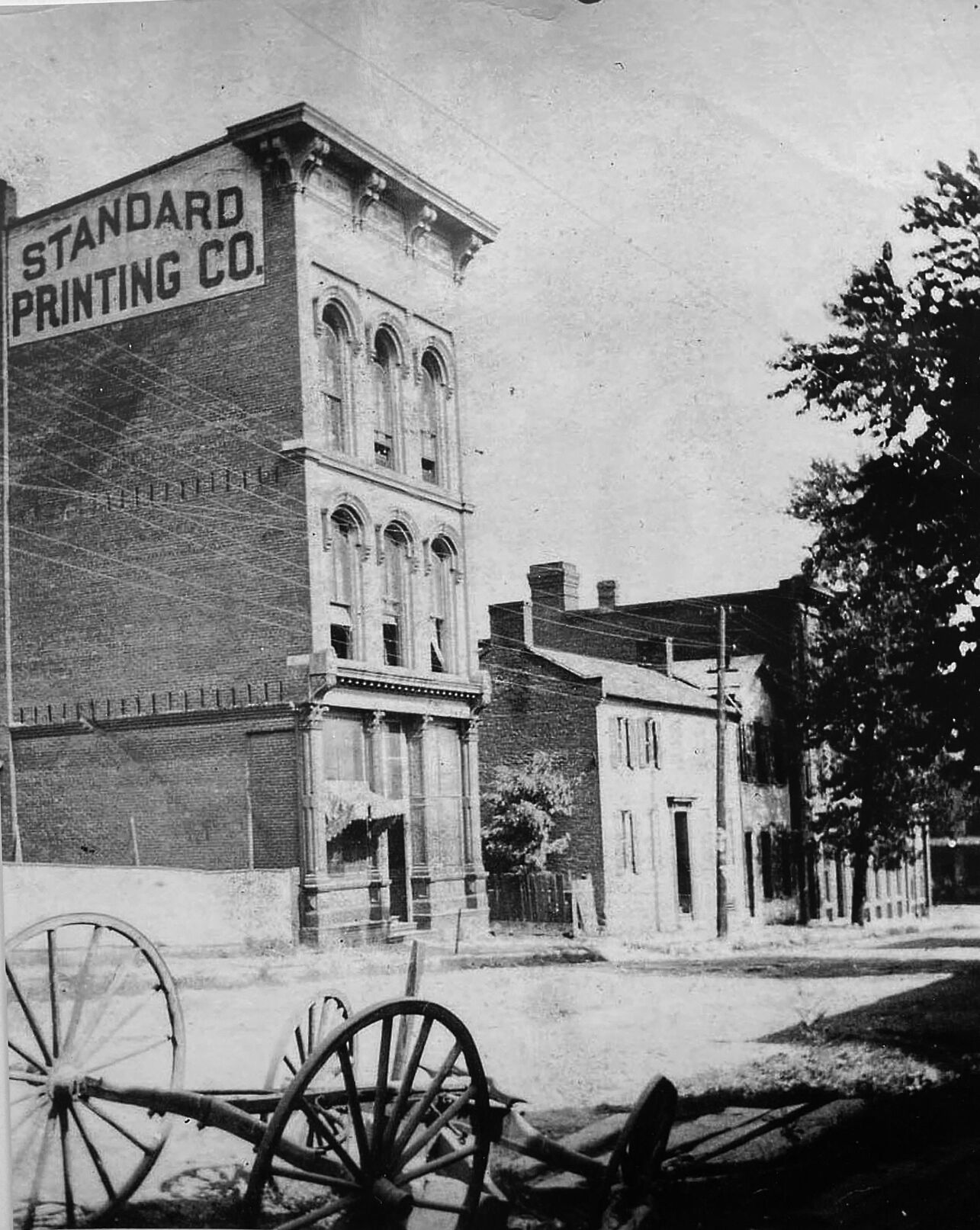 This early photo shows the Hock Building, still standing at 312 Center Street. It was constructed by John M. Patton in 1872. 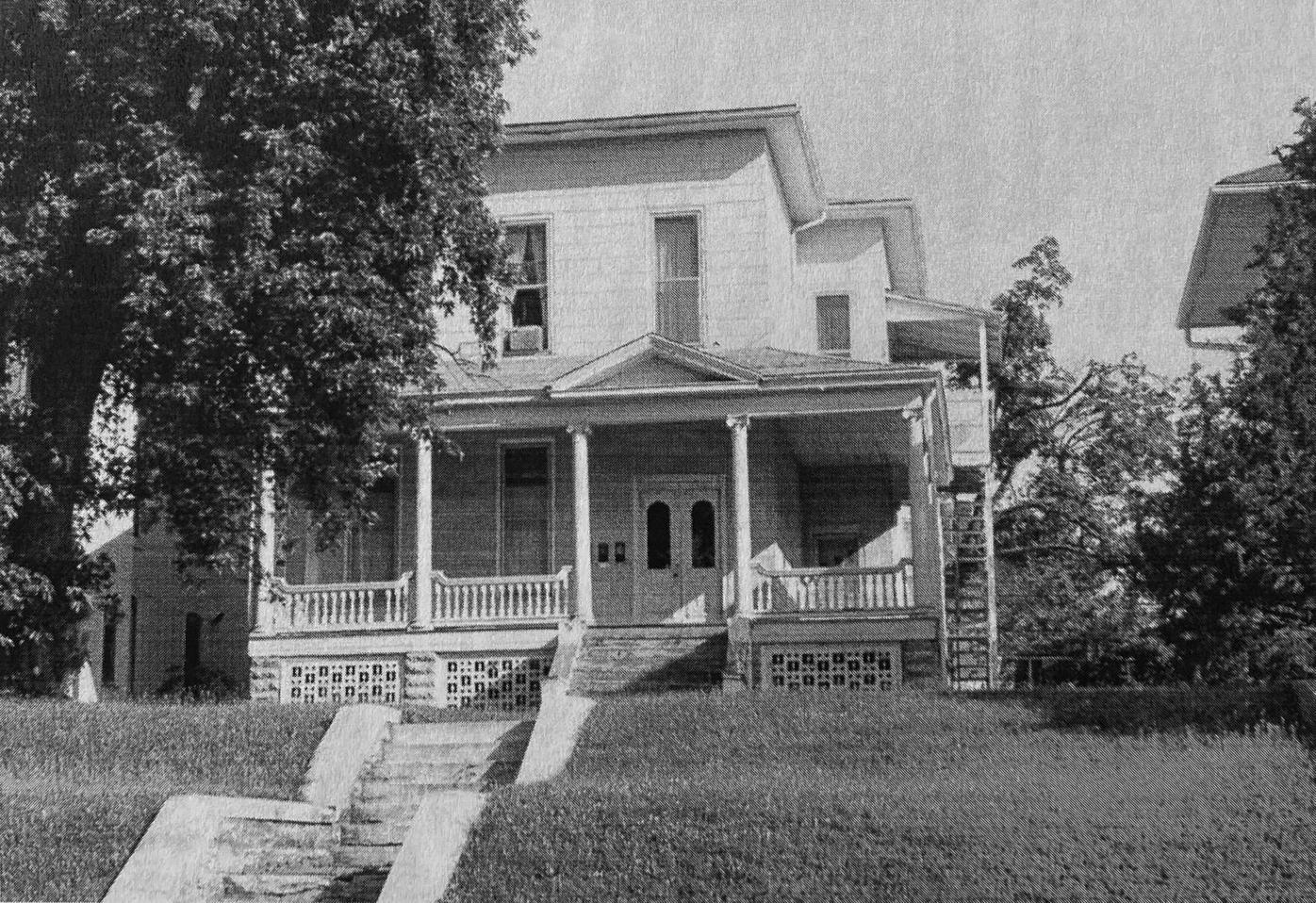 The A.J. Settles House, photographed by Mary Lou Montgomery in 2016. It was constructed by John M. Patton in 1872.

This early photo shows the Hock Building, still standing at 312 Center Street. It was constructed by John M. Patton in 1872.

John M. Patton’s name seldom appears in Hannibal’s historic annals, but the legacy he left behind when he died in 1898 at the age of 59 remains significant.

Patton’s work during the quarter century of his tenure as contractor, builder and millworker collectively changed the face of Hannibal following the Civil War.

Buildings still stand as a testimony to his high standards of skill and craftsmanship.

Among the structures to his credit, as identified by the Historic Inventory compiled by Esley Hamilton during the 1980s:

In addition, J.M. Patton was administrator of the William Hubbard estate in 1892, and oversaw the establishment of Hubbard’s Addition in the St. Mary’s Avenue area.

John M. Patton learned the carpentry trade at the side of his father, Thomas Patton of Virginia.

When he was 18, John left home and headed west, working in Illinois and Iowa before moving to Hannibal. Here he met his future wife, Sarah A. Hubbard, the daughter of William Hubbard, one of the area’s earliest settlers. John and Sarah married in 1859, and for a few years he worked in the tobacco trade. During the Civil War, he went west and north, to Nevada and Montana, returning to Hannibal at war’s end.

Back in Hannibal, he started out in the contracting and building trade. In 1873, he expanded his business dealings, partnering to enter into the sash, door and blind business. By 1875, he was operating a mill on Collier street, which manufactured sash, doors, blinds, moldings, stairs, railings and anything else required for the woodwork of a house.

In 1888, Patton’s company was located on the southwest corner of Ninth and Lyon, where Mark Twain Architectural Salvage Supply Company is now located. (Gordon Harrison, whose company owns the building, said that he has seen a photo of corbels and other moldings stored on the second floor of this building, which was later damaged by fire. The second floor was ultimately removed and the ceiling lowered, he said.)

John and Sarah Patton had seven children, but only four lived to adulthood:

• Lizzie Patton, (born 1863) was a Hannibal school teacher. After teaching in Hannibal, she moved to Pueblo, Colo., and resumed her profession. Her mothers and sisters followed her to Colorado. She taught in Pueblo at least through 1920.

• Charles Patton, (born circa 1871) worked as a bookkeeper for his father in Hannibal. He eventually moved to Seattle, Wash., where he worked as a real estate salesman. He died in 1942 in Seattle.

• Jessie Patton (born 1874) was married to the Rev. Corry S. Baird, who served as pastor of the Pilgrim Congregational church in Hannibal in 1891. The marriage took place in September 1902, in Pueblo, Colo., two weeks after Rev. Baird traveled in order to conduct a marriage ceremony for his wife’s sister, Rhae. The Bairds had two daughters, Mary E. and Ruth E. Baird. Jessie preceded her husband in death.

The Pattons lived in several houses during their life in Hannibal, but most significant is the house (still standing) located at 1046 (later renumbered 1120) Broadway.

Esley Hamilton included this house in the Historic Inventory he compiled for the State Historical Survey and Planning Office, Jefferson City, in 1882. It was compiled from notes made by Roberta Hagood from Portrait and Biographical Record, 1895, page 236.

“William A. Hunt bought this lot in 1869 and was living here by 1873. He was cashier of the Saving’s Bank of Hannibal and a steamboat agent. In 1875 financial reverses caused him to leave Hannibal, when the house was bought by Sarah N., wife of Louis F. Keebaugh. He was a clerk for the Hannibal and St. Joseph Railroad. In 1883 they sold to Samuel A. Drake, a merchant associated at that time with J.O. Farmer, who had just moved to 215 North Maple.

Drake sold in 1887 to John M. Patton (1837-1898), a contractor and mill owner who was key figure in the post-war look of Hannibal. After his death his widow moved to Colorado and the house was sold to William J. Roth (1858-1934). He was president of the Hannibal Trust Company and very active in real estate.”

Mary Lou Montgomery, retired as editor of the Hannibal (Mo.) Courier-Post in 2014. She researches and writes narrative-style stories about the people who served as building blocks for this region’s foundation. Books available on Amazon.com by this author include but are not limited to: "The Notorious Madam Shaw," "Pioneers in Medicine from Northeast Missouri," and "The Historic Murphy House, Hannibal, Mo., Circa 1870." She can be reached at Montgomery.editor@yahoo.com Her collective works can be found at maryloumontgomery.com