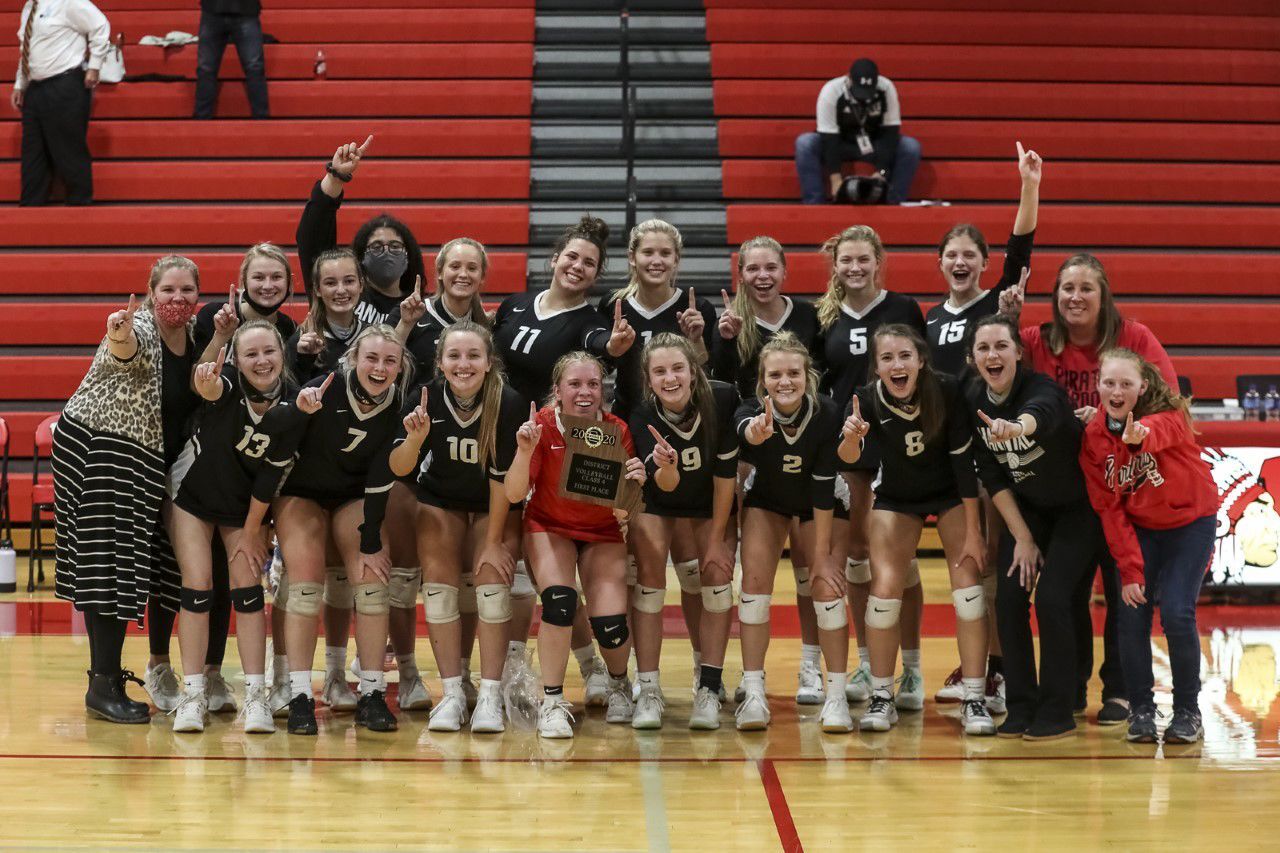 The Hannibal Lady Pirates volleyball team celebrating its victory over Warrenton on Thursday, which puts them in the state tournament. 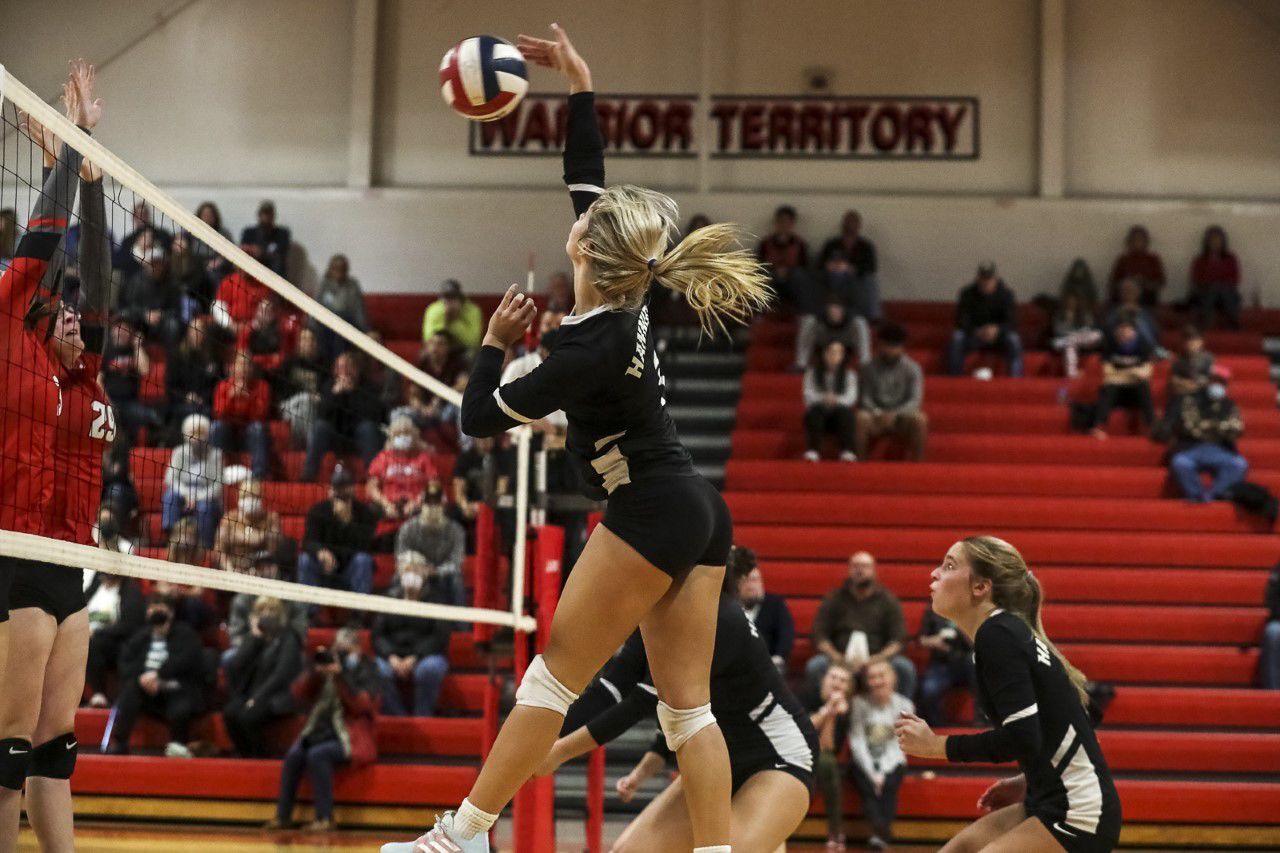 Hannibal outside hitter Bella Falconer spikes the ball in Thursday’s win over Warrenton in the district title game.

The Hannibal Lady Pirates volleyball team celebrating its victory over Warrenton on Thursday, which puts them in the state tournament.

Hannibal outside hitter Bella Falconer spikes the ball in Thursday’s win over Warrenton in the district title game.

WARRENTON, Mo. — For the first time since 2011, the Hannibal Lady Pirates are headed to the state volleyball tournament.

No. 2 seed Hannibal defeated No. 1 seed in five sets over No. 1 seed Warrenton in a hard-fought Class 4 District 7 Final at Warrenton High School on Thursday night.

“I’ve said all year (that) we have a really young team, but they are scrappy and I’m really excited for them,” said Hannibal head coach Megan Phillips. “They play as a team and they want to win as a team.”

Hannibal won a close 25-23 win in the first set over Warrenton.

“It was a really close set, but we talked about how we had to come out strong and making sure we took the first set so momentum stayed our way,” Phillips said. “They were hyped and ready to play tonight.”

The second set was the only lopsided set of the night, with Warrenton earning a 25-12 win.

“We just made some silly mistakes and it kind of got in their heads a little bit,” Phillips said. “We dropped the second set, and we talked about how that didn’t define what we did and we could come back from it.”

Hannibal roared back in the third set, defeating Warrenton 25-22.

Phillips said her team fought hard and played as a team in the third set.

“Kate (Maune) and Bella (Falconer) had some amazing swings for us tonight,” Phillips said. “Courtney (Locke) and Kendel (Locke) had some great blocks that touches off their outside hitter. Allie (Hull) was fantastic in the back row, so was Kate.”

The fourth set would not be decided by 25 points. Warrenton came away with a 27-25 fourth set win to tie the game at 2-2.

“It was really close in that fourth set,” Phillips said. “We kind of thought we had it and they kind of backed off and gained a couple of points on us. It was a battle until the end.”

Hannibal punched its ticket to the state tournament with a 15-10 fifth set win over Warrenton to win the match.

Phillips said it was a very competitive match between the two teams.

“In that fifth set only playing to 15, we talked about in the huddle on how we had to come out strong because those 15 points come up so fast,” Phillips said. “We came out and Kate had a pretty good serving run for us. We just kind of kept rolling.”

Falconer had a team-high 29 digs and 21 blocks, plus a block. Maune had three aces, one block, 15 kills and 15 digs. Nora Hark had 47 set assists and five kills.

“Bella had some great kills for us,” Phillips said. “Kendel had some really good swings and blocks for us, too. Kate had some great swings and digs. Allie played really well in the back row. Brynn (Burton) was a clutch server for us tonight and she had quite a few aces for us.”

Hannibal will host Parkway West (9-4) on Saturday in the State Sectionals.

“Tomorrow we will have practice and will walk through serving things,” Phillips said. “We will watch film on Parkway West just to kind of see what their offense and defense looks like to see what their holes on defense are.”