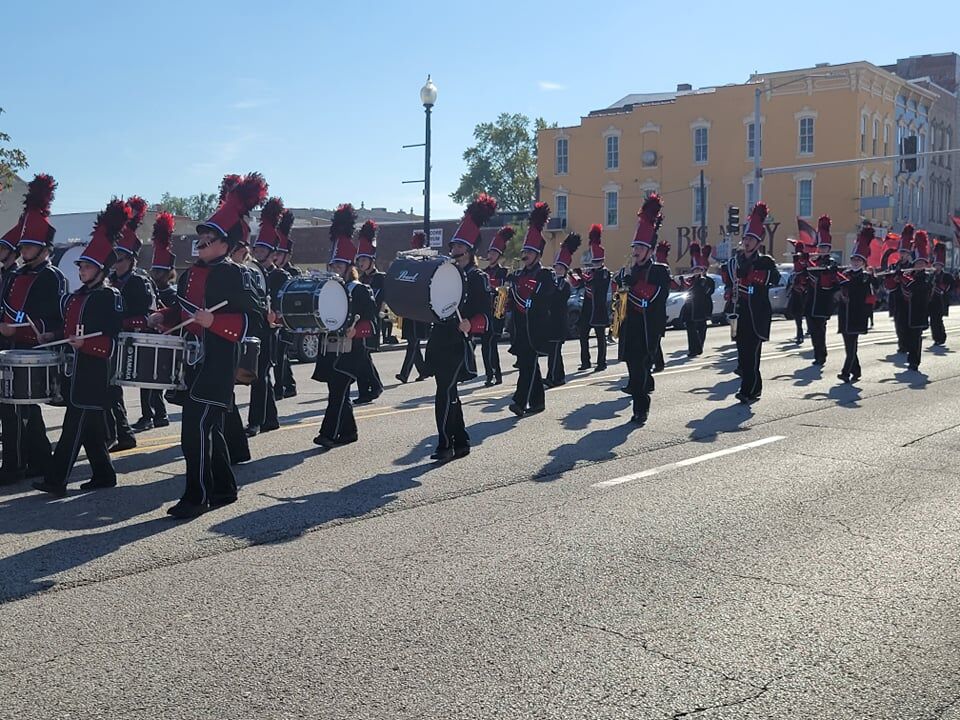 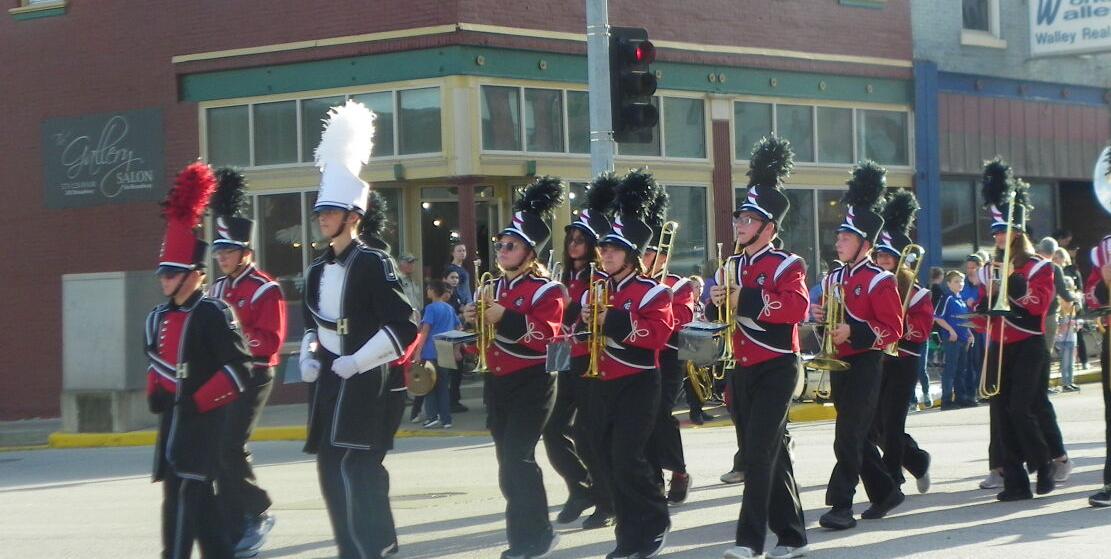 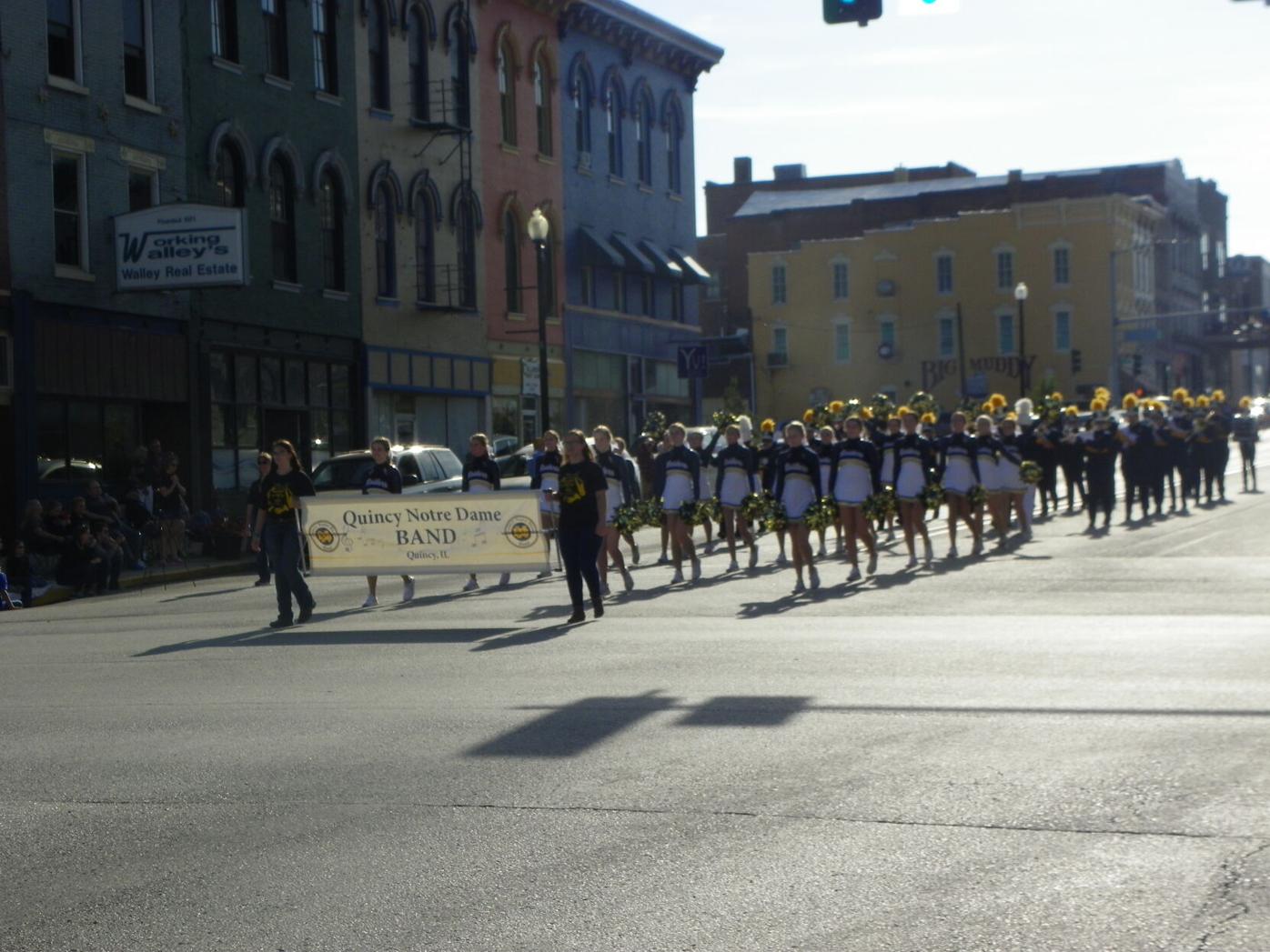 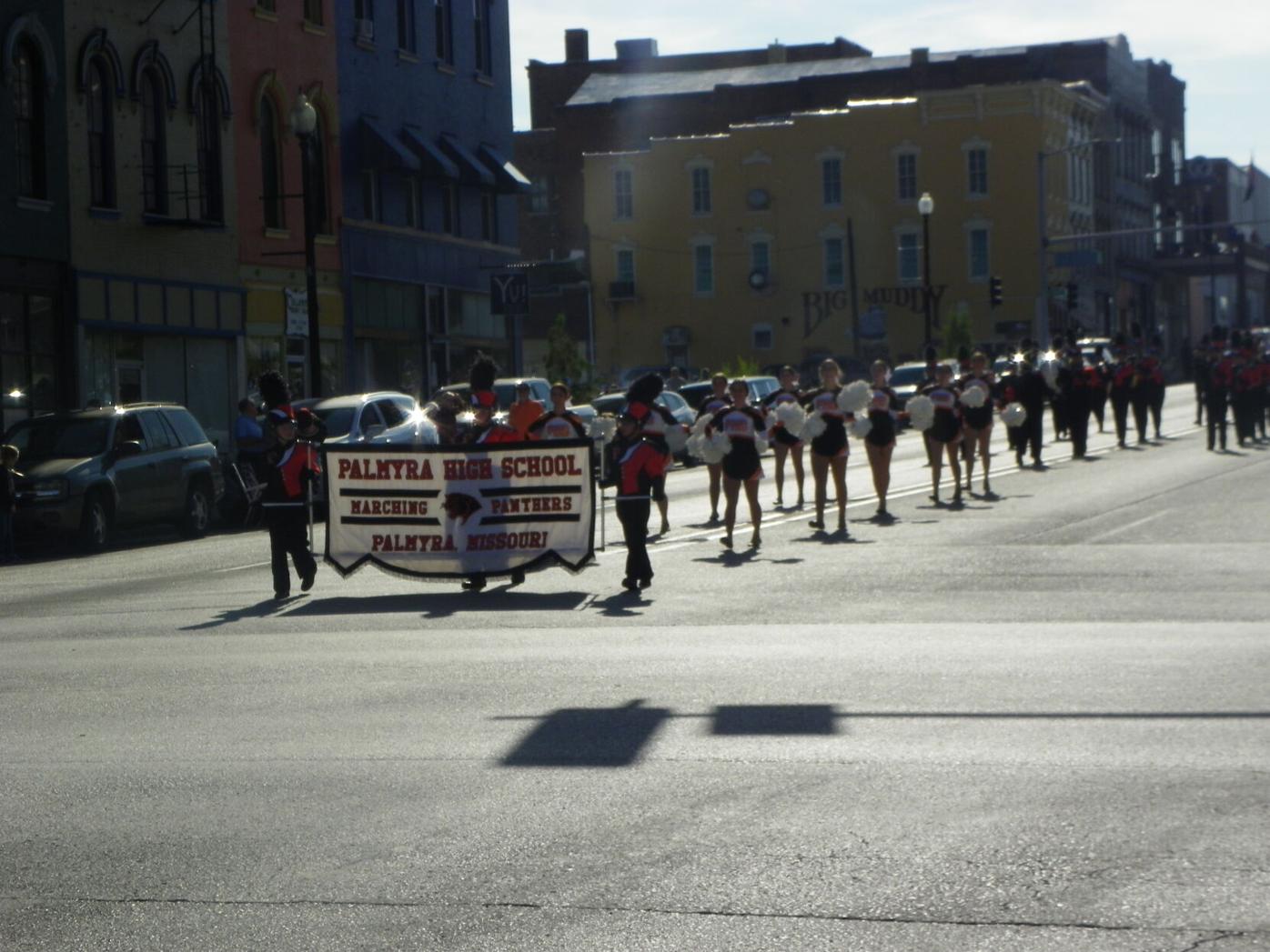 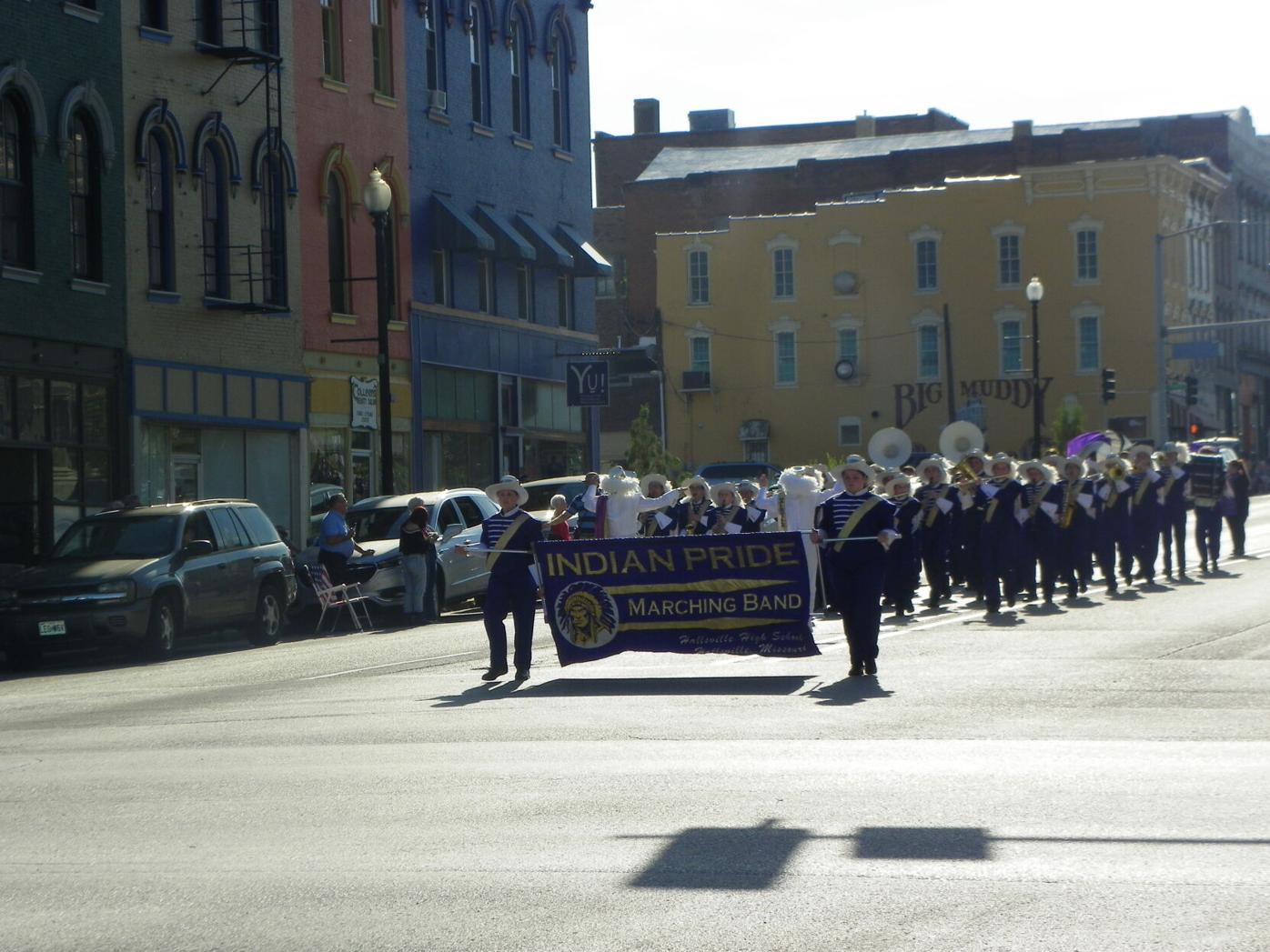 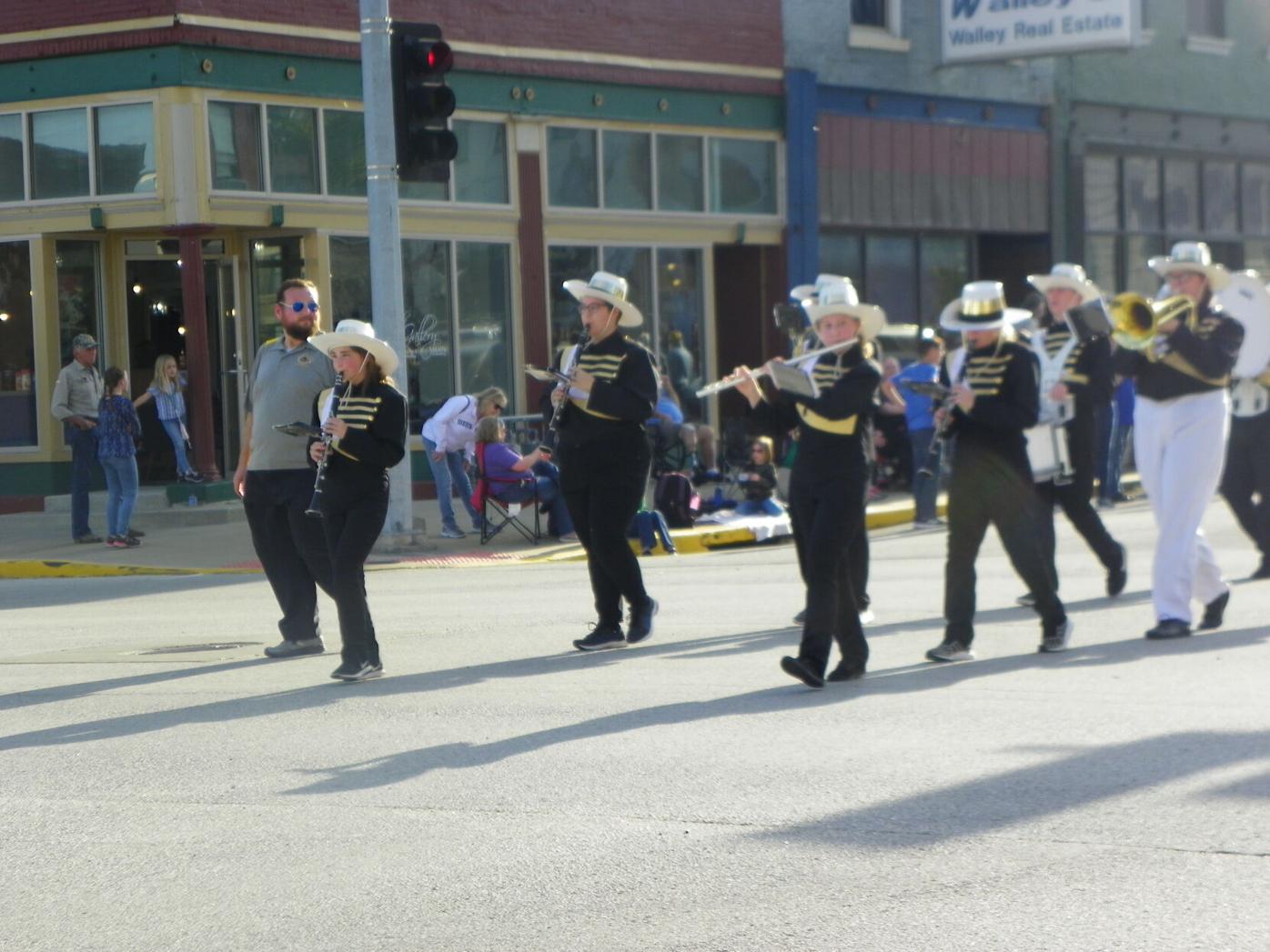 HANNIBAL — Hannibal came alive on Tuesday afternoon with the sound of 28 marching bands from across the region as they paraded down Broadway in the 72nd Band Day.

Band Day is a Hannibal tradition drawing crowds from both sides of the river celebrating area marching bands from schools of all sizes. Jeff Duffy, one of the Hannibal band directors, said the day is not meant to be a competition but to instead give every band a chance to shine.

“We go to a lot of competitions, but this is more of an exhibition,” Duffy said. “The reason it’s always been that way, and still is, is that band day is an opportunity for some of our smaller schools to come out and perform without the risk of being judged negatively.”

After cancelling Band Day last year and not attending competitions because of the pandemic, the excitement for the return of band activities has been in the air since the marching band season started last August with late night and early morning practices throughout the week.

And the big day was no disappointment with clear skies and perfect fall temperatures, as people gathered on the sidewalks cheering for every band marching by.

For many around the area, Band Day is a precious tradition filled with memories.

Larry and Sherry Graver have been going to Band Day since their granddaughter marched with the Hannibal High School band. Tuesday, they watched her march in the Quincy University band. Next year their younger granddaughter will start marching band and they will have a whole new generation to watch.

The day continued into the evening as twelve bands performed field shows at Porter Stadium. This year’s field show for Hannibal is titled “X Marks the Spot”, a showcase of shipwrecked pirates in search of a treasure. The performance includes a fight scene in which color guard members clank swords to win the treasure, and a twist ending where a trumpet soloist atop a pirate ship gets away with the gold.

“After having to cancel Band Day 2020, we are so excited to showcase and celebrate these young musicians today,” said Chris Booker, member of the Hannibal Band Boosters. "We are also so incredibly grateful for all of the volunteers and donations that make this event possible.”