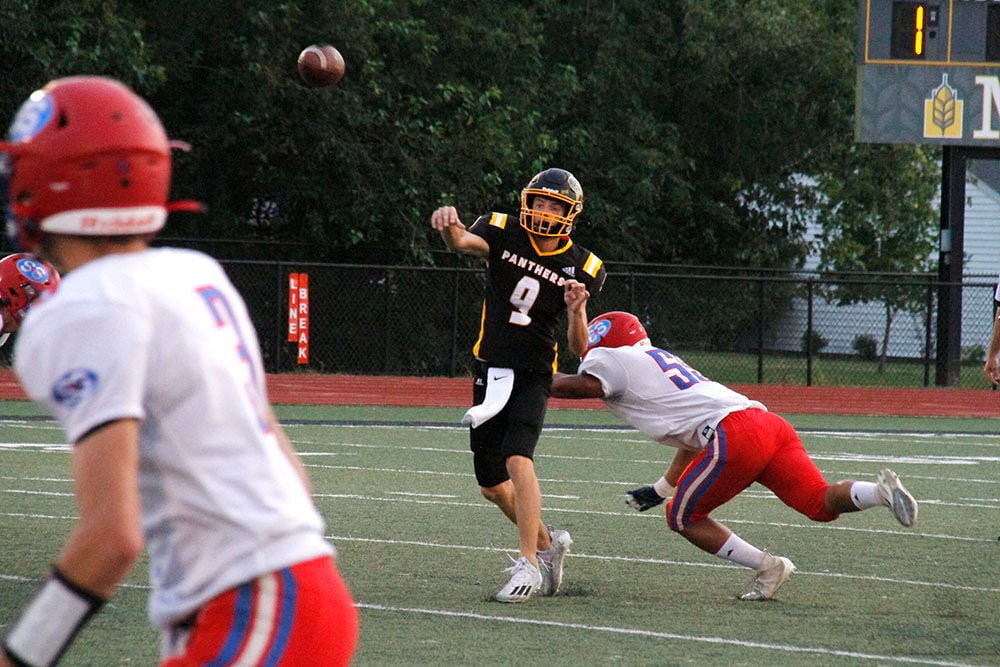 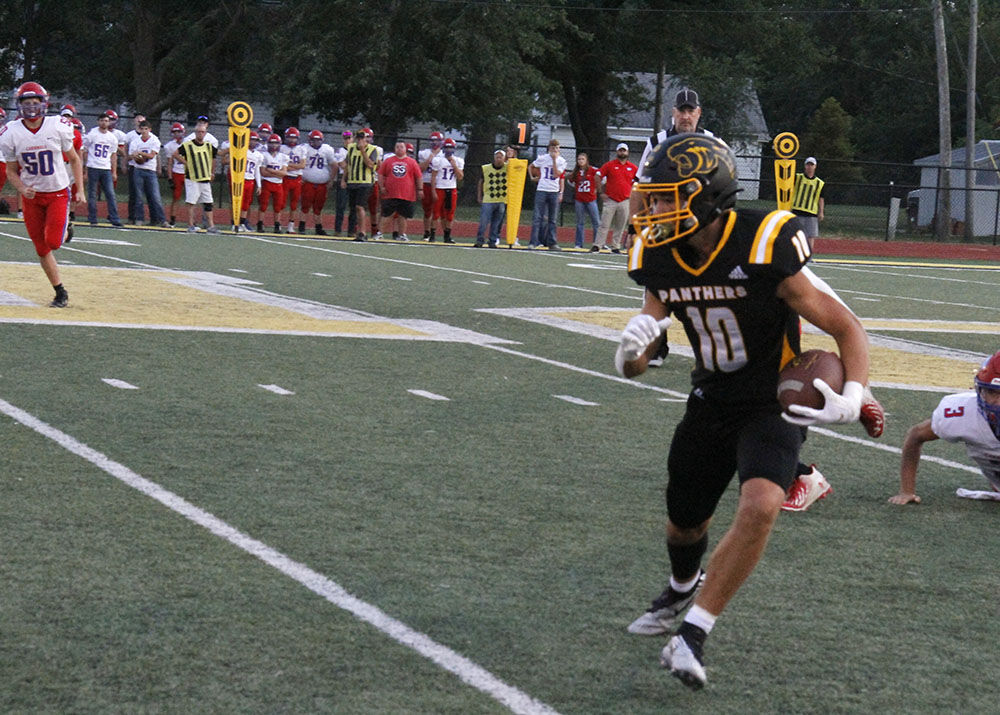 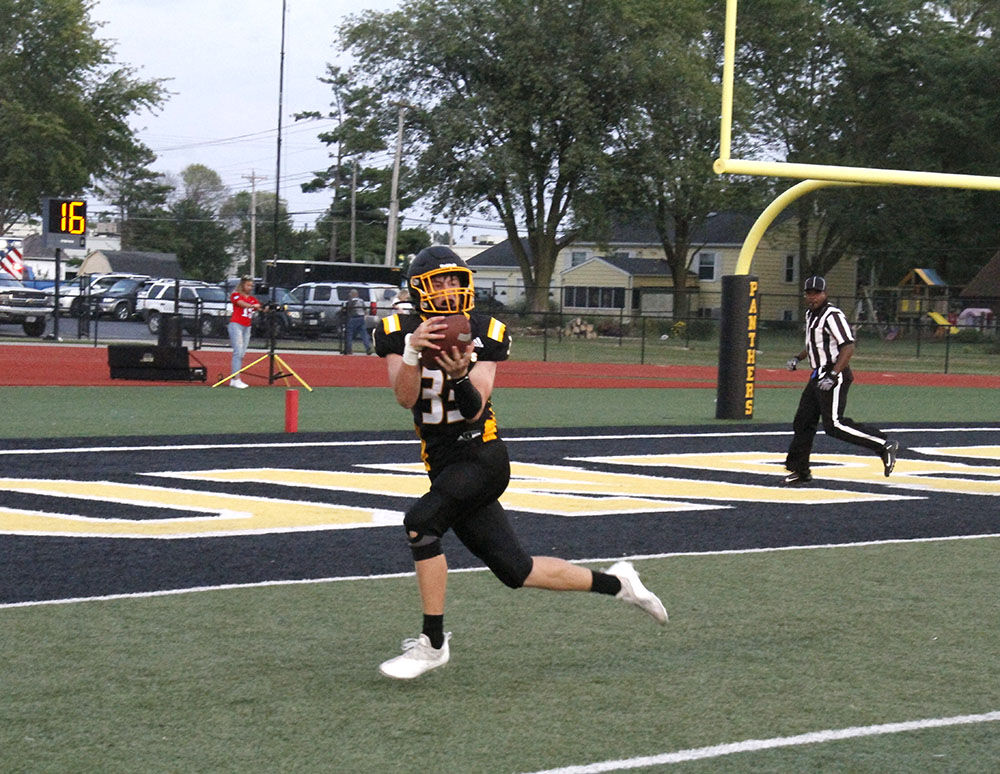 MONROE CITY, Mo. — It could not have been scripted any better in Monroe City’s home opener against South Shelby on Friday.

The Panthers came away with a 48-8 win over the Cardinals in front of a packed house, with the offense and defense firing on all cylinders.

“It feels really good,” said Monroe City head coach David Kirby. “We had some good road trips in the first couple of weeks. We played in front of our home fans tonight and to be as successful as we were is a great feeling. Kudos to the kids. They put out a great week in practice and came out and performed tonight.”

It only took the Panthers two plays to score when quarterback Kyle Hays threw a 37-yard pass to Waylon DeGrave and a 23-yard touchdown pass to Cade Chapman. A run by Landon Utterback to convert the two-point conversion put Monroe City up 8-0.

On Monroe City’s next possession, Joshua Talton broke off a 91-yard run to set up a two-yard touchdown run by Ceaton Pennewell. Hays threw a pass to Deion White to convert a two-point play to put the Panthers up 16-0.

Hays then threw a 51-yard pass to Chapman to get Monroe City back in the red zone in their next possession. This set up a four-yard touchdown pass from Hays to White. After a run by Joshua Talton to get the two-point conversion, the Panthers had a 24-0 lead near the end of the first quarter.

Early in the second quarter, Pennewell ran in his second touchdown, a three-yard run. Talton again ran in the two-point conversion to put Monroe City up 32-0.

“The offensive line played well,” Kirby said. “Our defense put us in some good spots, so we could capitalize on some shorter fields. We just played really well.”

Late in the second half, Hays connected with DeGrave for a 66-yard touchdown pass, with Talton again running in the two-point conversion. The Panthers would take a 40-0 lead to halftime.

Hays went 7-for-7 passing for 181 yards and three touchdown passes.

“We’ve been game planning all week trying to throw some different wrinkles on them,” Kirby said. “We saw some things on film we thought we could take advantage of. Kyle is a great quarterback and if you give him opportunities, he can do a lot of great things.”

South Shelby had a drive going in their first possession of the second half, only to be snuffed out by a Josiah Talton interception in the end zone.

Monroe City then took over and went on a long drive that was culminated by a four-yard touchdown run by Elmer Mendez-Martinez.

The Panthers fell short of a shutout though, with South Shelby running back Cameron Wiseman rushing for a 70-yard touchdown midway through the fourth quarter.

“We gave some (second-string) kids some reps and we were trying to make some adjustments,” Kirby said. “I know our first-string really wanted that shutout. Our second-string guys got to step up. We got to continue to improve and they will and hopefully we can give them some more opportunities.”

Kirby and the coaching staff plan to break down film and scout Centralia to prepare for them during next week’s practices.