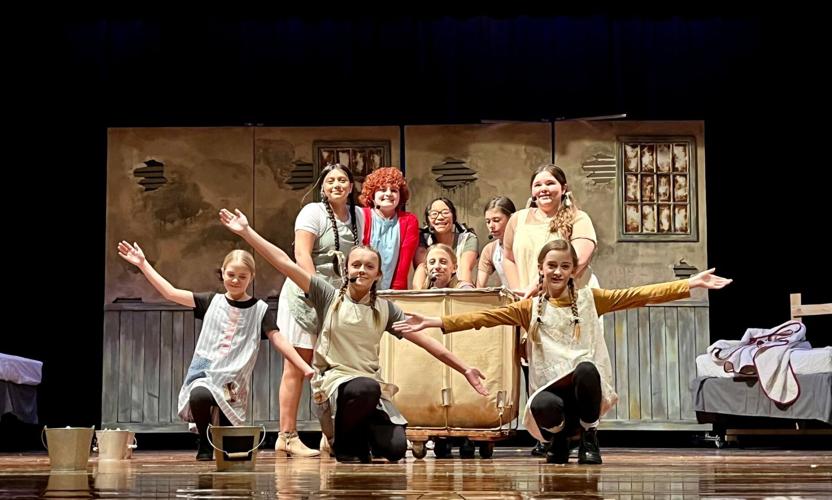 Annie and the orphans singing “It’s a Hard Knock Life” in the Hannibal Middle School’s musical production Annie Jr. which will open on Thursday night and run through the weekend. 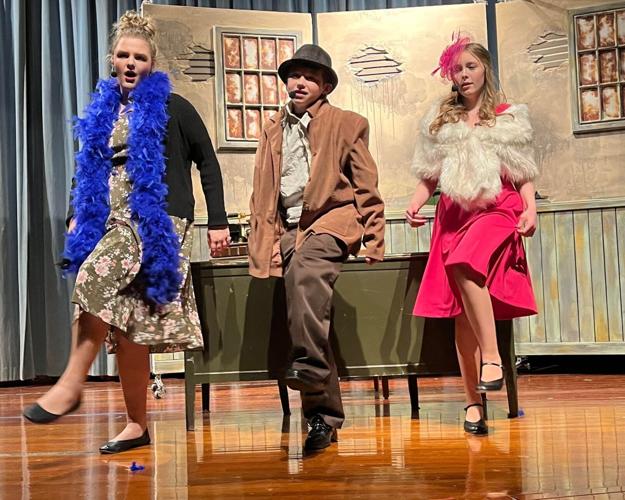 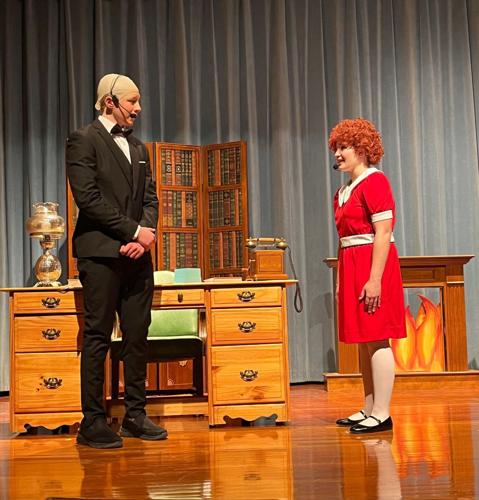 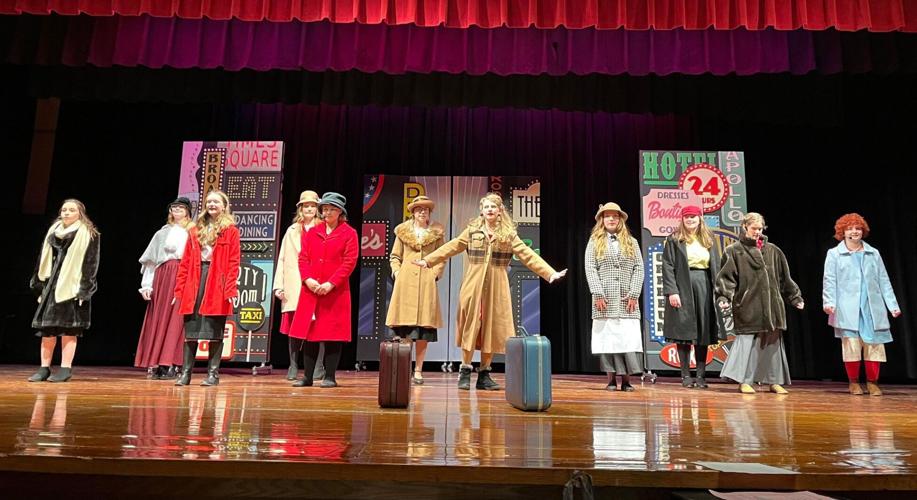 Arianna Speer singing "N.Y.C" in the musical performance, Annie Jr. which will open Thursday night at the Hannibal Middle School and run through the weekend.

The full cast and crew of the musical production, Annie Jr. which will open Thursday night and run through the weekend.

Annie and the orphans singing “It’s a Hard Knock Life” in the Hannibal Middle School’s musical production Annie Jr. which will open on Thursday night and run through the weekend.

Arianna Speer singing "N.Y.C" in the musical performance, Annie Jr. which will open Thursday night at the Hannibal Middle School and run through the weekend.

The full cast and crew of the musical production, Annie Jr. which will open Thursday night and run through the weekend.

HANNIBAL — An excited buzz filled Hannibal Middle School Monday afternoon as the cast of the annual musical transformed into beloved characters from the classic “Annie” for their first dress rehearsal.

The opening night of “Annie Jr.” is set for 7 p.m. Thursday at the Hannibal Middle School, and it will run through Sunday.

Warm in feelings and high on humor, the cast is made up of over 40 students from Hannibal Middle School and Holy Family.

As they prepared for the show, nerves were combined with high-energy fun from bonds that have formed while practicing four days a week since November.

But when the room went dark and the spotlight clicked on it was 1933 at the New York City Municipal Orphanage for girls where eight spunky orphans — nine including Annie — were introduced.

Elyse Rapp, eighth grader at HMS, is the surly Miss Hannigan who runs the orphanage. Rapp said she enjoys watching her friends play the part of the orphans.

“There are very strong personalities and unique characters in Annie and it’s really fun to see my friends transform into different people,” she said.

Rapp also plays alongside Maddisyn Pemberton and Leighton Hudson who plays Lily and Rooster, the scheming trio who pretend to be Annie’s parents and attempt to steal reward money offered by Oliver Warbucks.

Hudson, eighth grader at HMS, said he has had fun playing the part of Rooster who at one point dances on top of Miss Hannigan’s desk during the song “Easy Street.”

“My favorite thing about this musical is getting to play one of the lead villain parts,” he said.

“Since I am an eighth-grader, I love seeing how excited the sixth and seventh graders get when going on stage,” she said. “It reminds me how excited and nervous I got, and will probably get again, come opening night.”

Director Stacey Mueller said “Annie Jr.” is different from the traditional Annie because there are two fewer songs and they are accompanied by a performance track instead of an orchestra.

What is not different from the traditional show, is the difficulty of the songs, which are not altered to accommodate younger voices. This spotlights the high talent level of the cast.

“Whether it’s Annie singing ‘Tomorrow,’ Miss Hannigan complaining about ‘Little Girls,’ the orphans telling you about their ‘Hard Knock Life,’ or the big group numbers ‘I Think I’m Gonna Like it Here’ and ‘NYC,’ the students have worked really hard to learn these challenging songs and choreography,” she said.

Koryn Miller portrays the streetwise but always optimistic orphan Annie. Throughout the show, she leads the orphans in shenanigans to free her from the orphanage and then steals the heart of billionaire Oliver Warbucks.

A seventh grader at Hannibal Middle School, Miller has been performing in musicals since she was in third grade when she participated in the Hannibal High School production “Cinderella.”

“Annie Jr.” is her third musical, and Miller said she has developed great friendships over the years through doing musicals.

“It has given me the opportunity to get to know people that I might not have met before if I wasn’t involved in the musical,” she said. “It has opened me up and made me more comfortable talking to people.”

Jaxon Lay is an eighth grader at HMS and plays Oliver Warbucks.

“One thing I love about this musical is the atmosphere, being able to have fun with the cast, and the bloopers of acting just lighten the mood and make it enjoyable,” he said.

This is the fourth musical Mueller has directed at the middle school, and said the one word she would use to describe this cast would be joy.

“Everyone is rooting for everyone to do their best and it’s been a lot of fun to watch them support each other,” she said.

Mueller said watching the kids bring their roles to life has been a lot of fun. They have to figure out not only how to deliver lines –some with a New York accent– but how they will move, interact and react on stage.

“This has given us some good laughs in rehearsal, but these kids want to give the audience their best so they have worked really hard to put it all together,” she said.

To say they are excited, might be an understatement.

“Who isn’t? How can you not be?” asked DeStefane.

“I am so excited to see how every piece of the show puts itself together on the nights of the show because we have all worked very hard,” said Miller.

“I am most excited for everyone to come and see the hard work the students have put into this production,” said Mueller. “I really hope the audience has a wonderful time, leaves smiling, and thinking about ‘Tomorrow.’”

The show will start at 7 p.m. Thursday and Friday night and at 2 p.m. Saturday and Sunday. Tickets can be purchased in advance at Hannibal Middle School or at the door.