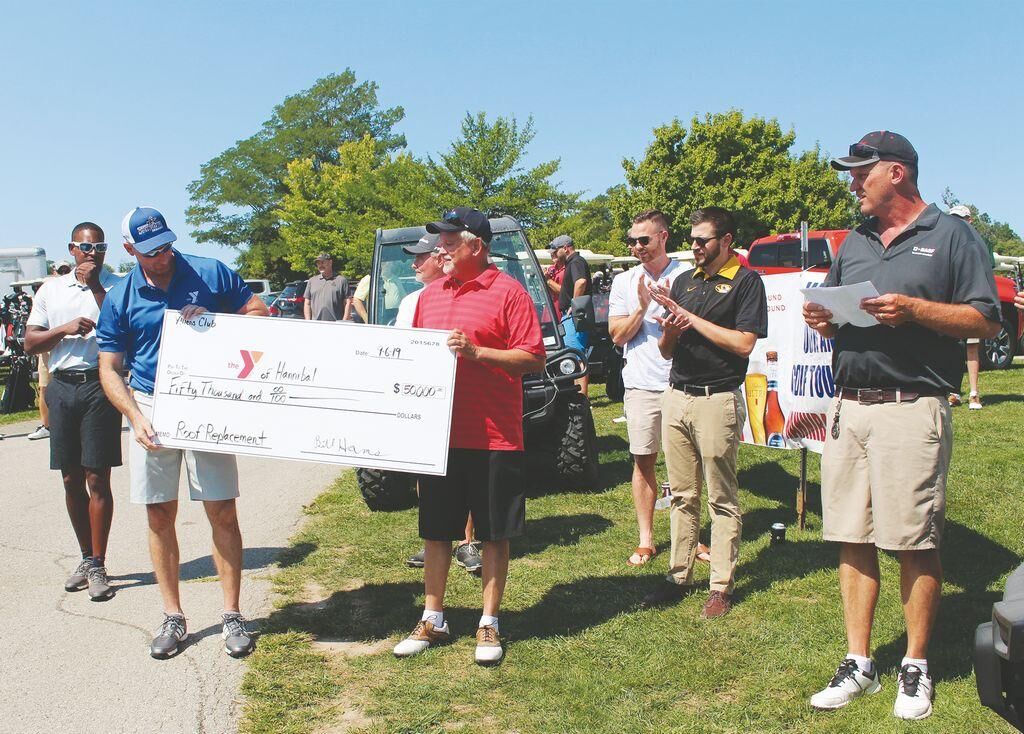 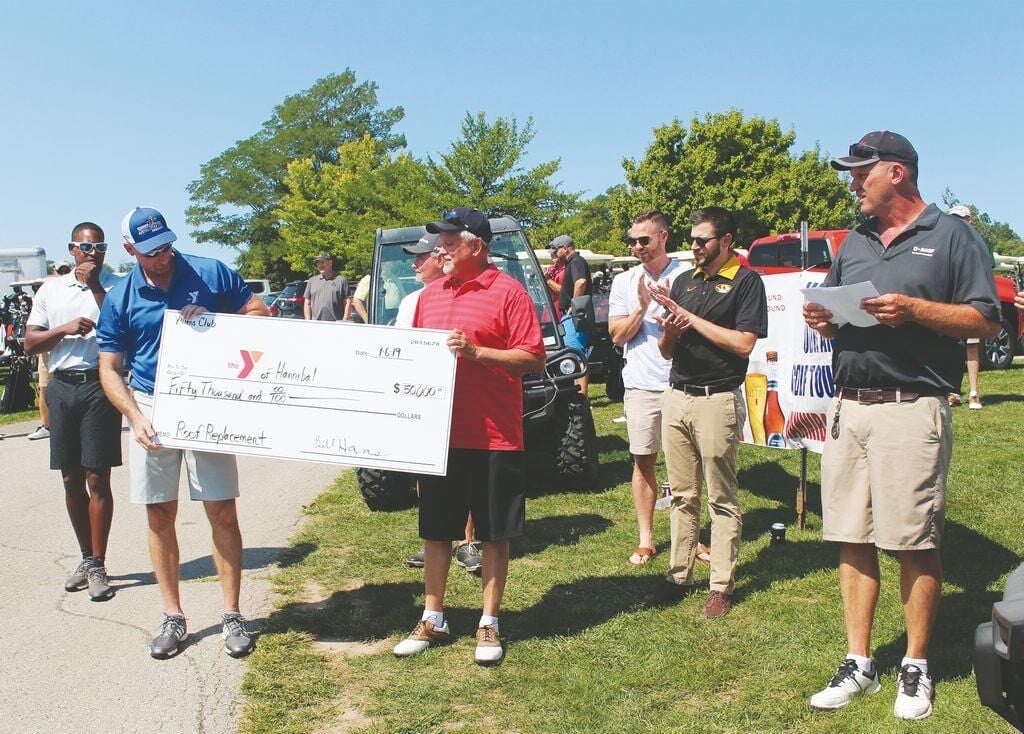 HANNIBAL — The fifth annual Y Men's Club Golf Tournament began with a special celebration Friday morning at Norwoods Golf Course, as the club presented its largest gift yet to the Hannibal YMCA.

The Hannibal Y Men's Club raises funds during the year through the Mud Volleyball Tournament, Down By The River concerts at the Y Men's Pavilion on Hill St. and the annual Golf Tournament. Hannibal YMCA Business and Membership Director Kara Viorel said those activities all come together to make a big impact for the YMCA each year, and they culminated in the club's largest gift to the YMCA yet — $50,000 to fund roof repairs. Y Men's Golf Chair Scott Boehmer said the the fifth annual tournament attracted a strong turnout of 32 teams and a wide variety of sponsors.

Boehmer said several Y Men's Club members also sit on the YMCA Board of Directors, maintaining close communication for prioritizing needs and special projects at the Hannibal YMCA. He said the all of the Y Men's Club events will help fund those projects, with the golf tournament expected to raise $8,000-$10,000. Recent projects at the Y included a salt water conversion in the pool and solving a drainage issue in the parking lot. Boehmer commended team members, local businesses, industrial partners and other donors for their support.

“Without them, we can't have this tournament,” he said.

The Y Men's Club's support is vital for many of the services and projects that are needed each year at the Hannibal YMCA, Viorel said.

“The Y Men's organization is definitely a huge supporter of the Y,” she said. “They have been the reason why we can be so successful at the YMCA.” Abts agreed.

“They're amazing — not only the Down By The Rivers and of course the Mud Volleyball Tournament — but to finish the season off with this fifth annual Golf Tournament here at Norwoods, they're very successful fundraisers,” Abts said. “It's a beautiful day. We couldn't be happier.”