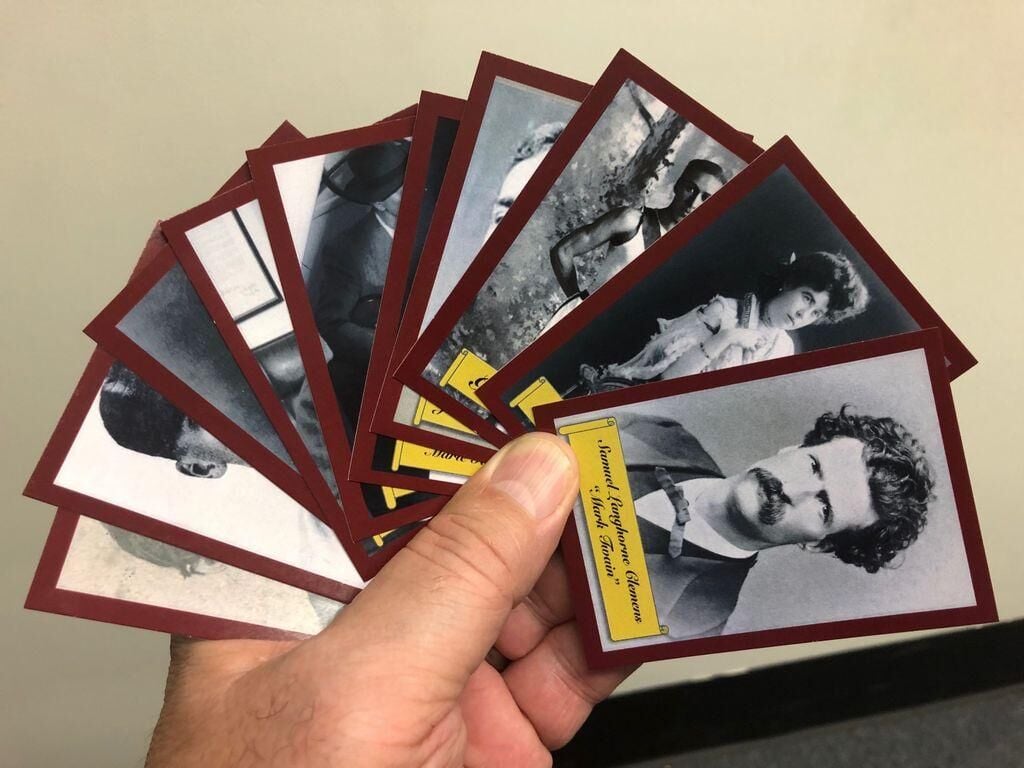 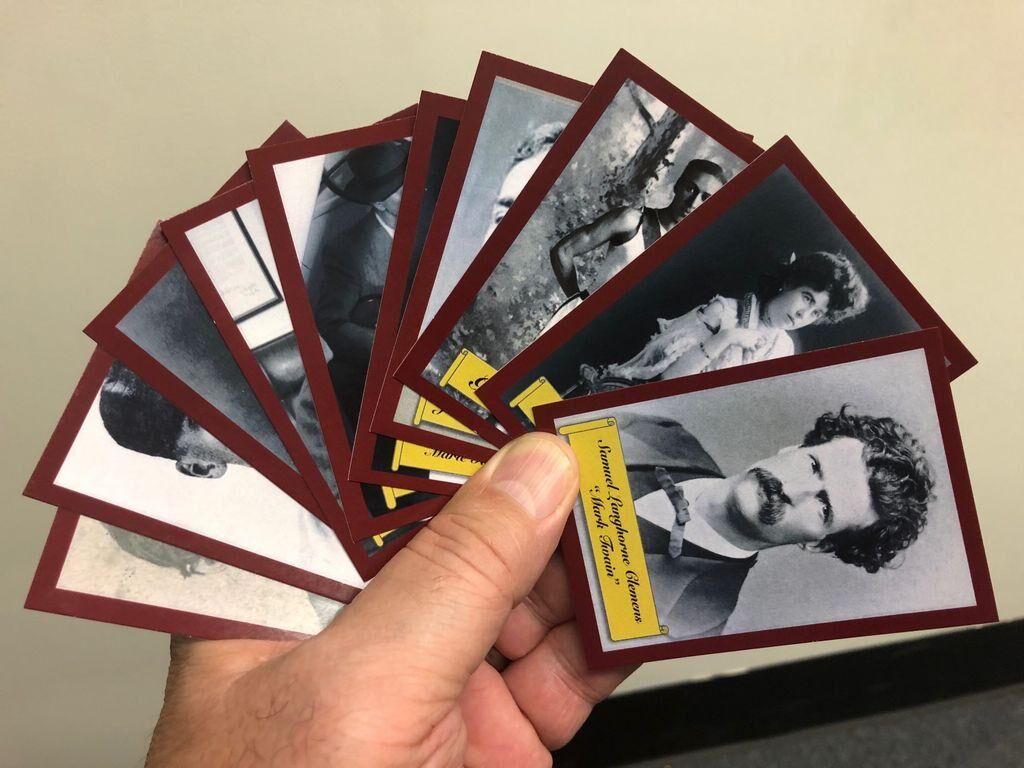 HANNIBAL – One unique way to celebrate Hannibal's bicentennial is by collecting trading cards bearing pictures of local residents who become famous many years ago.

Ten free cards are being distributed, one by each of Hannibal's 10 current Toms and Beckys.

Melissa Cummins, Tom and Becky Program coordinator, offered one example of the famous Hannibalians. She explained that during the old fashioned bicentennial baseball game on Aug. 31, people attending received a Jake “Eagle Eye” Beckley card from a Tom. Beckley played on several major league baseball teams before ending his career in 1907 with the St. Louis Cardinals.

• Moses Bates, who founded Hannibal in 1819 and built the first local house, which had an adjoining store.

• Molly Brown, who was born Margaret Tobin in Hannibal and became known as “the Unsinkable Molly Brown” after the Titanic disaster. She later became a social activist for workers and women's rights.

• Marie Byrum, who at age 26 became the first woman to vote in the United States, after passage of the 19th Amendment to the U.S. Constitution. She voted on Aug. 31, 1920, in a Hannibal aldermanic election.

• Admiral Robert E. Coontz, who became chief of naval operations in 1919 and commander of the U.S Fleet in 1923.

• Cliff Edwards “UkuleIe Ike,” who acted in more than 100 films and was inducted into the Grammy Hall of Fame.

• William “Bill” Lear, a self-taught inventor with more than 120 patents. He invented the Lear Jet and developed the eight-track cartridge audio tape system.

• George Poage, the first African-American to win a medal in the Olympic Games. He won bronze medals in 1904 in St. Louis for the 200-metre hurdles and 400-metre hurdles.

Cummins invited the public to “find a Tom and Becky strolling through the Hannibal Historic District” each weekend in September or meet one of these young Hannibal ambassadors at a public event.

A Tom and Becky will attend at least two local events on Saturday, Sept. 14, Cummins said. They will be at the Taste of Twain at the Mark Twain Boyhood Home and at the Loafers Club cruise at Central Park.

Later they will attend the Hannibal Oktoberfest on Sept. 27 to 29 in downtown Hannibal.

Gail Bryant, leader of the Hannibal bicentennial committee, also encourages Hannibalians to collect the cards honoring the Hannibal historians. She said with Toms and Beckys attending many local events, the cards may be collected all year.